"Didn't help us": Guy Fieri calls out Jeff Bezos for not donating to relief fund for food workers

While companies like PepsiCo and Uber Eats contributed to Fieri's $25 million fund, Bezos allegedly opted out 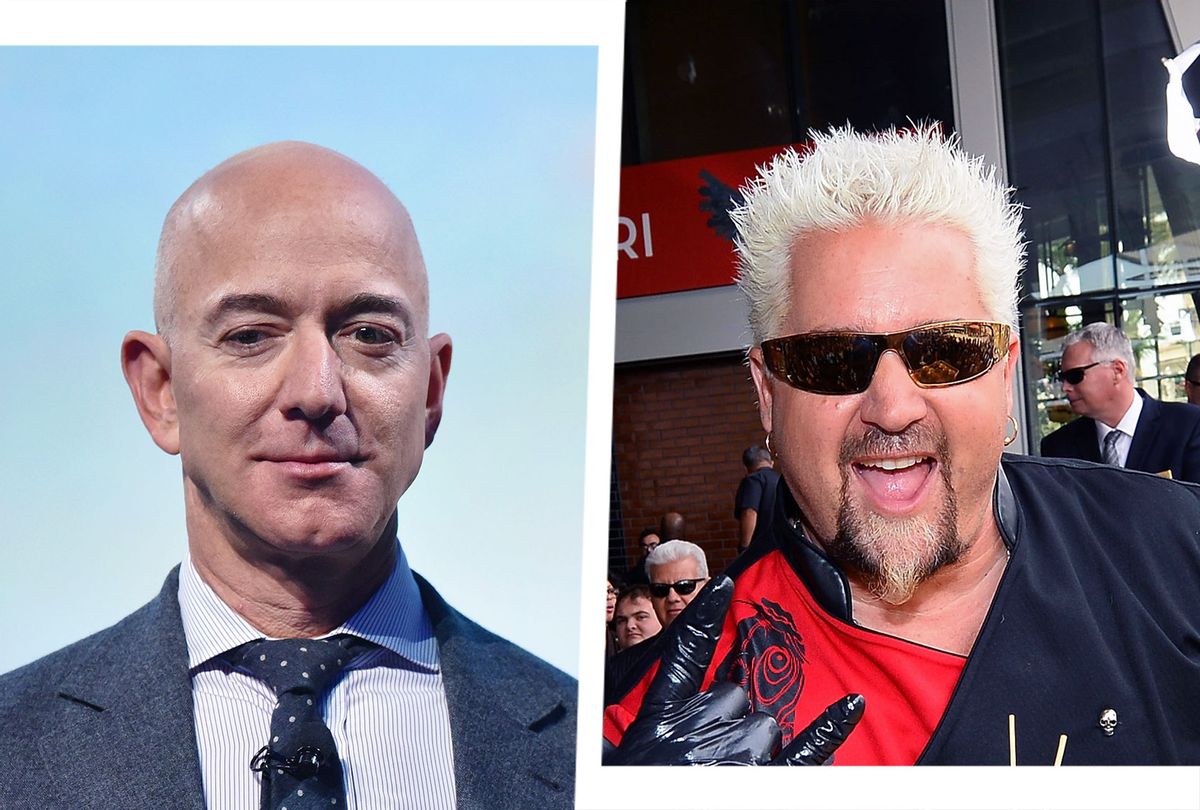 Food Network star Guy Fieri claimed that Amazon founder Jeff Bezos did not contribute to an emergency relief fund that the honorary Flavortown mayor formed for out-of-work restaurant employees during the COVID-19 pandemic.

In an interview with The Hollywood Reporter, Fieri said he launched the relief fund soon after the pandemic began because he was angry at the way local restaurants were left out of the handling of the national health crisis and associated government relief efforts.

Most of the small, local restaurants that would have appeared on his long-running Food Network series "Diners, Drive-Ins and Dives" likely only had enough money in the bank to last 10 days amid government-mandated shut-downs and reductions of services, Fieri told the Hollywood Reporter.

"[Fieri] decided to ask his business manager for contact info for CEOs of major corporations," the article said. "He drafted personal emails to power brokers like Amazon founder Jeff Bezos, soliciting donations for an emergency relief fund that would ultimately award more than 43,000 grants — of $500 each — to out-of-work line cooks, servers and other restaurant professionals."

Food Network President Courtney White said there was no better salesman than Fieri.

"There's a power to his enthusiasm," she said. "It gets people to rally around his vision, whether it's a pitch for a show or in raising all that money."

"I'm not into shaming people and telling who didn't donate," he said. "That's not my style."

However, after a pause, Fieri revealed to the publication that neither Bezos nor Amazon had rallied around the cause.

Regardless, Fieri has raised more than $25 million for food workers left unemployed by COVID-19 closures over the last year. He also co-directed "Restaurant Hustle 2020: All on the Line," a documentary that premiered in December and highlighted four chefs trying to stay in business amid the pandemic. A sequel is planned for this summer.