In 2016, Duggar admitted to molesting at least five underage girls, four of whom were his sisters 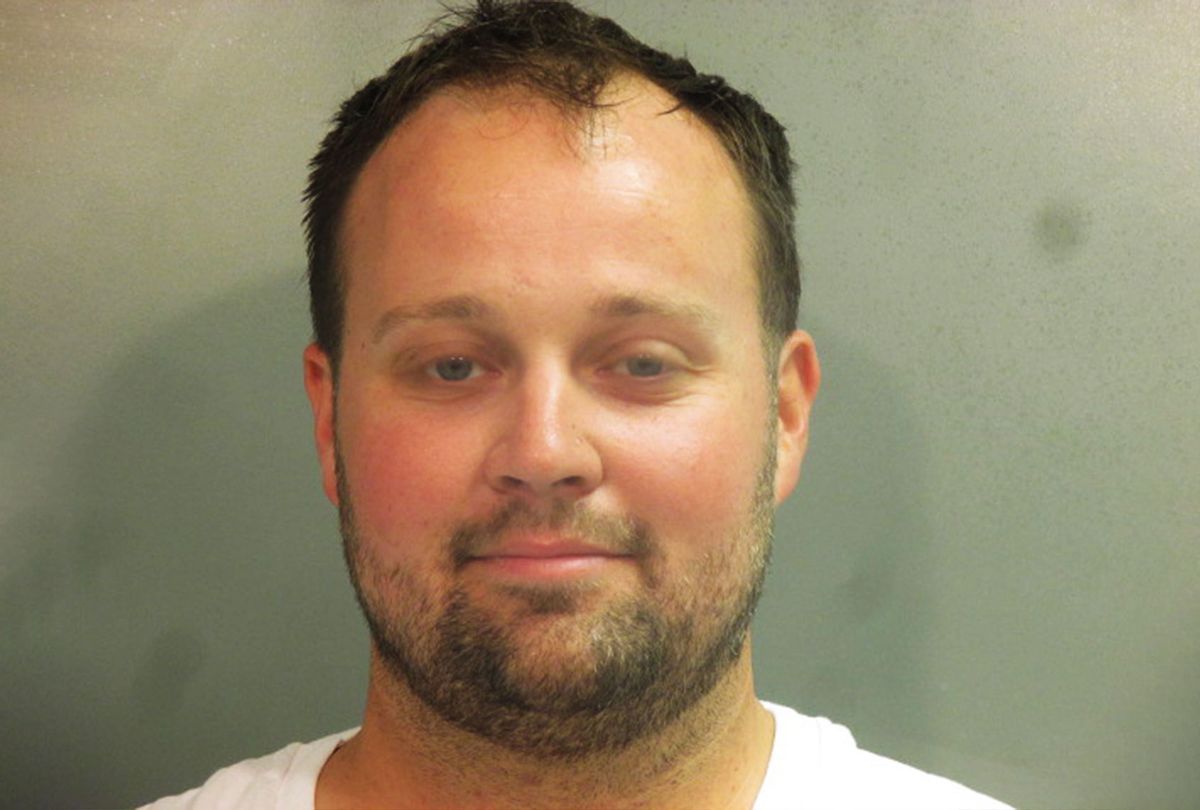 In this handout photo provided by the Washington County Sheriff’s Office, former television personality on "19 Kids And Counting" Josh Duggar poses for a booking photo after his arrest April 29, 2021 in Fayetteville, Arkansas. Duggar was reportedly arrested by federal agents and is being detained on a federal hold. (Washington County Sheriff’s Office via Getty Images)
--

Josh Duggar, a former star of the television show "19 Kids and Counting," has formally been charged in federal court with charges of receipt and possession of child pornography following his arrest in Arkansas on Thursday.

In May 2019, Homeland Security agents raided the car dealership where Duggar works in connection with a federal probe and a new federal indictment, which was obtained by Arkansas news station KHBS, accuses Duggar of knowingly receiving child pornography and posessing it in May 2019. It includes images of minors under the age of 12.

Duggar pleaded not guilty to the charges.

According to KHBS, Judge Erin Wiedemann has set a bond hearing for Duggar for next week.

"Given the nature of the charges against him, the court would likely require a third-party custodian that could live with him and would ensure compliance with the conditions of bond," Weidemann said.

She also said Duggar — who just announced that he and his wife, Anna, are expecting their seventh child — would not be allowed to have minors around him if he were released.

Duggar is the oldest child of Jim Bob and Michelle Duggar, who starred in the TLC reality series "19 Kids and Counting." The Duggar family has publicly identified as Independent Baptists and much of the show was dedicated to how their conservative, "quiverfull" brand of Christianty played out in day-to-day life. The quiverfull movement is one that views children as blessings from God and discourages all forms of birth control, including natural family planning.

The show premiered in 2008. By 2013, Joshua Duggar had taken a job with the Family Research Council, an organization that is classified as an anti-gay hate group by the Southern Poverty Law Center. However, he resigned from that position in May 2015 when news broke that he had molested at least five under-age girls, including four of his sisters, when he was 14 or 15 years old.

At the time, Duggar released a statement saying that his parents were aware of the situation and had sought counseling for him.

"Twelve years ago, as a young teenager, I acted inexcusably for which I am extremely sorry and deeply regret. I hurt others, including my family and close friends," he said in a statement at the time. "I confessed this to my parents who took several steps to help me address the situation. We spoke with the authorities where I confessed my wrongdoing, and my parents arranged for me and those affected by my actions to receive counseling."

Multiple members of his family went on record saying that they forgave him for his behavior, however, "19 Kids and Counting was cancelled by TLC. Several months later, Duggar admitted to using the website Ashley Madison — which was marketed to married individuals seeking discreet affairs — after records of credit card transactions under his name were released during a data breach.

He released a follow-up statement on his family's website, in which he admitted to being unfaithful to his wife.

"I have been the biggest hypocrite ever," he wrote. "While espousing faith and family values, I have secretly over the last several years been viewing pornography on the Internet and this became a secret addiction and I became unfaithful to my wife."

In November 2015, adult film star Danica Dillon claimed that Duggar had "assaulted her to the point of causing her physical and emotional injuries" while the two were having consentual sex at a Philadelphia strip club in early 2015. She sued him for $500,000 in damages. The suit was, however, dropped in 2016 by Dillon.

The Duggar family issued a statement on their website Friday afternoon.

"We appreciate your continued prayers for our family at this time," it said. "The accusations brought against Joshua today are very serious. It is our prayer that the truth, no matter what it is, will come to light, and that this will all be resolved in a timely manner. We love Josh and Anna and continue to pray for their family."