Chris Wallace to GOP senator: Why oppose childcare if one-quarter of kids in state endure poverty?

"Forget whether it's infrastructure or not -- wouldn't [your constituents] benefit from these government programs?" 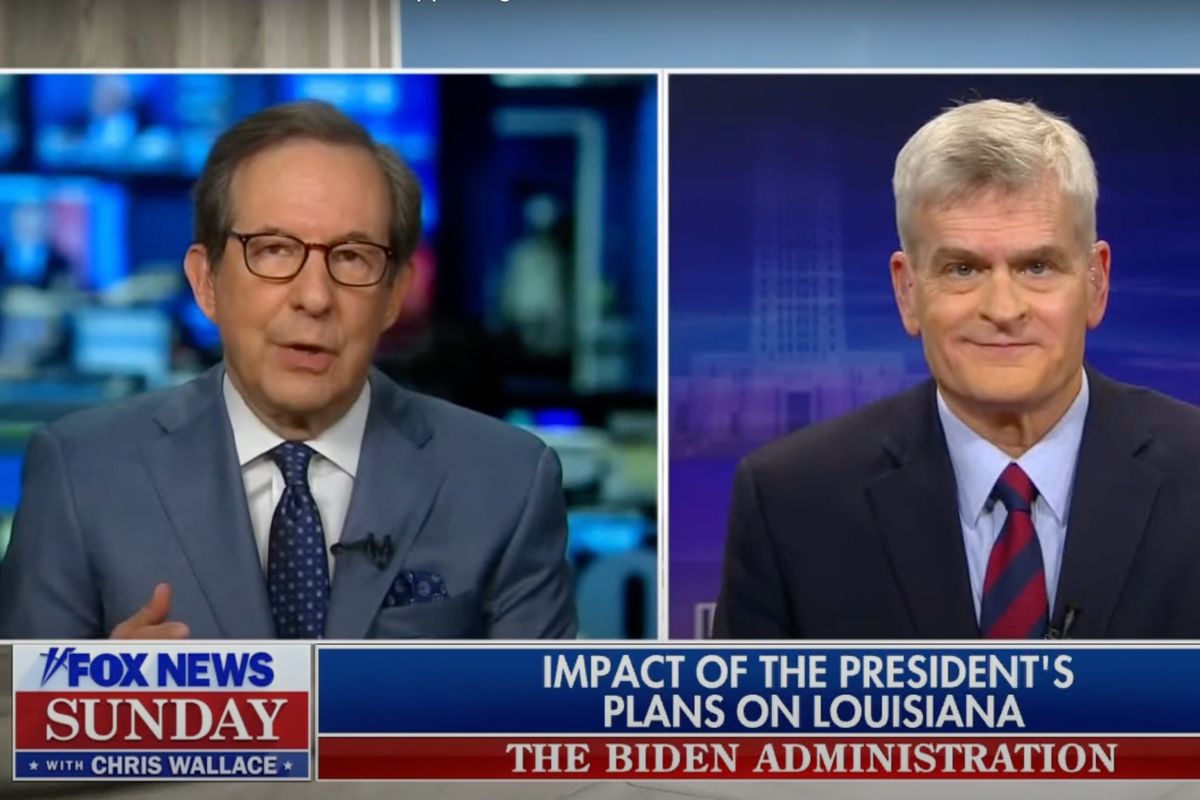 Fox News host Chris Wallace on Sunday challenged Sen. Bill Cassidy (R) of Louisiana over his opposition to government child care services despite the high rate of child poverty in his state.

During an interview on Fox News Sunday, Wallace noted that President Joe Biden has proposed $225 billion in spending for child care programs.

"Which of those programs do you think people in your state don't need?" Wallace asked.

"It's not infrastructure," Cassidy complained. "When people say, 'Wait a second, I like this because we need a new bridge across the Calcasieu River in Lake Charles,' I'm saying this plan will not give it to you. The amount of spending for roads and bridges is so low and split between 50 states over 5 years, you're not going to get your bridge."

"Now we may need this," he added. "But that is not going to give you a road and bridge. And that's what people in my state would really like to see."

Wallace pressed: "There are a lot of programs that aren't infrastructure and the question I'm asking you is would you support the government paying for them?"

"I don't know if they would," Cassidy insisted. "If you think about the main driver of elevating out of poverty, it's good education."

The Lousisana senator went on to blast teachers and teachers unions for canceling in-person learning during the COVID-19 pandemic.

"What we saw during the pandemic was teachers unions keeping schools shut even when the Centers for Disease Control said it was safe to go back," Cassidy complained. "The president wants to give universal pre-K run by the same teachers unions."

"There's more money going to the school systems and the unions and yet they still won't open?" he added. "Not because the CDC says it's not safe, but because they don't want to? Your kids are not going to have a better education. They're just not. So whether or not these programs benefit those who need it, we don't know."

Watch the video below via Fox News: