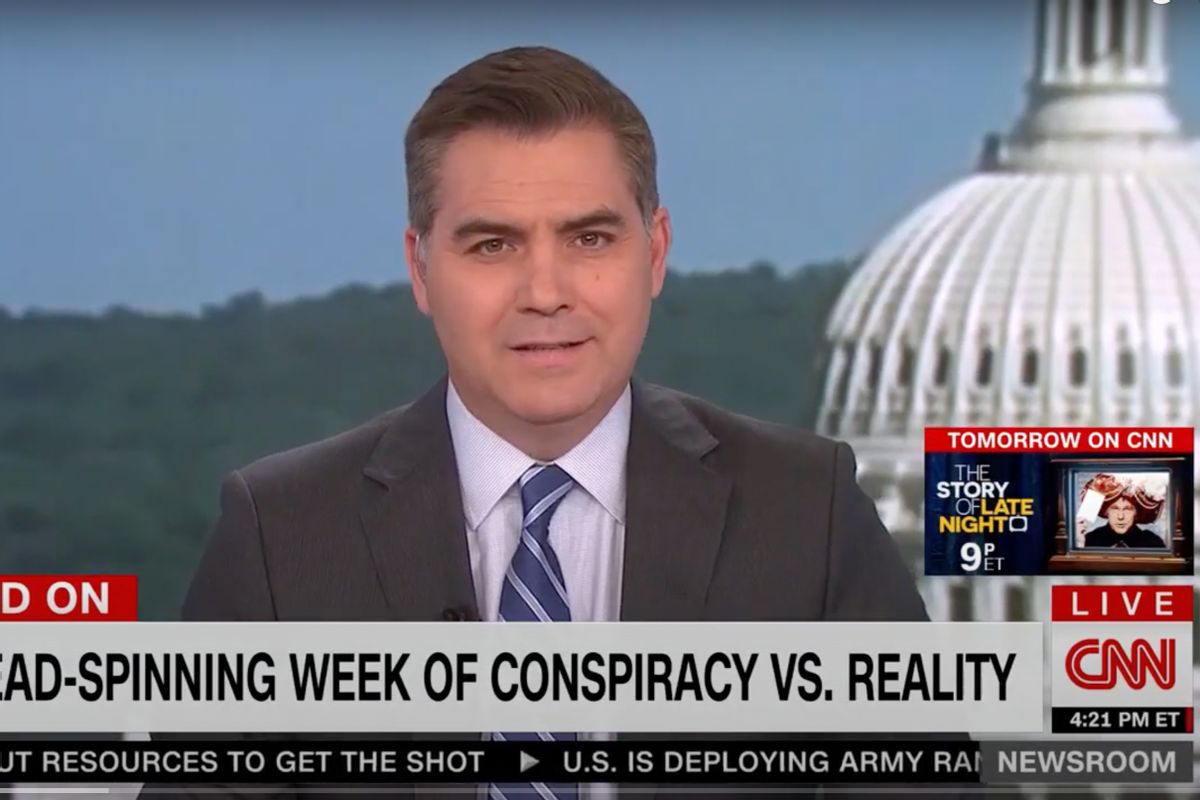 "We need to hit the pause button and address what has been another mind-boggling week in disinformation," Acosta said.

Acosta noted the story had been debunked.

"But that didn't matter to some on the far-right, the same bad-faith actors who are always peddling this bogus red meat," he explained.

"What's really sad is that even prominent Republicans are still repeating this even after the story was debunked. The top House Republican, Kevin McCarthy repeated the lie on Fox News after Biden's speech to Congress."

"That tale from the border didn't just border on BS, this was USDA Grade-A bullsh*t. And the (NY Post) reporter who wrote the story resigned, claiming she was forced to make it up. But the damage was done, pumped out over the airwaves at the bullsh*t factory also known as Fox News," he explained.

"Now you may want to laugh this off, as the old saying goes, while the truth is still lacing up its boots but the lies these days are moving at the speed of light while spreading so much darkness," he explained.

"Remember, lies, big lies can have terrible consequences. Just four months ago we all witnessed the fallout about the 'Big Lie' about the election...and it should've served as an a lesson on how lies can kill," Acosta reminded. "They travel at the speed of light and spread too much darkness."