The reason dresses and jeans have fake pockets

Jeans sometimes have a fake pocket. There are reasons for that, but they're not necessarily good ones 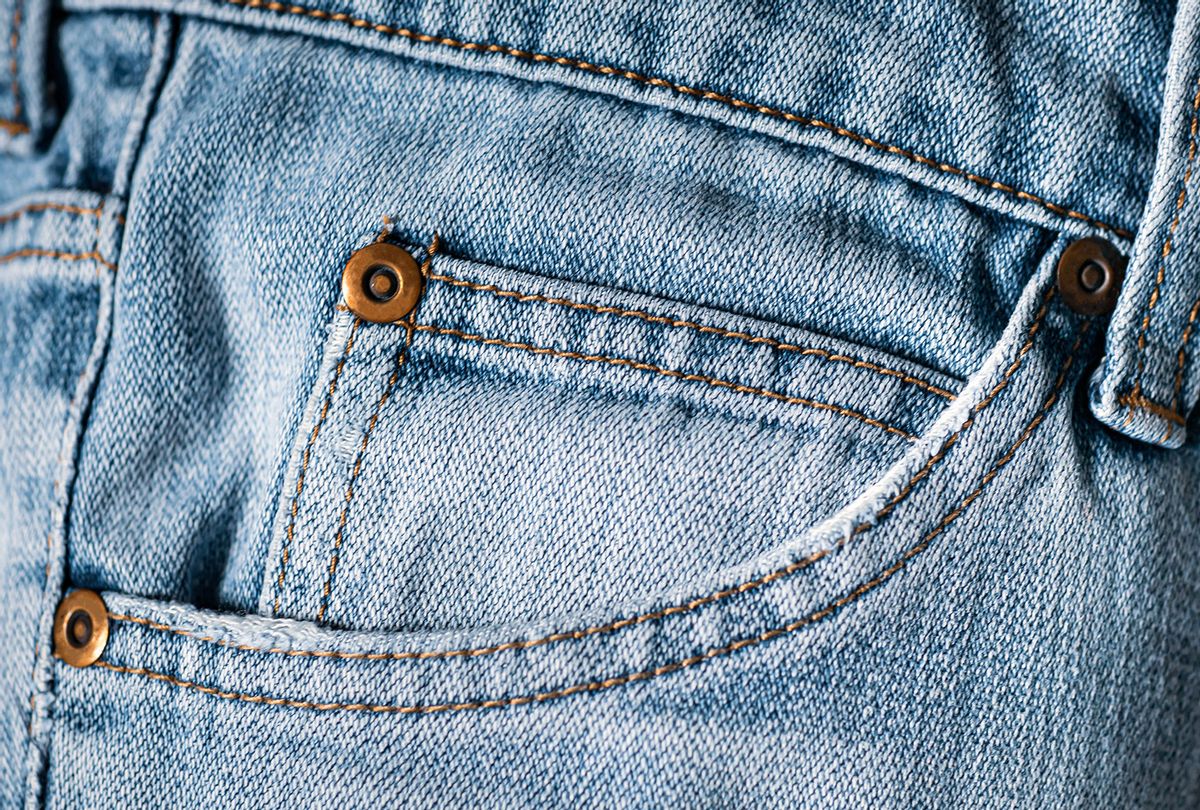 Clip-on ties. Fake button holes. Clothing can sometimes be a source of optical illusions. None may be more peculiar than the faux pocket. It's there when you try on a dress or pair of jeans, try to dig your hand into the pocket, and realize there's no depth to it. The pocket isn't there.

You'll see it in women's clothing, men's suits, and more. Why do apparel companies do this? Why do some pieces of clothing sport fake pockets when the real thing is so practical?

For the garment industry, the reason for a fake pocket is simple. For clothes that sport a specific kind of cut or form, pockets might alter the shape either in the warehouse or on the retail rack. By eliminating pockets in key areas, the apparel is able to maintain its aesthetic profile.

The practice dates back to the 17th century, when pockets were actually removable bags in dresses that women would carry from one ensemble to the next. (This was a wonderful thing for pickpockets, who could simply run off with the entire pocket.) As more streamlined clothing appeared, slim pockets began being sewn into apparel, making a person's silhouette more aesthetically pleasing for designers.

But after the French Revolution of the 1790s, slim skirts were in, and pockets were out. Bereft of their pocket bags, women turned to handbags instead.

Then designers decided the cut of certain clothing was being disrupted—not only on the rack, but in wearing it. Designers didn't like the idea of people shoving their hands into their pockets, bunching up the fabric. To discourage any kind of pocket-related distortion, they simply offered pockets that appeared practical but weren't.

So why have pockets at all? For many articles of clothing, especially jeans, people have grown accustomed to seeing pockets as part of the design. It would be odd to see a pair of Levi's without hand-sized pockets on the hips.

The problem exists primarily with women's apparel, though men's suits often fall victim to the practice. You can also blame the fashion industry, which touts dynamic designs emulated by manufacturers. A dress on a runway doesn't need pockets; by the time a variation of it reaches store shelves, it still doesn't have any.

If you're flummoxed by the lack of pockets in your clothing, there are workarounds. Labels like Pivotte Studio specialize in women's clothing with functional pockets. And some apparel manufacturers use real pockets instead of fakes—they just sew them shut to maintain the clothing's profile during transport or when people try them on to see if they fit. You can simply snip the threads sewing the pocket shut to make use of them again.