How Donald Trump is helping Joe Biden build back better 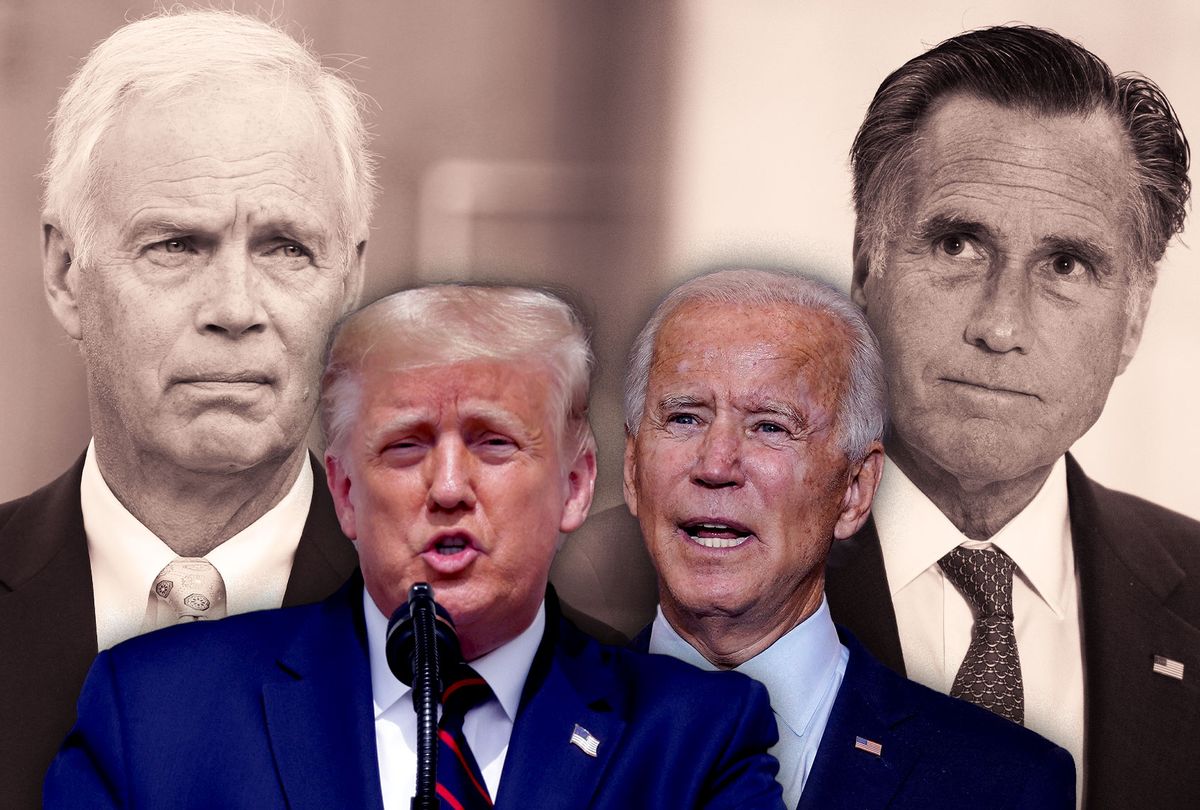 People tend to think of "activists" as left-wingers who march in the streets against wars or organize rallies for civil rights and social justice. And there is a great tradition in America and around the world for such liberal activism. But it's not just the left that has an activist tradition. The right has one too — and it's often extremely effective.

In the post-WWII years, the right in the U.S. was focused on anti-communism and far-right groups like the John Birch Society attracted middle-class men and women to join clubs and meet to discuss how to fight the onslaught from inside their suburban cul de sacs. In the New Republic some years back, historian Rick Perlstein recounted a hilarious quote from a Dallas housewife in Time Magazine in 1961 saying, "I just don't have time for anything. I'm fighting Communism three nights a week." From the Goldwater campaign in 1964 on, right-wing activists focused much of their energy on getting Republicans elected to office, from school boards to the presidency, and were quite successful at it.

The right-wing grassroots has always organized itself around the idea that they are under siege and unless they pull together to defend themselves, everything they value will be destroyed. Whether it was fighting communism, secularism, terrorism, civil rights or whatever social justice movement that was supposedly threatening their way of life, the right has always been convinced that they are in imminent danger. And when they find themselves at odds with their own fellow Americans, as they so often do, this sense of victimization and martyrdom is what fuels the culture war at the heart of their complaints. As Perlstein wrote in that 2006 piece:

Conservative culture itself is radically diverse, infinitely resourceful in uniting opposites: highbrow and lowbrow; sacred and profane; sublime and, of course, ridiculous. It is the core cultural dynamic--the constant staging and re-staging of acts of "courage" in the face of liberal "marginalization"--that manages to unite all the opposites. It keeps conservatives from one another's throats--and keeps them more or less always pulling in the same political direction.

Donald Trump, however, has upended that longstanding dynamic — and the party establishment has no idea what to do about it.

Igor Bobick of the Huffington Post recently reported that Republican officials are anxiously awaiting a resurgence of the Tea Party, which they have been expecting to reconstitute in the face of Joe Biden's ambitious agenda. It was, after all, a smashing success back in 2009 and 2010 in opposing President Barack Obama's health care plan. You'd certainly assume that they'd be getting the band back together. But so far, it isn't happening. And there's a reason for it: people like what they are seeing.

Bobic quotes deficit hawk Republican Sen. Mike Braun saying, "even my counties back in Indiana are happy, which is a very conservative area. They're asking, 'How can I spend $15 million in a rural county?'" Braun ruefully admits that Biden's agenda is a smart political move and he's right. Biden and the Democrats are betting that people are hungry for some positive government action and they are determined to deliver it.

But there's more to it than that.

The Tea Party was a grassroots movement but it was also heavily subsidized by some of the wealthiest activists in the country. The Koch brothers' operation and other wealthy interests spent quite a bit of money to make the Tea Party a reality because their libertarian ideology really was on the line. But when you think about it, it was a bizarre set of issues for grassroots activists who usually organize themselves around a sense of victimization. And it didn't really fit their usual modus operandi. The "threat" was a total abstraction. How were they "victims" of other people getting health care?

Sure, the right has always opposed government programs if it would benefit those they believe don't deserve them (and I think you know who those people might be). But the outrage against Obamacare was really all about Obama. They had to sublimate their racist backlash into something and that was on the menu but the war the Tea Party was really fighting was against the election of America's first Black president.

Yet some Republicans in Congress are still operating under the illusion that their voters really did care about deficits and will be moved to protest despite the fact that they still adore Donald Trump, a man who didn't care about any of that. In fact, right-wing grassroots activists are already engaged in a battle that is far more energizing and interesting to them than any of that egghead economic stuff ever was: Donald Trump's Big Lie.

According to a new CNN poll, 70% of Republicans believe the election was stolen. And they are taking action. We all know about the flurry of restrictive voting laws that are quickly being enacted all over the country and the preposterous "audit" taking place down in Arizona by a bunch of Trump fanatics and conspiracy theorists is probably just the beginning. The explosion of GOP grassroots activity in the states isn't just about Joe Biden or the events happening in Washington. They are also working night and day to punish Republicans who dared to disagree with Trump's version of events and ensure that Trump will be able to win the next election.

The Washington Post took a look at some of the grassroots action taking place around the country. They interviewed one Michigan organizer who is trying to censure and remove a Republican Party executive who accepted the results of the election. She said, "I think I speak for many people in that Trump has never actually been wrong, and so we've learned to trust when he says something, that he's not just going to spew something out there that's wrong and not verified." That sort of cultish delusion is forcing official rebukes and purges of Trump apostates all across the country.

And then this happened to Sen. Mitt Romney, R-Ut., over the weekend:

The motion to censure the former GOP presidential nominee failed 711-798, which I'm sure softened the humiliating blow. But it's bubbling up to Washington as well. The House GOP caucus thought they had successfully managed the "Liz Cheney problem" but it's coming back. Axios reported that there may be another vote to remove her and from the behavior of the leadership, it seems as though the worm has turned, no doubt because these Representatives are getting an earful from their activist base. The party is now eating its own.

Republicans counting on the Tea Party zombie to rise again had better come up with a Plan B. The activists the GOP in Washington wants to organize against Joe Biden's program are already booked. They're busy fighting other Republicans three nights a week.