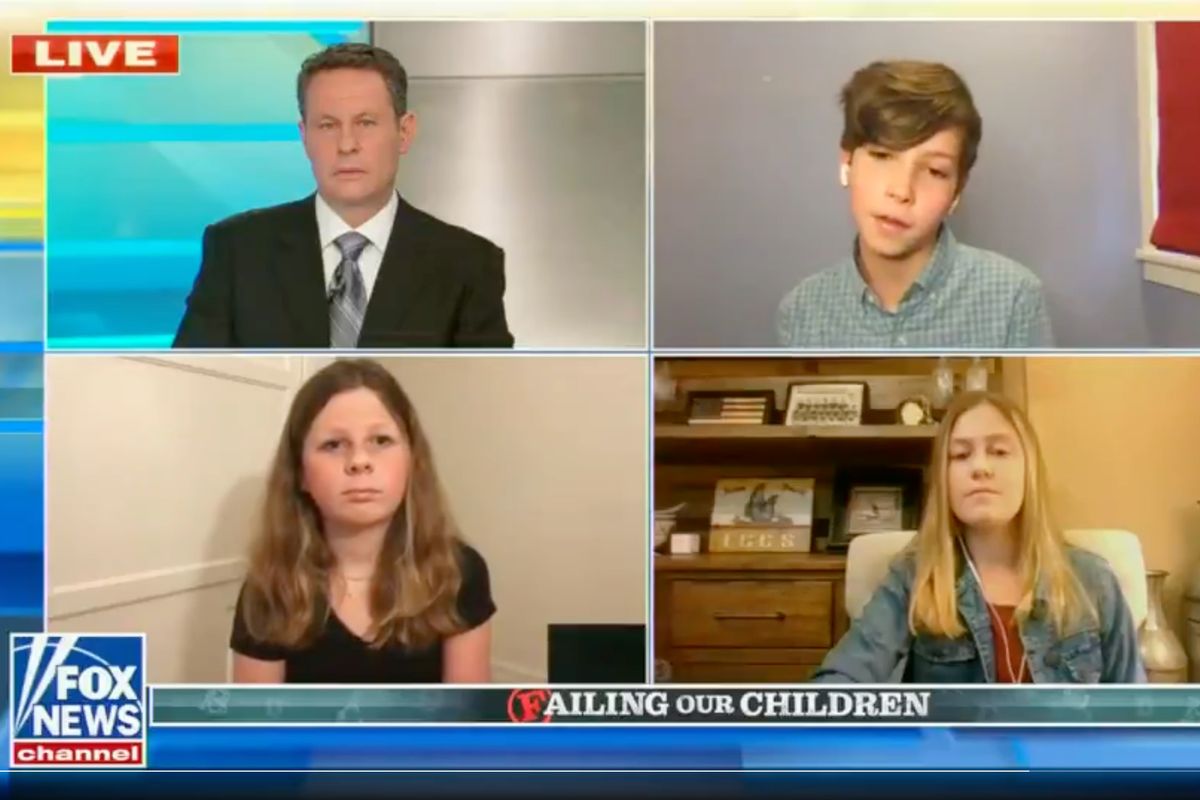 In a segment intended to highlight the failure to reopen schools, Kilmeade hosted several young students who have been learning from home over the last year.

At one point in the segment, Kilmeade asked one of a students, a sixth-grade boy, what he missed most about being in school.

The boy replied that he missed seeing friends and doing after-school activities, but then said that the school reopening process is being handled well by the Biden administration.

"I think that we're very, very close to getting back to school," he said. "And I think that the way our new president is handling things is a very good way, and we would not have gotten to this if it were still the last president."

"Really?" Kilmeade asked him. "That's hard to believe, because the last president was saying I want every kid back in school."