A bizarre worm that lives in sponges grows like a tree

A new study details the anatomy of a worm that has one head, many posteriors and lives in sea sponges 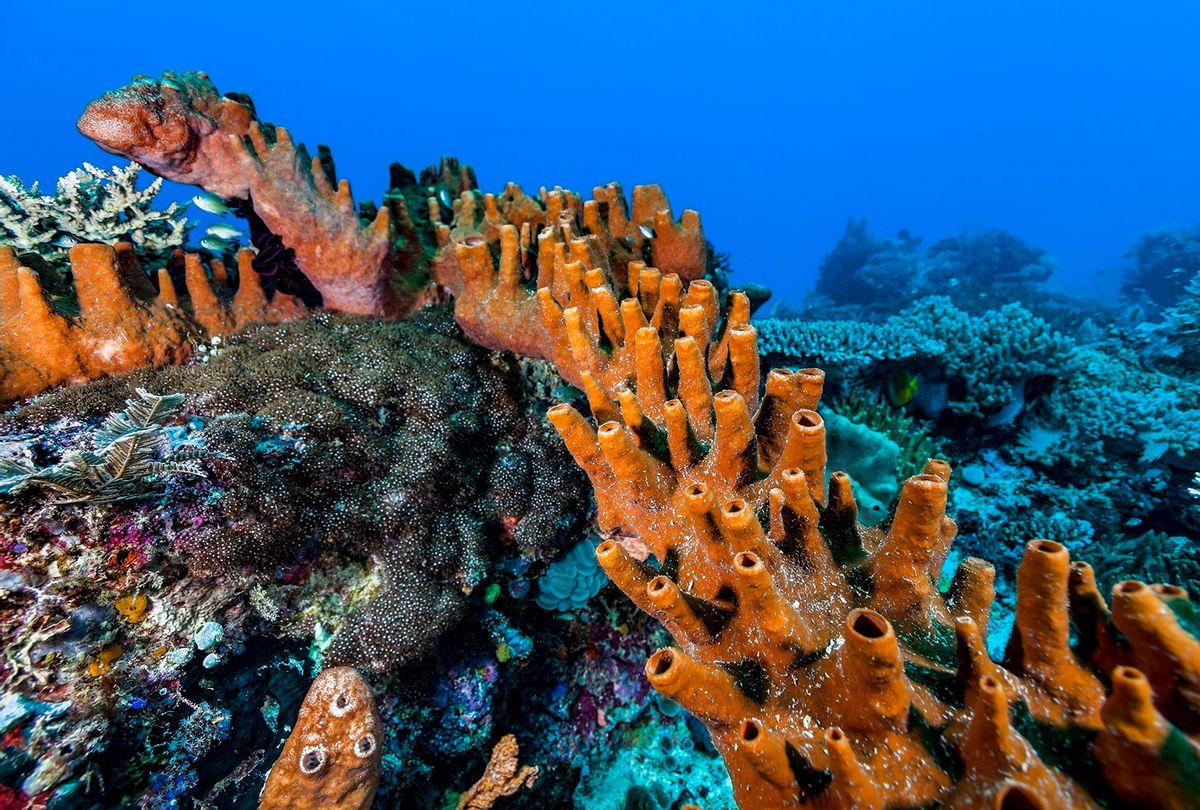 Can you imagine a worm so weird that it has one head and multiple butts?

No, this is not a creature out of a science fiction movie or a surreal "SpongeBob Squarepants" episode. The Ramisyllis multicaudata is an underwater worm that lives in the interior canals of sea sponges and is one of only two annelid species (a type of segmented worm like earthworms) to contain a body with branches that include one head and multiple posteriors — essentially growing like a tree. Thanks to a new study published in the Journal of Morphology, researchers have been able to learn a whole lot more about this very unusual creepy crawler.

The researchers, who were led by the Universities of Göttingen and Madrid, studied worms living in sponges that reside in the ocean off Darwin, Australia. The worm in question, whose bodies branch out extensively through their host sponges, are able to divide their internal organs when their own body divides. To create new branches for their bodies, the worms develop muscular bridges of a kind never before seen in an animal. These make it possible for the worm to create new branches as adults.

Things get even weirder from here. The Ramisyllis multicaudata reproduces using stolons, or a horizontal connection between organisms. Researchers found that the stolons for these specific worms have their own eyes and form a new brain. This makes it possible for them to effectively navigate their environment after separating from the worm's body so that it can fertilize.

The idea of an animal with a "branched body," as researchers say, is rare; only one other such branching worm is known, and it is a relative of this worm discovered in 1879. Trees and plants have been known to develop branches in such a way, and in many plants, their twigs can be broken off and become new plants. Ramisyllis multicaudata appears to be similar to plants in that way.

Senior author Dr. Maite Aguado from the University of Göttingen explained in a statement that while their research had answered many questions, others remain — particularly those related to nutrition.

"This study has concluded that the intestine of these animals could be functional, yet no trace of food has ever been seen inside them and so it is still a mystery how they can feed their huge branched bodies," Aguado explained. "Other questions raised in this study are how blood circulation and nerve impulses are affected by the branches of the body."