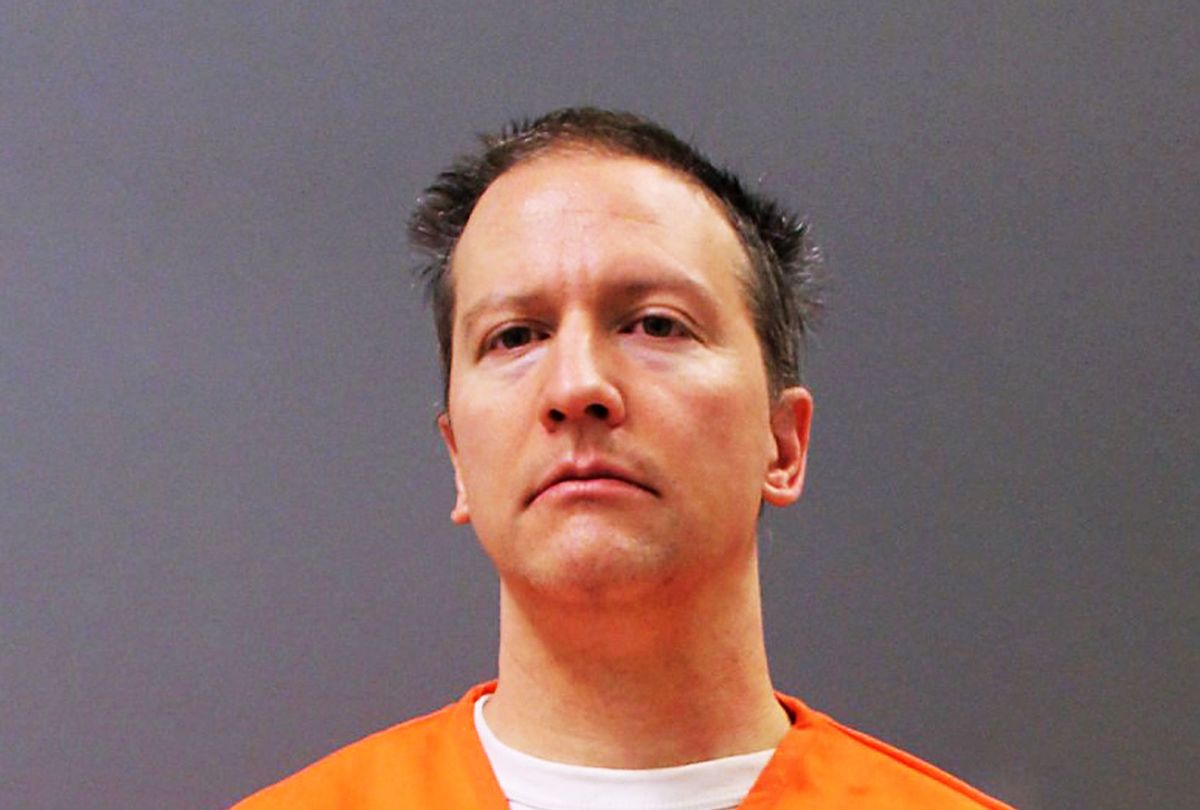 Former Minneapolis police officer Derek Chauvin poses for a booking photo after his conviction April 21, 2021 in Minneapolis, Minnesota. Chauvin was found guilty on all three charges in the murder of George Floyd. (Minnesota Department of Corrections via Getty Images)
--

On Friday, a federal grand jury charged Derek Chauvin, the former Minnesota police officer recently convicted of murdering George Floyd, with two new crimes over his use of excessive force against a 14-year-old Black boy in 2017.

Video footage of the encounter shows Chauvin, who was responding to a domestic violence call, aggressively handling a 14-year-old Black boy accused of assaulting his mother. Chauvin is shown striking the boy in the head with a flashlight, causing an injury that later needed stitches, according to ABC News. The ex-cop then "applied a neck restraint, causing the child to lose consciousness and go to the ground," per court documents, where Chauvin pinned the boy to the ground with his knee for 17 minutes despite alleged complaints from the boy and his mother that he was having trouble breathing. Chauvin eventually told the teen that he was under arrest before escorting him to an ambulance.

Minnesota state prosecutor Matthew Frank, who prosecuted Chauvin during his trial in late April, said that the video footage "show[s] a far more violent and forceful treatment of this child than Chauvin describes in his report [of the incident]."

"As was true with the conduct with George Floyd, Chauvin rapidly escalated his use of force for a relatively minor offense," Frank argued. "Just like with Floyd, Chauvin used an unreasonable amount of force without regard for the need for that level of force or the victim's well-being. Just like with Floyd, when the child was slow to comply with Chauvin and [the other officer's] instructions, Chauvin grabbed the child by the throat, forced him to the ground in the prone position, and placed his knee on the child's neck with so much force that the child began to cry out in pain and tell Chauvin he could not breathe."

During Chauvin's trial, prosecutors argued that the footage was relevant to the case, as it demonstrated a pattern of Chauvin's violence. However, Chauvin's defense attorney rebutted that the ex-officer used proper police procedure at the time.

"The state makes a point of noting that the suspect was rolled onto his stomach and cuffed while Mr. Chauvin used his knee and body weight to pin the suspect to the floor," Nelson wrote. "As noted previously, this is how MPD officers are trained to handcuff individuals — particularly suspects who are resisting."

The evidence was ultimately dismissed by the presiding judge and was unable to be used in the trial.

According to the New York Times, at least 22 civilian complaints had been made against Chauvin, a 19-year-veteran, over the course of the cop's career. However, only one of them prompted disciplinary action. An expose by the Marshall Project, which interviewed several people who had run-ins with Chauvin during his time in the force, described a similar pattern of misconduct.

Chauvin's new indictment comes as his former colleagues – all of whom were at the scene of Floyd's murder –come under greater legal scrutiny. On Friday, two officers were charged with "willfully [failing] to intervene to stop Defendant Chauvin's use of unreasonable force," according to the official indictment. All four officers, including Chauvin, are accused of "acting with deliberate indifference to a substantial risk of harm to Floyd."