The debate over enhanced unemployment benefits has, predictably, broken down along familiar partisan lines 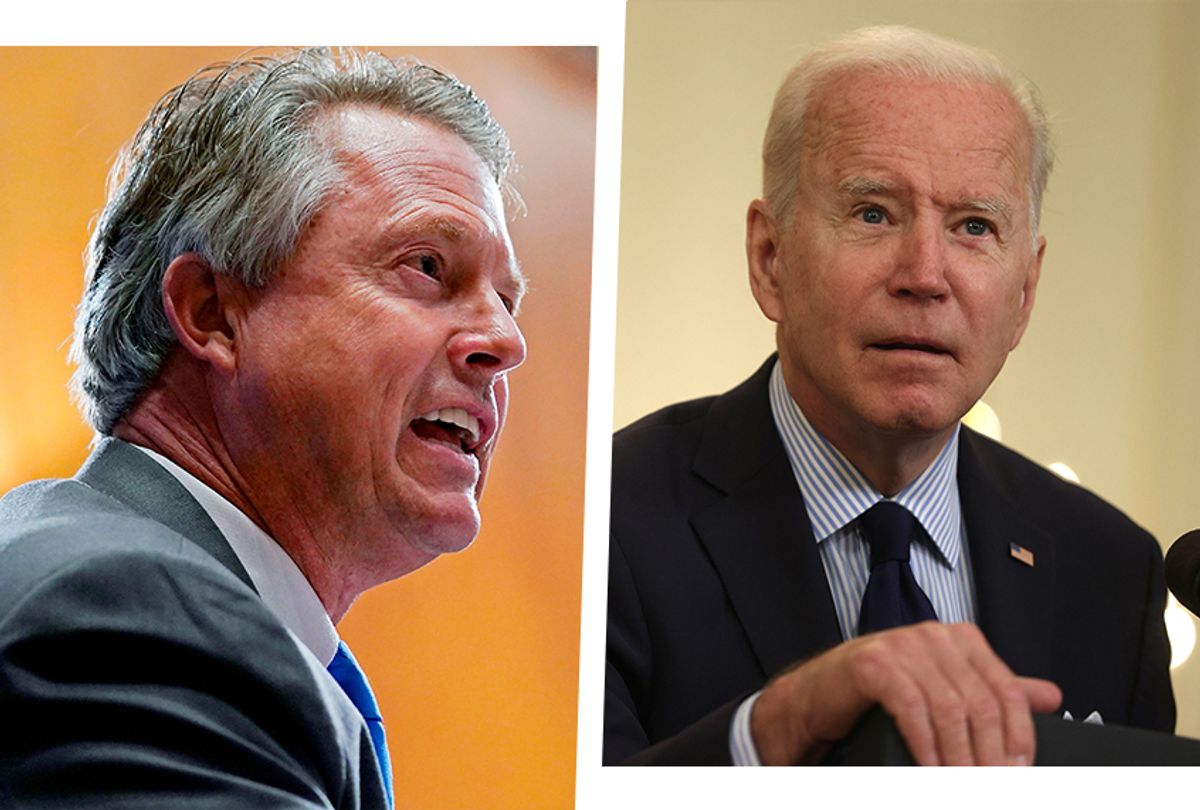 The U.S. economic recovery hit a roadblock Friday morning with the announcement of a less-than-stellar jobs report for the month of April, paired with a higher-than-expected unemployment rate.

American employers added just 266,000 jobs last month, and saw the unemployment rate rise from 6 percent to 6.1 percent — a far cry from the expected improvement to 5.8 percent that Dow Jones had estimated.

"Given the robust expectations of over a million jobs gained, it's hard to label this anything but a disappointment," Joseph Brusuelas, the chief economist at Chicago-based consulting firm RSM, told The Washington Post.

Widespread COVID-19 vaccinations, large amounts of stimulus money and the shedding of pandemic-related business restrictions are all boosting the amount of money U.S. consumers are pumping into the economy, but a labor shortage in some industries appears to be applying the economic brakes at exactly the wrong time — and nobody seems to be able to agree on exactly what's causing it.

The debate has, predictably, broken down along political lines. Conservatives have taken to blaming enhanced unemployment benefits, which they say incentivizes people to stay home by paying people more than they could make in currently available jobs. And despite the obvious solution, the appetite for a federal minimum wage increase — the last of which came more than a decade ago — on the part of Republicans in Congress seems to be nonexistent. Critics of the GOP line were quick to point out that businesses are also free to increase their wages immediately if they really needed the workers that badly.

"This bill creates an incentive for people to be unemployed for the next four months," Sen. Rick Scott, R-Fla., said.

"The federal unemployment benefit has made it almost impossible for service industry businesses to maintain their workforce," Sen. Lindsey Graham, R-SC, wrote in a statement.

Officials across the Biden Administration, however — and many nonpartisan analysts who study unemployment — were quick to dismiss the idea that the COVID-era $300 weekly federal unemployment booster was to blame for any reports of labor shortages. The Washington Post reports that Treasury Secretary Janet Yellen cautioned President Biden privately that more time and analysis are needed before declaring the problem to be widespread and even longer before determining an exact cause.

"I really don't think the major factor [holding back hiring] is the extra unemployment benefits," Yellen said during public remarks Friday. She cited workers' fears of contracting COVID-19 at work, difficulty in securing childcare as businesses reopen before schools and supply chain bottlenecks as bigger concerns weighing down the country's economy.

Stocks rose Friday despite the bad news — showing that, at least for now, investors see the situation as a temporary blip in the country's recovery.

Yet GOP governors in at least two states — Montana and South Carolina — have rolled back the additional benefits, and Senate Republicans are gathering behind an effort spearheaded by Roger Marshall of Kansas to end the enhanced unemployment on a federal level. The U.S. Chamber of Commerce, a pro-business lobbying group, also said in the wake of Friday's dismal jobs report that it would lean on the White House and Congress to end the benefits as well.

It's unclear how well the strategy will work. Biden seemed staunch in his support for the measure during a speech Friday, saying that he saw the jobs report as a "rebuttal to loose talk that Americans just don't want to work."

He also asked for patience, saying that his landmark American Rescue Plan "was designed to work over the course of a year — not 60 days."

"We knew this wouldn't be a sprint. It would be a marathon," he added. "Quite frankly, we're moving a lot more rapidly than I thought we would.