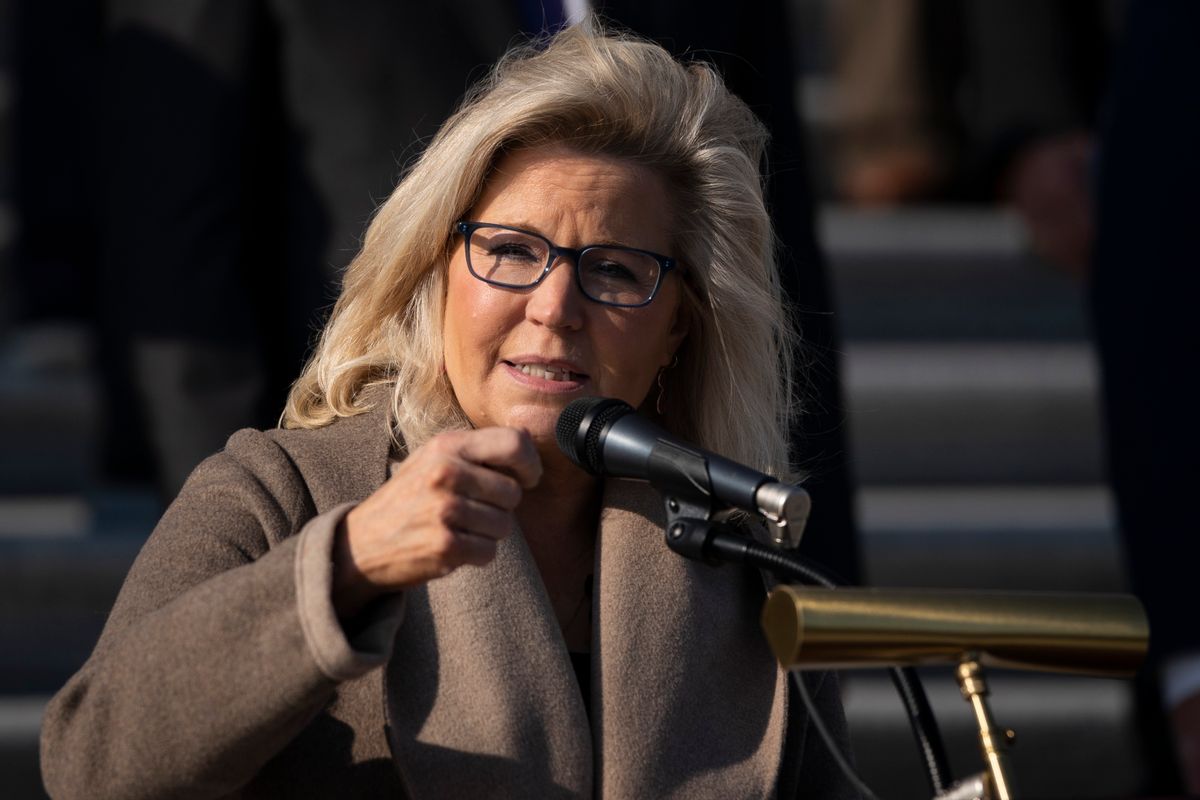 Rep. Liz Cheney (R-WY) was the organizer of an open letter by all living former Defense Secretaries against the military intervening in election disputes.

The revelation was made to Susan Glasser of The New Yorker by Eric Edelman, a friend of Cheney's who served as an advisor to her father.

"Cheney's rupture with the House Republican Conference has become all but final in recent days, but it has been months in the making. Edelman revealed that Cheney herself secretly orchestrated an unprecedented op-ed in the Washington Post by all ten living former Defense Secretaries, including her father, warning against Trump's efforts to politicize the military," Glasser reported.

It wasn't the only action she took.

"Little noticed at the time was another Cheney effort to combat Trump's post-election lies, a twenty-one-page memo written by Cheney and her husband, Phil Perry, an attorney, and circulated on January 3rd to the entire House Republican Conference. In it, Cheney debunked Trump's false claims about election fraud and warned her colleagues that voting to overturn the election results, as Trump was insisting, would 'set an exceptionally dangerous precedent.' But, of course, they did not listen. Even after the storming of the Capitol, a hundred and forty-seven Republican lawmakers voted against accepting the election results," Glaser wrote.

"American elections and the peaceful transfers of power that result are hallmarks of our democracy. With one singular and tragic exception that cost the lives of more Americans than all of our other wars combined, the United States has had an unbroken record of such transitions since 1789, including in times of partisan strife, war, epidemics and economic depression. This year should be no exception," the former defense secretaries wrote.

"Our elections have occurred. Recounts and audits have been conducted. Appropriate challenges have been addressed by the courts. Governors have certified the results. And the electoral college has voted. The time for questioning the results has passed; the time for the formal counting of the electoral college votes, as prescribed in the Constitution and statute, has arrived," they explained. "As senior Defense Department leaders have noted, 'there's no role for the U.S. military in determining the outcome of a U.S. election.' Efforts to involve the U.S. armed forces in resolving election disputes would take us into dangerous, unlawful and unconstitutional territory. Civilian and military officials who direct or carry out such measures would be accountable, including potentially facing criminal penalties, for the grave consequences of their actions on our republic."