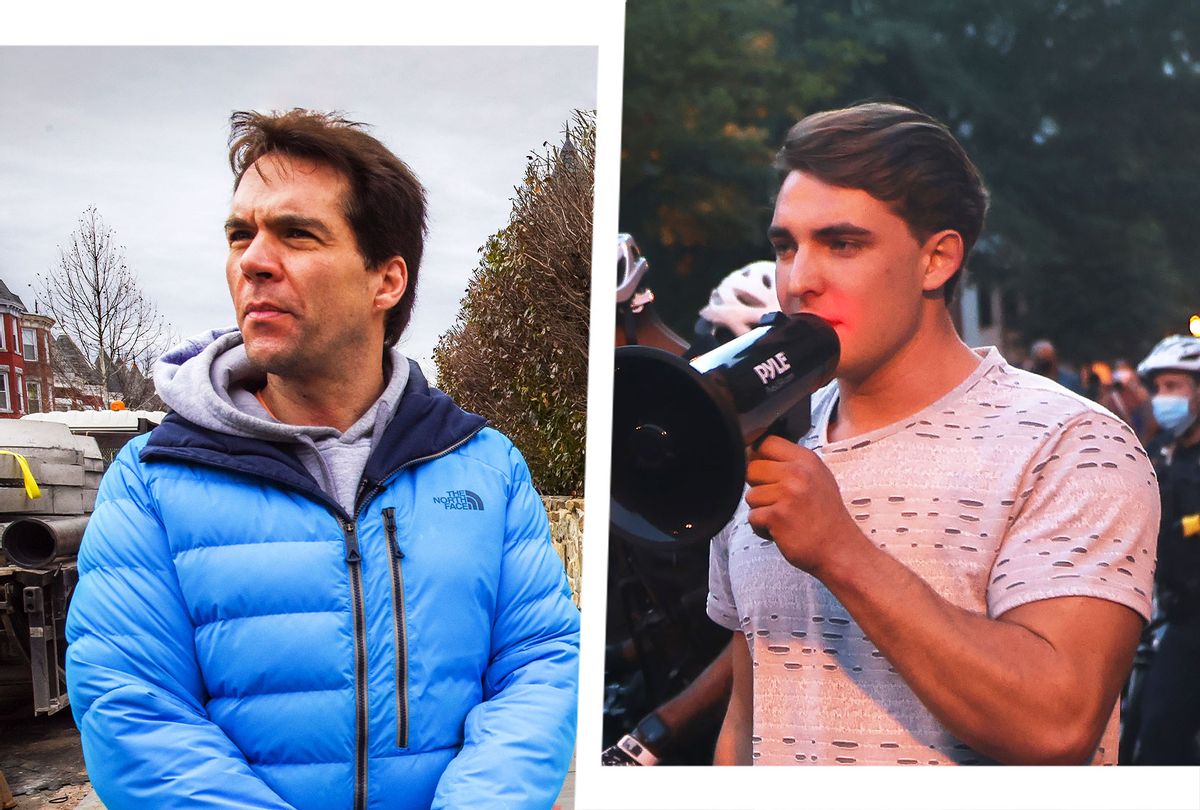 Blundering right-wing provocateurs Jacob Wohl and Jack Burkman — who became briefly notorious for their clumsy attempts to smear prominent Democrats with phony sex scandals — have somehow found a way to land themselves in even deeper legal hot water. On Thursday, New York Attorney General Letitia James announced that her office had filed a motion to join a federal lawsuit stemming from Wohl and Burkman's racist robocall scheme targeting Black voters in urban areas ahead of the 2020 election.

According to a press release from James' office on Thursday, Wohl and Burkman allegedly reached around 5,500 New Yorkers with their deceptive calls, and thereby had "violated state and federal laws by orchestrating robocalls to threaten and harass Black communities through disinformation, including claims that mail-in voters would have their personal information disseminated to law enforcement, debt collectors, and the government."

The statement from the attorney general's office offered an example of what the robocalls told New York voters:

Hi, this is Tamika Taylor from Project 1599, the civil rights organization founded by Jack Burkman and Jacob Wohl. Mail-in voting sounds great, but did you know that if you vote by mail, your personal information will be part of a public database that will be used by police departments to track down old warrants and be used by credit card companies to collect outstanding debts? The CDC is even pushing to use records for mail-in voting to track people for mandatory vaccines. Don't be finessed into giving your private information to the Man. Stay home safe and beware of vote by mail.

James went on to add in the statement that Burkman and Wohl "used misinformation to try to disenfranchise Black communities ahead of the election, in a clear attempt to sway the election in the favor of their preferred presidential candidate ... no voter should ever be subjected to such harassment or intimidation when exercising their fundamental right to vote."

When Wohl was reached for comment by Salon, he claimed he didn't know anything about the New York motion. "I don't have any comment on that," Wohl said. "I am not aware of it. I will have to get back to you."

A member of Burkman's family told Salon that [Burkman] "is just playing Russian roulette with the balance of his life."

A different individual close to Burkman who has worked at his property in Arlington, Virginia, put it more succinctly. "Lol, they are f*cked," that person told Salon, with "they" evidently referring to Burkman and Wohl.

Daily Beast reporter Will Sommer pointed out that if the pair is found liable in the federal lawsuit, James was positioned to collect nearly $2.75 million on behalf of New York state, with the duo potentially ordered to hand over all money earned from sending out their dubious robocalls to the government.

If the New York attorney general succeeds, Jacob Wohl and Jack Burkman would owe $2.75 million, on top of their potential prison time in other states. https://t.co/kREKaaAp5q

With more legal concerns crashing down on Wohl and Burkman, they must also fight legal actions stemming from the robocall scheme in numerous Midwestern states, including Michigan and Ohio, where both have been arraigned on felony charges, including several related to fraud. In an earlier appearance in court, while defending themselves without a professional attorney present, they admitted to the scheme.

Additional court documents that came to light last October shed light on Burkman and Wohl's motives and ambitions. "We should send it to black neighborhoods in Milwaukee, Detroit, Philadelphia, Charlotte, Richmond, Atlanta, and Cleveland," Wohl emailed Burkman on Aug. 25, 2020, according to The Daily Dot. Burkman responded to Wohl's email, writing, "I love these robo calls … getting angry black call backs … win or lose ... the black robo was a great jw [Jacob Wohl] idea."

Despite facing a tangle of civil and criminal charges, Wohl appeared blasé when asked multiple times by Salon if he was concerned about the prospect of millions in legal penalties and possible prison time. "Nope, there are still no legal concerns," Wohl declared with a chuckle.