Serial fraudster who tried to smear multiple Democrats may (or may not!) be involved in Matt Gaetz scandal 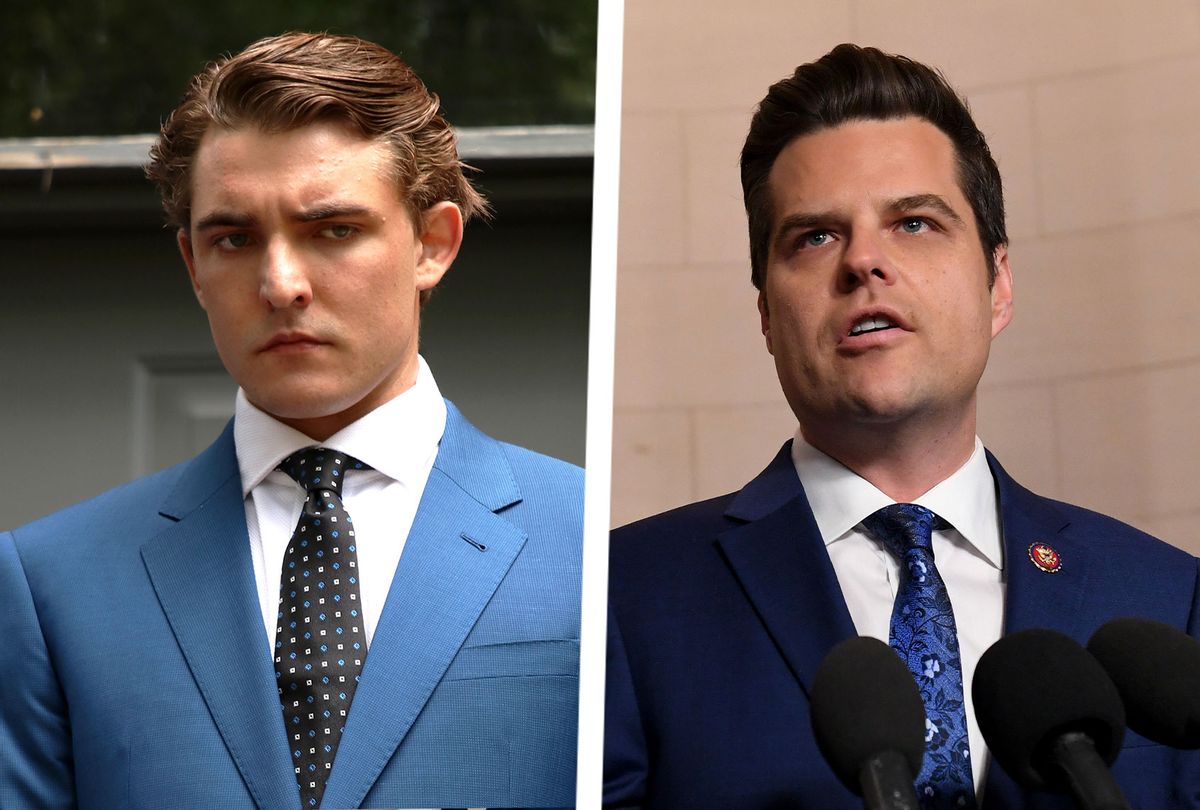 Right-wing serial hoaxer Jacob Wohl has a few problems on his hands. For starters, the young conservative activist, semi-famous known for holding dubious press conferences in an associate's driveway, has recently claimed to know the identity of the formerly-underage young woman with whom Rep. Matt Gaetz, R-Fla., allegedly had a sexual relationship, sparking an ongoing and convoluted federal investigation. Adding to the strangeness of the situation, a person close to Wohl who spoke with Salon said the fraudster has yet again bitten off more than he can chew, suggesting that Wohl has a personal animus against Gaetz and saw him as a "pedo" who needed to be taken down.

Over the past week, Salon has been trying to document the shadowy claims made behind the scenes of the Gaetz scandal. There remains no definite explanation of what's really going on in this murky affair — in which Gaetz has denied both an illicit relationship with an underage girl and also that he paid women for sex — but Wohl claims to know all the details behind the allegations against Gaetz. When questioned by Salon, however, Wohl's claims began to break down, even at times contradicted claims he made minutes earlier about the yet-to-be-identified young woman who has become the subject of nationwide rumor and speculation.

Last Tuesday night, Wohl sent out a Telegram message claiming to know the identity of the underage girl referenced in New York Times reporting. "I know who the girl is," Wohl wrote in response to a Times breaking news alert, adding gratuitously that Gaetz is "bisexual." Salon contacted Wohl, who claimed that he knew who the girl was and had details. It is worth noting that Wohl is known for a string of often outrageous and unsubstantiated hoaxes, some of which involved smearing major political figures with dubious allegations of sexual misconduct.

"A lot of people know this gal; she is actually from Florida but spends a lot of time in D.C.," Wohl claimed before giving a bunch of vague hints and insisting this reporter would recognize the young woman in question. "Matt Gaetz had a relationship with this person; I don't know the exact dates," Wohl said, claiming they "broke up" at the Trump International Hotel in Washington.

"I am basically telling you who this is," Wohl continued, without in fact doing so. He told Salon that Gaetz had a sexual relationship with this unnamed person, who is "no longer 17, she is 18 now," lives near Union Station in Washington, and throws lavish parties in her small apartment. Twenty minutes later, in a second conversation, Wohl revised the young woman's age upward, claiming that "as of right now, she is probably 19." Asked if he had attempted to extort Gaetz with rumors of this alleged affair, Wohl said, "That's just a stupid question. I have never attempted to extort anyone."

Throughout the conversation, Wohl frequently became derailed by various tangents, from "redefining the definition of sex trafficking" to "in-kind contributions," after which he would eventually find his way back to the purported central narrative. The unnamed young woman doesn't work in Washington, Wohl said, but rather is "subsidized by her father," and everyone in right-wing circles knows who she is. (This appears patently untrue.)

Days later, the press release from Wohl's operation dropped into media mailboxes. "In a valiant effort to separate fact from fiction surrounding a Federal Investigation into Republican Congressman Matt Gaetz, Jack Burkman and Jacob Wohl are leading an investigation through a non-partisan organization known as Project 1599. A cash reward of $25,000 is being offered in exchange for information that leads to the arrest or exoneration of Congressman Gaetz," it read. To claim that Burkman and Wohl's "organization" is "non-partisan" is quite a stretch: The duo have continually tried to smear leading Democrats, including now-Vice President Kamala Harris, Sen. Elizabeth Warren and former 2020 candidate Pete Buttigieg (now secretary of transportation) with preposterous concocted charges.

Wohl's associate Jack Burkman, a Washington lobbyist, spoke to Salon on both Monday and Tuesday of this week, but on both occasions hung up on this reporter after extended conversations, when asked whether he or Wohl had planted allegations about Gaetz with the FBI.

On Monday, Burkman expounded on his and "brother Wohl's" investigative "experience." He told Salon a press conference was in the works to bring "clarity" to the allegations, comparing their operation to an "investigative body" that simply wants to get to the "truth." The conversation abruptly concluded after Burkman was asked about contacts with the FBI, and he failed to pick up a return call.

Called again by Salon on Tuesday, Burkman launched into a seemingly irrelevant riff about seeking "clarity," observing: "You never know, you have a panorama of people," The call was once again cut off when Salon asked Burkman about the FBI, and yet again he failed to pick up a return call.

One source close to Wohl told Salon that Wohl has said to them that Gaetz "does like young girls and there is evidence" that the Florida congressman is a "pedo." The source also told Salon that Wohl appears to be fixated on "taking down" Gaetz, by riding on the coattails of rumors long circling around the young star Republican. When asked why Wohl would seek to damage a fellow Republican and Trump supporter, the source responded, "Attention."

When Salon sought additional comment from Wohl, his phone number appeared to be disconnected. However, later into the afternoon hours on Tuesday, Wohl called back, only to hang up quickly.

On Sunday, Gaetz tried to blame his messy situation on Wohl, retweeting right-wing reporter Patrick Howley's claim that mainstream media is basing its reporting on the serial hoaxer's claims. (That is clearly untrue.)

A lot going on here - but clearly, Matt Gaetz isn't pleased with Jacob Wohl claiming he knows the identity of the 17-year-old girl. pic.twitter.com/aHbio8Eb0a

Wohl has long traveled in pro-Trump circles in Washington, and has frequently been seen at the Trump International Hotel schmoozing with pro-Trump Capitol Hill staffers and MAGA-world Twitter personalities. Wohl was even once photographed there with Matt Gaetz. So there are only questions here, and no answers: Why would Wohl attempt to "take down" Gaetz by claiming he knows who the young woman linked to this scandal is, and then put out a press release seeking information which he would already have if he actually knew her identity? Conceivably, this could be Wohl's last-hurrah hoax before he ends up in prison.