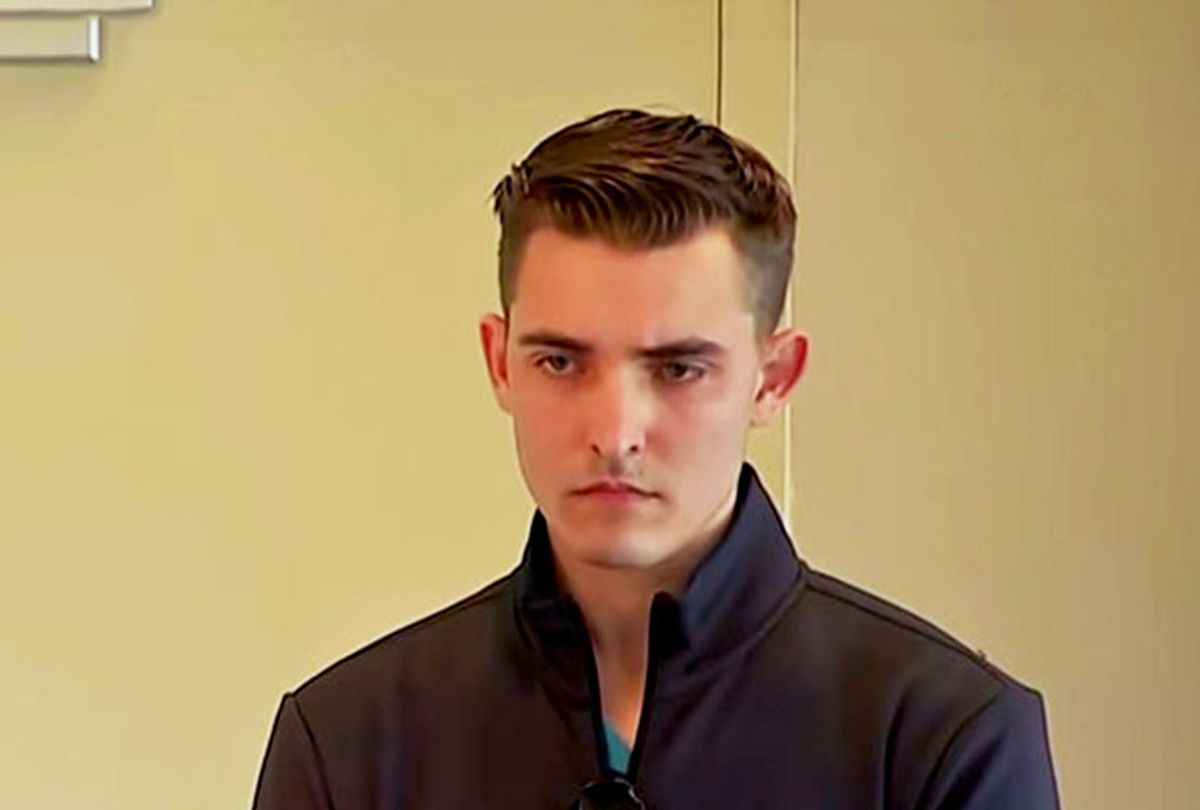 Right-wing provocateurs Jacob Wohl and Jack Burkman were charged Thursday with multiple felony counts of voter intimidation for allegedly executing a series of robocalls designed to suppress vote-by-mail turnout in Michigan, according to authorities in the state.

Michigan Attorney General Dana Nessel charged Wohl, 22, and Burkman, 54, with four counts of voter intimidation and conspiracy, including using a computer to commit the crime of conspiracy. Each charge carries a sentence of between five and seven years, with a maximum combined total of 24 years in prison.

State officials alleged that the duo "attempted to discourage voters from participating in the general election by creating and funding a robocall targeted at certain urban areas, including Detroit." The calls, which warned people about getting "BS'd into giving your private information to the man," reached nearly 12,000 residents when they were placed last month, according to a statement.

The recordings falsely told recipients that mail-in ballots could be used to "track down old warrants," "collect outstanding debt" and "track people for mandatory vaccines."

"Stay safe and beware of vote by mail," the calls concluded.

"Any effort to interfere with, intimidate or intentionally mislead Michigan voters will be met with swift and severe consequences," Nessel's statement said. The calls, she said, pose "grave consequences for our democracy and the principles upon which it was built," pointing out that Wohl and Burkman had specifically targeted minority voters.

"Michigan voters are entitled to a full, free and fair election in November and my office will not hesitate to pursue those who jeopardize that," Nessel said.

Michigan Secretary of State Jocelyn Benson said in a statement that she has "zero tolerance" for anyone who tries to mislead voters, and that the state "will use every tool at our disposal to dispel false rhetoric and seek justice on behalf of every voter who is targeted and harmed by any attempt to suppress their vote."

Neither Wohl nor Burkman are Michigan residents, and while no arrests have been made, Nessel said her office was prepared to enlist local law enforcement in other states in order to bring the men into custody.

The statement added that investigators had also been in touch with authorities in Illinois, Ohio, New York and Pennsylvania, who had all reported a spate of similar calls in their states, also targeting "urban areas with significant minority populations."

In all, officials say, around 85,000 calls went out nationally, though they could not offer a numerical breakdown for each location.

In February, Wohl pleaded not guilty to two charges of felony securities fraud in California district court. At a settlement hearing in late July he was served with an amended criminal complaint, and a hearing is scheduled for Oct. 27. Salon reported in May that the Arizona attorney general is coordinating with California officials in pursuit of tens of thousands of dollars in fines and court fees assessed to Wohl in a separate securities fraud case.

Burkman denied involvement to the Daily Beast in August, questioning the fact that his own phone number had been linked to the calls. "No one in their right mind would put their own cell on a robocall," he said.

Last week the Beast reported that Wohl and Burkman were targets of the FBI's investigation into leaked juror questionnaires and grand jury testimony in the trial of Roger Stone, the longtime Republican operative and ally of President Trump. The leaks outed a juror who had concealed her bias against the president, which Stone's attorneys used to argue for a dismissal, but were denied.

"There has rarely been a juror so tainted as the forewoman in the Roger Stone case. Look at her background," the president wrote. "She never revealed her hatred of 'Trump' and Stone. She was totally biased, as is the judge. Roger wasn't even working on my campaign. Miscarriage of justice. Sad to watch!"

In April all 12 Stone jurors submitted anonymized statements to the court saying that they felt harassed and afraid, and did not want more information about them revealed to the public.

Wohl and Burkman rose to online infamy through a series of failed attempts to tag their political enemies with absurd allegations of sexual impropriety, in which they convinced, coercing or paid a number of real people to make the accusations. One ill-devised but elaborate plot to smear former special counsel Robert Mueller collapsed in spectacular fashion, and might well have sparked an FBI investigation.

A pitch document from January 2019 shows that Wohl had created a group called the Arlington Center for Political Intelligence, which he said would "make shit up" in order to manipulate political betting markets and suppress Democratic turnout in 2020.

Wohl was asking for $1 million to fund the project. Whether anyone invested is unclear.

Wohl and Burkman did not immediately respond to Salon's requests for comment.