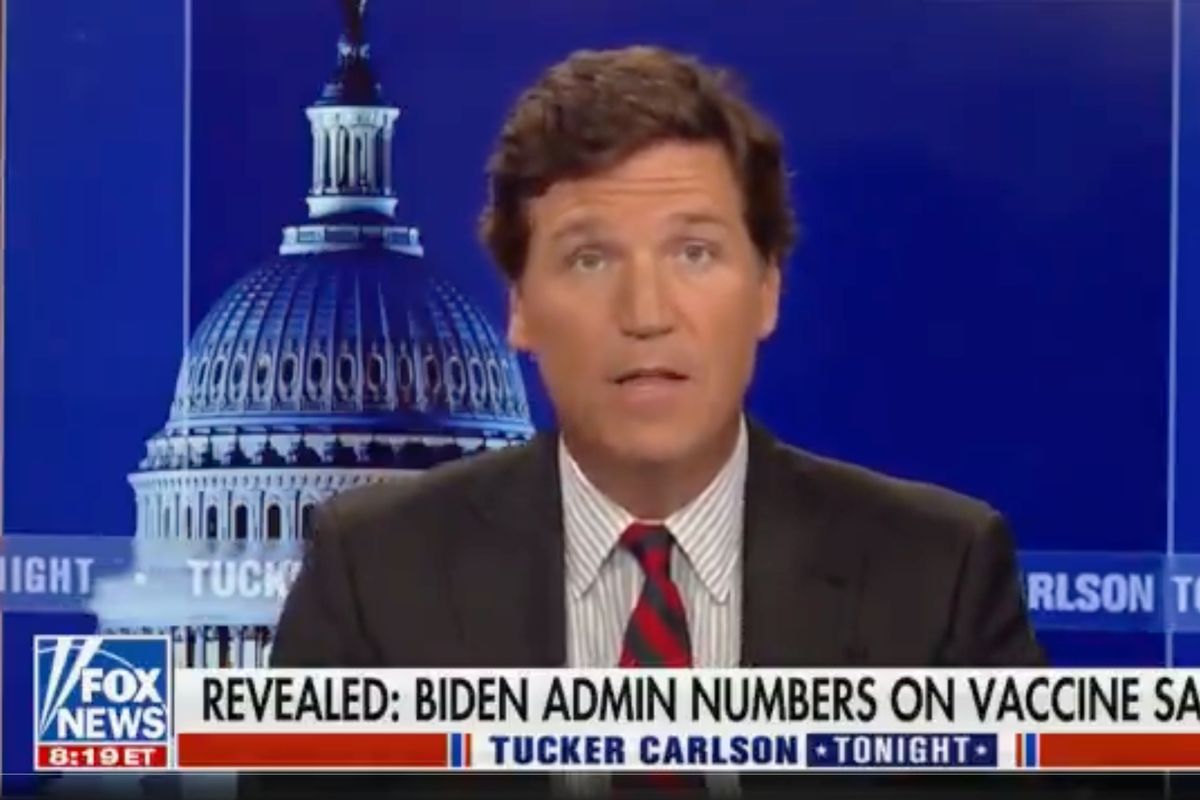 On Thursday, Fox News host Tucker Carlson doubled down on baseless fearmongering about the safety of the COVID-19 vaccines — and went on to blame President Joe Biden for it.

"More deaths have been connected to the new COVID vaccines over the past 4 months than to all previous vaccines combined," said Carlson. In fact, this isn't true — he is just citing the number of events reported to VAERS, the Vaccine Adverse Event Reporting System. But VAERS is not actually a database of vaccine injuries; it's only a list of medical events reported as happening after a vaccine was administered, with no verification that the vaccine caused the event or even that the event was real. One doctor even submitted a report to VAERS in 2004 that a flu shot turned him into the Incredible Hulk.

But Carlson didn't stop there. He also acknowledged that not every event in VAERS may be real, but blamed Joe Biden for the database's inaccuracy — even though VAERS has always been set up this way and was never intended to be an accurate list of actual vaccine injuries.

"Why hasn't the Biden administration fixed its reporting system?" demanded Carlson. "You'd think that would be important."

Carlson was fact-checked by Aaron Blake of The Washington Post.