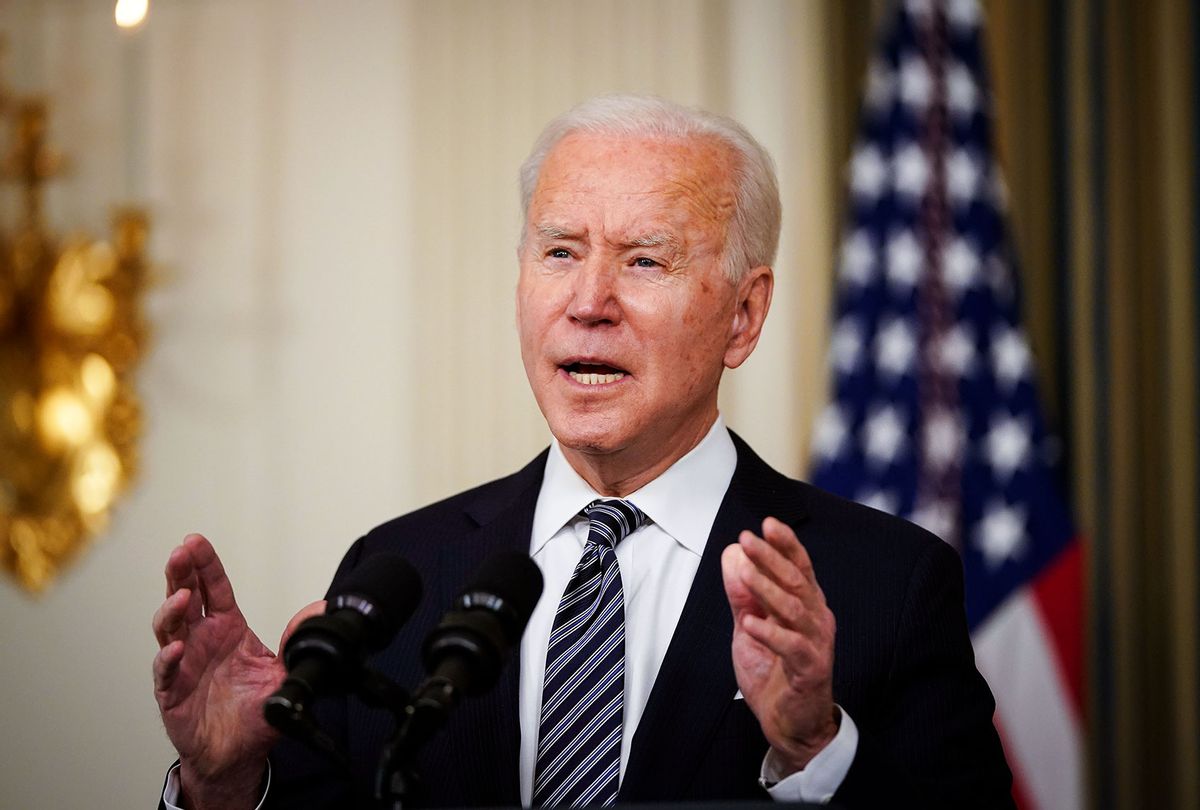 The ambitious Biden-Harris infrastructure proposal, called the American Jobs Plan, is not yet law — not even a bill — but there's already great enthusiasm about the millions of jobs it could bring. But who will fill those jobs is far from clear, and could make a difference in the success of the plan. If a coalition of advocates have their way, workers will come from local areas, not only to boost racial equity in hiring, but to feed money back into local economies.

One sentence casts a long shadow over the prospects of success for the American Jobs Plan: a prohibition against geographic-based hiring preferences in administering federal awards that is tucked away in the Office of Management and Budget (OMB) regulations. The document, called the OMB uniform guidance, covers regulations for all federal agencies that give grants to local and state governments including the Department of Transportation (DoT). In that document is a sentence prohibiting local hiring for projects receiving federal funding.

The ban was inserted by the Reagan Administration's DoT, was never voted on by Congress, and has barred cities and states from local hiring mandates or incentives on projects using federal funds, including water systems, broadband and power grid construction, and public transit lines — all likely products resulting from the infrastructure proposal.

The clause in the Federal Aid Highways Act says that government contracts must abide by "full and free competition," and not create an undue burden on companies bidding for them. As interpreted by the Reagan-era Justice Department, it meant that cities couldn't limit the number of companies bidding on a federally funded project, and that cities had to give the work to the lowest offer — regardless of the company's stances on labor issues or human rights. This free market approach to competition, in force for more than 30 years, has prevented regions from imposing criteria that promote social equity, and made it difficult for municipalities to include not only local hire provisions, but to ensure LGBTQ protectionswhen using federal dollars.

According to Madeline Janis, co-founder and executive director of Jobs to Move America, a strategic policy center, removing the local hire prohibition would allow more businesses to win federally funded procurements. "Everything related to climate change, everything related to infrastructure, as well as COVID-19 recovery," Janis said. "This could apply to millions, if not tens of millions, of jobs across the country."

Janis added that a new report by Jobs to Move America refutes claims that hiring from the local community would increase contractor bid prices. The report concludes that local hiring impacts neither bid prices nor the number of bidders on construction projects, and that removing the ban would have a transformational impact on the U.S. economy.

The Obama administration tried to do an end run around the DoT prohibition, through a pilot program allowing local hiring for 14 major projects across 10 states. This pilot program was scrapped in 2017 by President Trump.

Now, with so many construction projects and jobs in the balance — with the possibility that the Biden/Harris $1 trillion-plus infrastructure proposal becomes law — there's a renewed push to ensure that jobs generated from infrastructure investments stay in local communities. Last month, a coalition of mayors, employment advocates and academics sent a letter to President Biden and Vice President Harris urging the repeal of language prohibiting local hiring preferences, saying that not only would it help residents participate in the economic investments in their cities and towns, but it "can also increase opportunities for workers of color, women, veterans, returning community members, and others facing barriers to employment."

According to the Bureau of Labor Statistics, the U.S. construction industry is overwhelmingly white and male. Advocates for local hiring say now is the time for historically underrepresented groups to have a shot at those jobs and careers.

Racial justice is at the heart of a $2 billion project in Syracuse, New York, according to Mayor Ben Walsh. The I-81 viaduct bisected a neighborhood of predominantly Black and brown people, but now has come to the end of its useful life and presents the city with a chance to right some wrongs, including redlining and displacement brought by "urban renewal" plans of the '60s and '70s.

"I and others advocated [a] community grid option for I-81, which brings local traffic from the viaduct to create community, not only reconnect communities living in the shadow of the viaduct," Walsh told Capital & Main. "We want to protect [and] lift up those living there, in an inclusive way, not to create a different type of gentrification."

But even though Syracuse is already partnering with trade unions to train a local workforce for the project, putting those people to work on a federal government project would currently be impossible, Walsh said.

A recent study concluded that white adults between the ages of 20 and 59 in Onondaga County, where Syracuse resides, were 21 times more likely to be construction workers than were minority adults, although minorities make up nearly a quarter of the county's population.

Dekah Dancil, president of the Urban Jobs Task Force, the Syracuse-based community advocacy coalition that compiled the report, said the history of exclusion in the trades is compounded by other barriers. "Beyond [the] local hiring [prohibition], people of color are more likely to have other barriers to jobs in the trades, including access to transportation and child care and getting licenses," Dancil said, though she added that area trade unions are now part of the discussion to maximize local hiring.

Cities across the country trying to hire locally have been thwarted by political and regulatory challenges. State lawmakers in Ohio struck down a Cleveland law to hire city residents for construction projects and were backed up in 2019 by the state supreme court. New Orleans is one local hiring success story; hoping to stanch the city's high unemployment in the wake of Hurricane Katrina, local lawmakers required at least 30% of work on construction contracts to be conducted by local residents.

Advocates for local hiring say they expect the end of the prohibition to be contested by state lawmakers concerned that contractors outside a city's limits might be put at a disadvantage. Still, advocates will continue making their case to remove the federal ban and say they don't care how it's done: either by executive order, by Congress, or by having the DoT's Office of Management and Budget delete the wording.