Woody Harrelson hams it up in first trailer for "Venom: Let There Be Carnage" 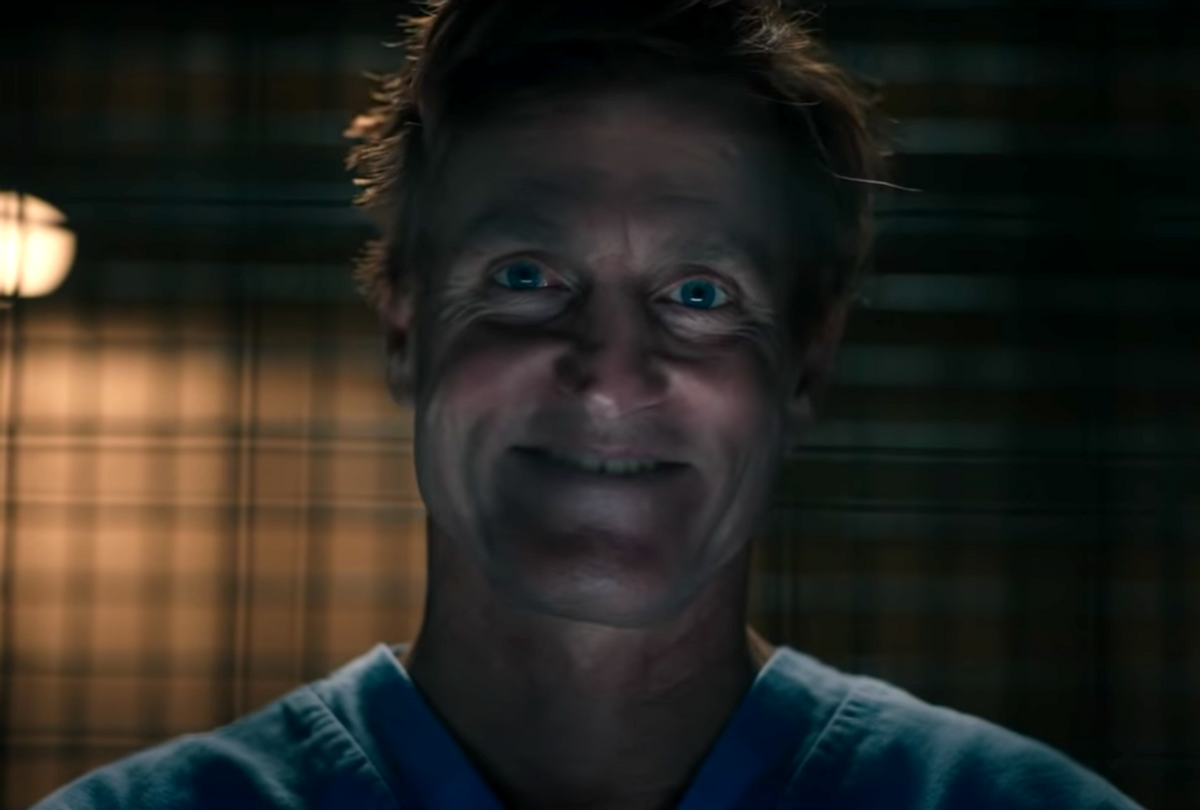 Woody Harrelson in "Venom: Let There Be Carnage" (Sony)
--

"Venom: Let There Be Carnage" was originally supposed to come out in theaters way back in October of last year. But then came the pandemic, and things changed. Now, the movie is finally on the horizon, and Sony has put out a shiny new trailer showing off the next adventure of Eddie Brock (Tom Hardy) and the hungry Symbiote Venom that shares his body.

Check out the trailer below.

There's a couple of fun things going on here. At the start of the trailer, it looks like Eddie and Venom have more or less found a way to live with each other, with the Symbiote sloppily preparing breakfast for its host and making small talk with the owner of the nearby convenience store. But the headline for the sequel is Woody Harrelson as Cletus Kasady, a serial killer who gets his own Symbiote, becoming the deranged killing machine Carnage. It's the battle between bad-but-not-all-the-time vs straight-up evil.

Intriguingly, the trailer only says that "Venom 2" is "coming soon," although it's scheduled to come out on September 24, 2021. That may change again before everything is said and done.

Watch the VFX reel for "The Falcon and the Winter Soldier"

As long as we're sort of talking about the Marvel universe (the Spider-Man spin-offs are technically their own thing, so don't expect to see Tom Holland's Spider-Man showing up in "Venom 2"), Marvel has released a new VFX reel for the recently wrapped "The Falcon and the Winter Soldier." Watch it below:

You can watch "The Falcon and the Winter Soldier" on Disney+ now.