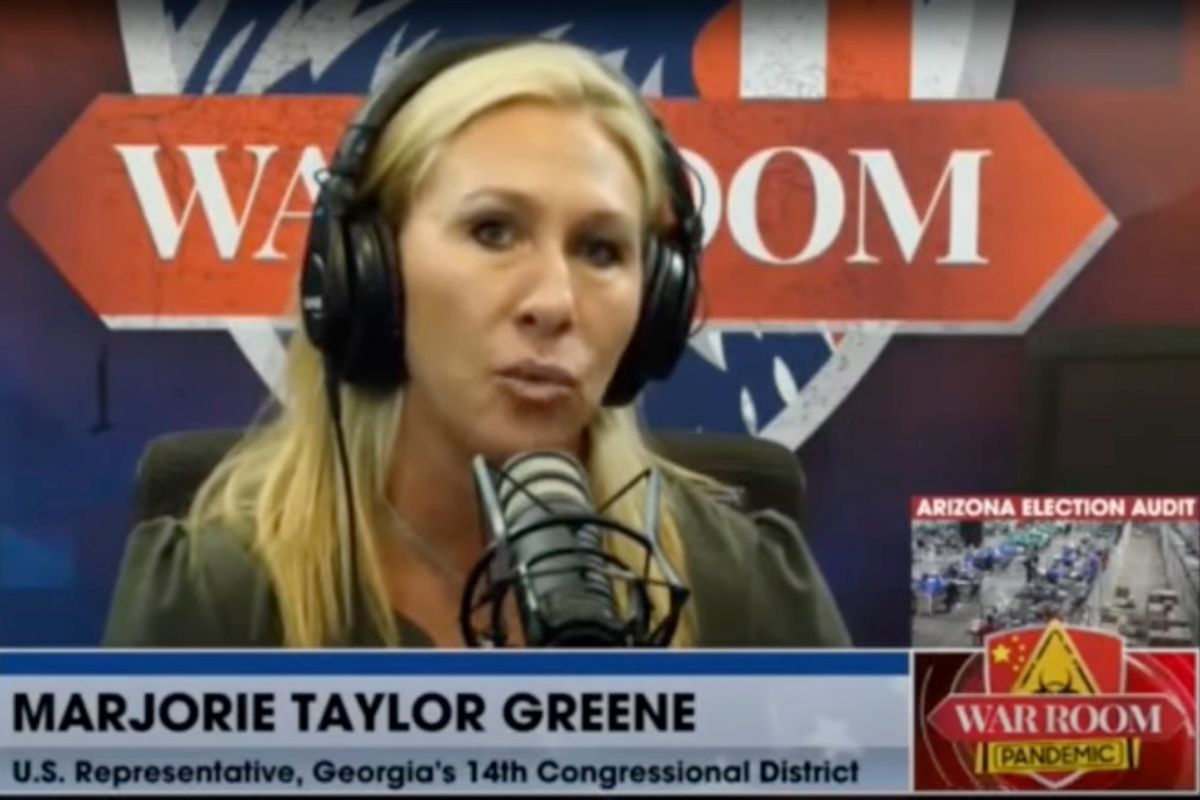 Greene argued that Republican House members should have "choices" when it comes to replacing Cheney even though former President Donald Trump has endorsed Rep. Elise Stefanik (R-NY) for the position.

"You support getting rid of Cheney?" Bannon wondered.

"I voted to remove her the first time," Greene noted. "I would like Republican voters to be able to weigh in on who our conference chair is. I don't know why that doesn't happen. Shouldn't that happen?"

"I don't like a decision being made before that vote on who we should replace her with," she continued. "And I believe in options. I also believe in voting records. I'm very conservative, fiscally and socially. I don't think our conference chair should be someone that has the same voting record as Democrats. I think that we should have choices."

"I don't have a name," Greene admitted before blurting out a screed against vaccines.

"Businesses are failing," she said. "Our border is being invaded. We have, you know, we're sending all this money overseas for more people to invade us."

Greene added: "We need to care about the real issues that matter. We need to stop the masks, stop the vaccines and stop COVID-19 from controlling our lives."