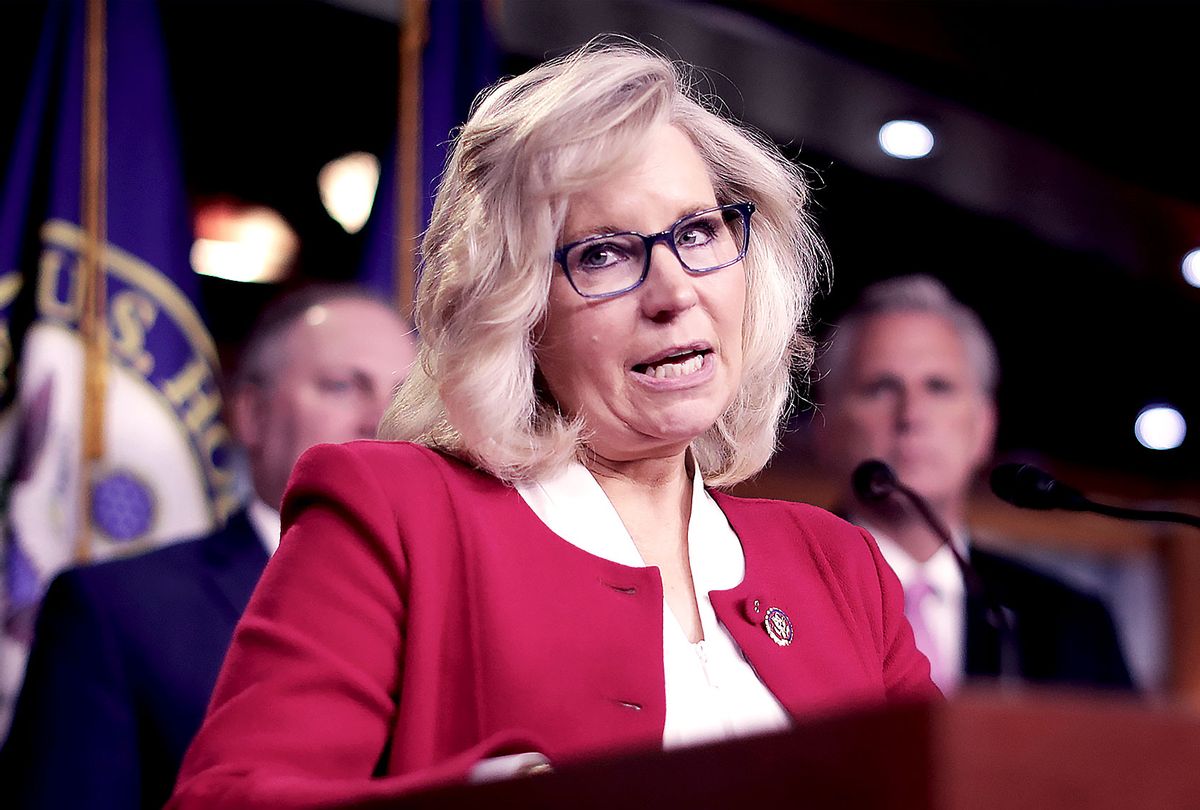 On Wednesday morning, Republicans in the House of Representatives successfully, via a voice vote, ousted fellow GOP Wyoming Rep. Liz Cheney from her post as House Republican Conference chair over her insufficient loyalty to former President Donald Trump. Her colleagues are upset that Cheney continues to speak out about the baseless claims of voter fraud pushed by Trump and his fans following the 2020 election.

"There was no debate inside the room. It was done by voice vote. Virginia Foxx offered the resolution. [Kevin] McCarthy told conference it was time to unify. And conference kicks Cheney out of leadership. All done within 20 minutes," CNN Chief Congressional Correspondent Manu Raju reported from Capitol Hill.

There was no debate inside the room. It was done by voice vote. Virginia Foxx offered the resolution. McCarthy told conference it was time to unify. And conference kicks Cheney out of leadership. All done within 20 minutes. https://t.co/yaOfUkKtxd

Just before being voted out, Cheney took one last opportunity to address her fellow Republican lawmakers. Cheney's remarks made during a rather secretive closed-door meeting were quickly leaked to members of the press.

"We cannot let the former president drag us backward and make us complicit in his efforts to unravel our democracy," Cheney stated. "Down that path lies our destruction, and potentially the destruction of our country. If you want leaders who will enable and spread his destructive lies, I'm not your person; you have plenty of others to choose from. That will be their legacy."

"But I promise you this, after today, I will be leading the fight to restore our party and our nation to conservative principles, to defeating socialism, to defending our republic, to making the GOP worthy again of being the party of Lincoln," Cheney added in a last-ditch attempt to gain support behind her cause. Instead, as Politico reporter Melanie Zanona reported, Cheney was booed by her colleagues.

But the strong opposition to her remarks didn't deter Cheney.

"We must go forward based on truth. We cannot both embrace the big lie and the Constitution," she defiantly told reporters after she lost the vote.

"I will do everything I can to ensure that the former president never again gets anywhere near the Oval Office. We have seen the danger that he continues to provoke with his language. We have seen his lack of commitment and dedication to the Constitution. And I think it is very important that we make sure whomever we elect is somebody who will be faithful to the Constitution," Cheney added.

For his part, Trump released a statement via his Save America PAC urging Republicans to remove Cheney from her post as conference chairwoman.

"The Republicans in the House of Representatives have a great opportunity today to rid themselves of a poor leader, a major Democrat talking point, a warmonger, and a person with absolutely no personality or heart," Trump wrote in the letter released early on Wednesday morning.

Trump then doubled down on his attacks, viscously ripping into Cheney.

"Liz Cheney is a bitter, horrible human being. I watched her yesterday and realized how bad she is for the Republican Party. She has no personality or anything good having to do with politics or our Country. She is a talking point for Democrats, whether that means the Border, the gas lines, inflation, or destroying our economy," Trump wrote. "I look forward to soon watching her as a Paid Contributor on CNN or MSDNC!"