Gov. Ned Lamont insists the measure is only in case of an emergency. Critics see a strike-breaking tactic. 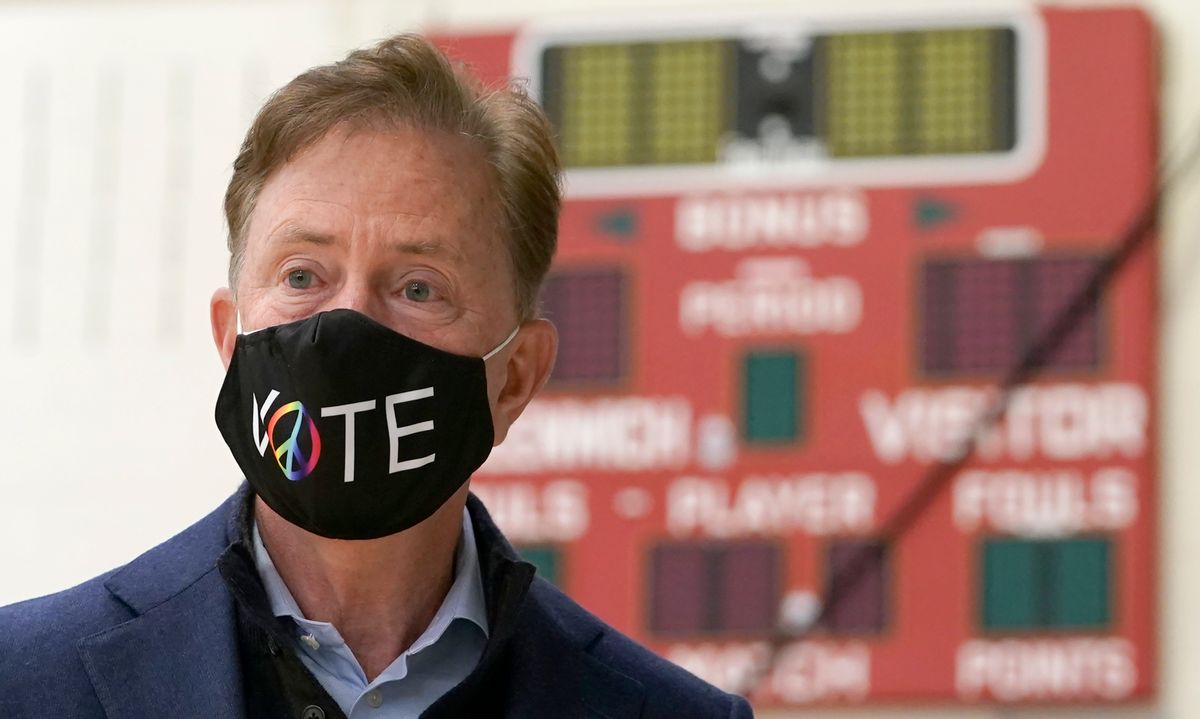 Connecticut Gov. Ned Lamont has called up the state's National Guard to deal with an impending strike among long-term care facility and nursing home workers — a move that was blasted by union leaders despite the administration's insistence that the force would only be used to move at-risk residents in case of emergency.

"I authorize you to immediately call up a sufficient force of members of the armed forces of the state to support as needed the Department of Public Health in protecting the public health and safety in response to any potential work stoppage or strike of workers at long-term care facilities or other congregate settings in the state beginning on or about May 14, 2021," Lamont, a Democrat, wrote Monday to Major General Francis Evon, Jr., the state's adjutant general.

Several top advisers to the governor told SEIU District 1199 leaders Tuesday that it had delivered the administration's "best and final offer" on a contract that would avoid a planned Friday strike by roughly 4,000 workers, according to the Hartford Courant. The $280 million, two-year package would modestly raise both wages and staffing levels at the state's nursing home facilities, but the union countered on Wednesday by saying that the two sides were "not there yet."

The SEIU says it wants to raise wages for all employees to at least $20 — a 33 percent hike that remains a far cry from Lamont's proposal, which would only see workers' pay bumped to the ballpark of $16.50, according to union President Rob Baril. The employees' rate currently hovers somewhere between $13 and $15.

Baril panned the governor's plan to call in the National Guard, pointing out that the money spent on contingency plans could simply be used to raise wages and invest in services for a workforce depleted by the crushing weight of a pandemic.

"As the governor calls on the National Guard to support nursing homes during the strike, we call on him and his team to put those resources to better use by funding the services provided by nursing home workers," Baril told the Courant. "The danger of the work and the low wages have created an extreme staffing crisis. This is an urgent matter of racial and economic justice."

As the Connecticut Mirror points out, the union is technically negotiating with nursing home owners — though the Lamont administration plays a role because the state licenses facilities and the vast majority of the industry's funding is covered through Medicaid. The employees' previous contract expired in March.

Because the work is "essential," workers must notify their employers well in advance of their intent to strike. Those facilities are then responsible for hiring replacement workers and having a contingency plan approved by state public health authorities. Connecticut DPH spokesperson David Dearborn told the Mirror that all of the nursing homes' plans are currently under review — with two thirds already approved and the rest expected to get the green light before Friday.

Lamont's communications team described the move to activate the National Guard as a last-resort precaution, with personnel only being used to move residents from facilities that fail to line up adequate replacement staffing.

Still, many online blasted the move as a strike-breaking tactic.

"!!! The Connecticut Governor is calling in the National Guard to break a nursing home strike !!!" the Philadelphia AFL-CIO wrote on Twitter.

"Wow, literally nothing has changed since our grandparents were fighting for Unions…" another user said.

There is still time for both sides to come to an agreement. Connecticut state House speaker Matt Ritter told the Mirror that he remains bullish on the chances of a deal before Friday's deadline, regardless of both sides' contentious rhetoric.

"I think they're close," he said. "That's how everybody negotiates now."