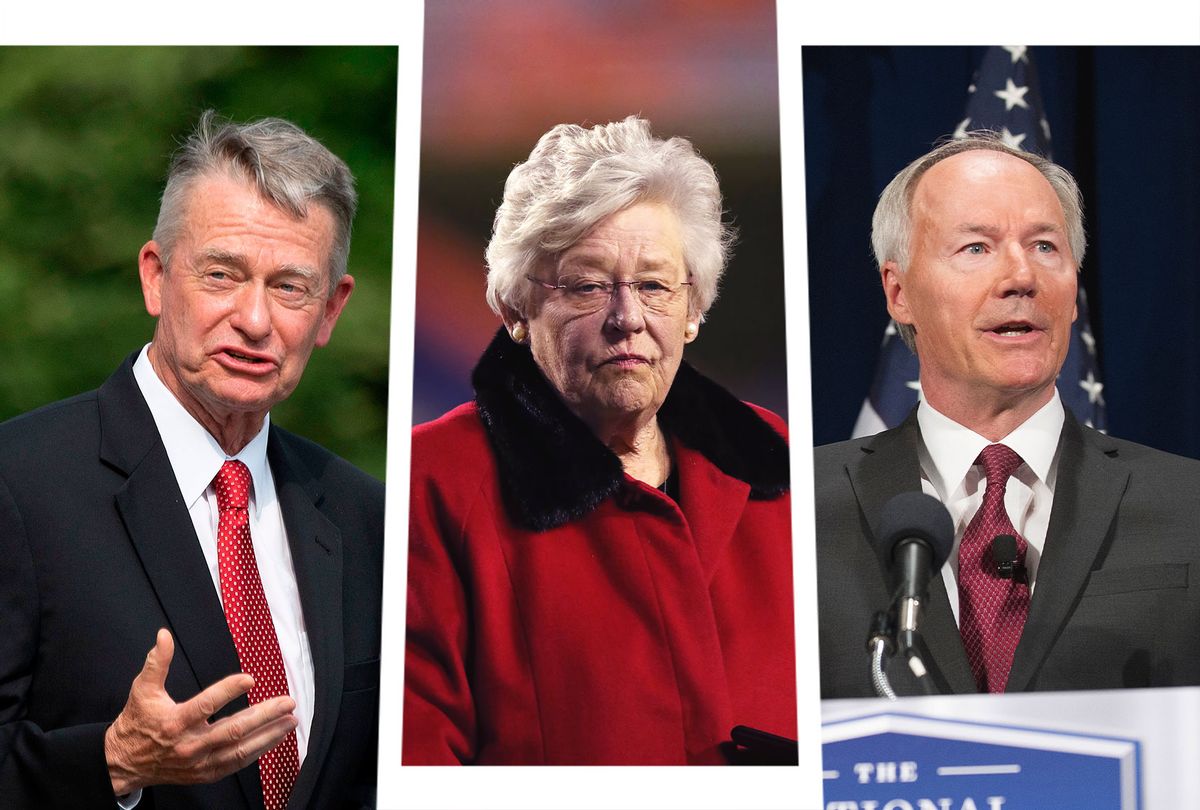 An increasing number of Republican-led states are calling an end to unemployment insurance in an effort to bolster employment, despite lacking any clear evidence that the federal benefits are causing what much of the business sector has said is a "labor shortage."

South Carolina and Montana were the first to nix the jobless benefits following the Department of Labor's less-than-stellar jobs report, which evinced a sharp decline in jobs added from last month, as well as a slight increase in the unemployment rate.

"These federal entitlements pose a clear and present danger to the health of our State's businesses and to our economy," he wrote in a letter to the state's Department of Employment and Workforce. "Since the Biden administration and Congress appear to have little to no comprehension of the damage being done and no appetite to terminate the federal payments, the State of South Carolina must take action."

South Carolina's unemployment rate reached nearly 13% in April of last year, but has since plummeted to 5.1%, just 0.9% less than the national rate of 6%.

Last Friday, Arkansas Gov. Asa Hutchinson, announced that the state would also be ending its jobless benefits, claiming that "employees are as scarce today as jobs were a year ago."

"The $300 federal supplement helped thousands of Arkansans make it through this tough time, so it served a good purpose," he said in a statement. "Now we need Arkansans back on the job so that we can get our economy back to full speed."

Meanwhile, Arkansas' unemployment rate hovers below South Carolina's at just 4.4% as of March.

This week, both Mississippi and Iowa announced an end to benefits as well. "Regular unemployment benefits will remain available, as they did before the pandemic," tweeted Iowa Gov. Kim Reynolds, "but it's time for everyone who can to get back to work. This country needs to look to the future, and Iowa intends to lead the way."

Other states like Indiana and Utah are mulling over similar moves as the pandemic wanes. Indiana Gov. Eric Holcomb intends to conduct a "demographic analysis of unemployed Hoosiers over the past 16 months" before making any decisions. On Sunday, Utah Gov. Spencer Cox told CNN that the $300 weekly boost is "a disincentive" and argued that the program must be rolled back "at some point."

A final group of about 340,000 workers who collect traditional unemployment benefits each week similarly may see their benefits reduced to zero. These Americans currently rely on a federal program that pays them extra weeks of jobless support even if they have exhausted their states' annual allotments. Republican governors are cutting their participation in this effort as well, leaving workers who have been unemployed for prolonged periods with potentially no options remaining to obtain aid.

States like Vermont and Arizona reinstated work search requirements for the benefits that had otherwise been waived during the pandemic.

Treasury Secretary Janet Yellen argued that the economic data does not demonstrate any negative effects of benefits on employment. Yellen noted in fact a correlation between high benefits and high employment. On Monday, President Biden called the federal benefits "a lifeline" and dismissed the notion of rolling them back.

"I think the people who claim Americans won't work, even if they find a good and fair opportunity, underestimate the American people," said the president. "So we'll insist that the law is followed with respect to benefits, but we're not going to turn our backs on our fellow Americans."

Several White House officials have speculated that the weak jobs report may have much more to do with a lack of child care and lingering fears about the pandemic.