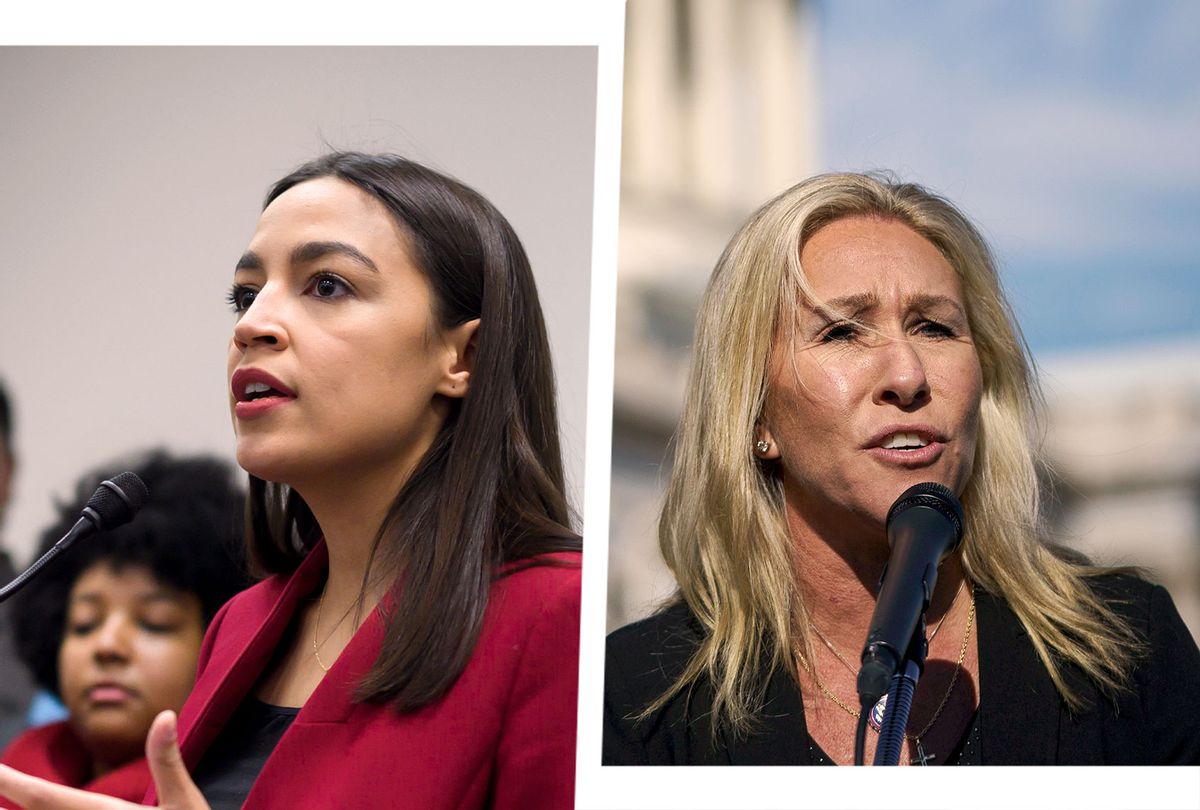 As Greene and Ocasio-Cortez were leaving the House chamber on Wednesday afternoon, two Washington Post reporters saw Greene yell "Hey Alexandria" twice from behind Ocasio-Cortez, but the Democratic congresswoman did not stop walking. When Greene eventually caught up with Ocasio-Cortez, she leveled a spate of verbal attacks, accusing the Democrat of not standing by her "radical socialist" beliefs and supporting antifa, a decentralized anti-fascist group which Greene called "terrorists."

"You don't care about the American people," Greene yelled. "Why do you support terrorists and antifa?"

The New York congresswoman did not appear to respond to Greene, according to an original account from The Washington Post.

Hitt added: "We hope leadership and the Sergeant at Arms will take real steps to make Congress a safe, civil place for all Members and staff — especially as many offices are discussing reopening. One Member has already been forced to relocate her office due to Congresswoman Greene's attacks."

"This is beneath the dignity of a person serving in the Congress of the United States and is a cause for trauma and fear among members," Pelosi said, "especially on the heels of an insurrection, on which the minority in the committee yesterday denied ever happened."

Following the incident, Greene took to Twitter to again tar Ocasio-Cortez, whom she called "Ms. Defund The Police," for wanting to "call the police for security bc she's afraid of debating with me about her socialist [Green New Deal]." Greene also told reporters that Ocasio-Cortez is "a chicken."

The incident is just the latest in Greene's penchant for unprovoked verbal aggression.

Back in February, Greene hung a transphobic sign – which read "There are TWO genders: MALE & FEMALE" and "Trust the Science!" – outside the office of Rep. Marie Newman, D-Ill., who has a transgender daughter. The incident occurred just after Newman spoke in support of the Equality Act, which would prohibit discrimination based on sexual orientation and gender identity. A month prior, Greene made headlines again when she aggressively confronted Rep. Cori Bush, D-Mo. after the Democrat encouraged her to put a mask on. The incident prompted Bush to permanently move her office.

In a similar incident back in 2019, Greene accosted gun reform activist David Hogg, an 18-year-old victim of the Stoneman Douglas High School shooting, for helping orchestrate what she baselessly alleged was a "false flag operation."

Republicans have yet to seriously discipline the freshman representative. Back in January, House Minority Leader Kevin McCarthy, R-Calif., vowed to have a "conversation" with Greene about her behavior. The House later voted to strip Greene of her committee assignments. A number of Democratic House members have called for Greene's expulsion from Congress.