"She was just one of the many pieces of arm candy he had," one source told The Daily Beast 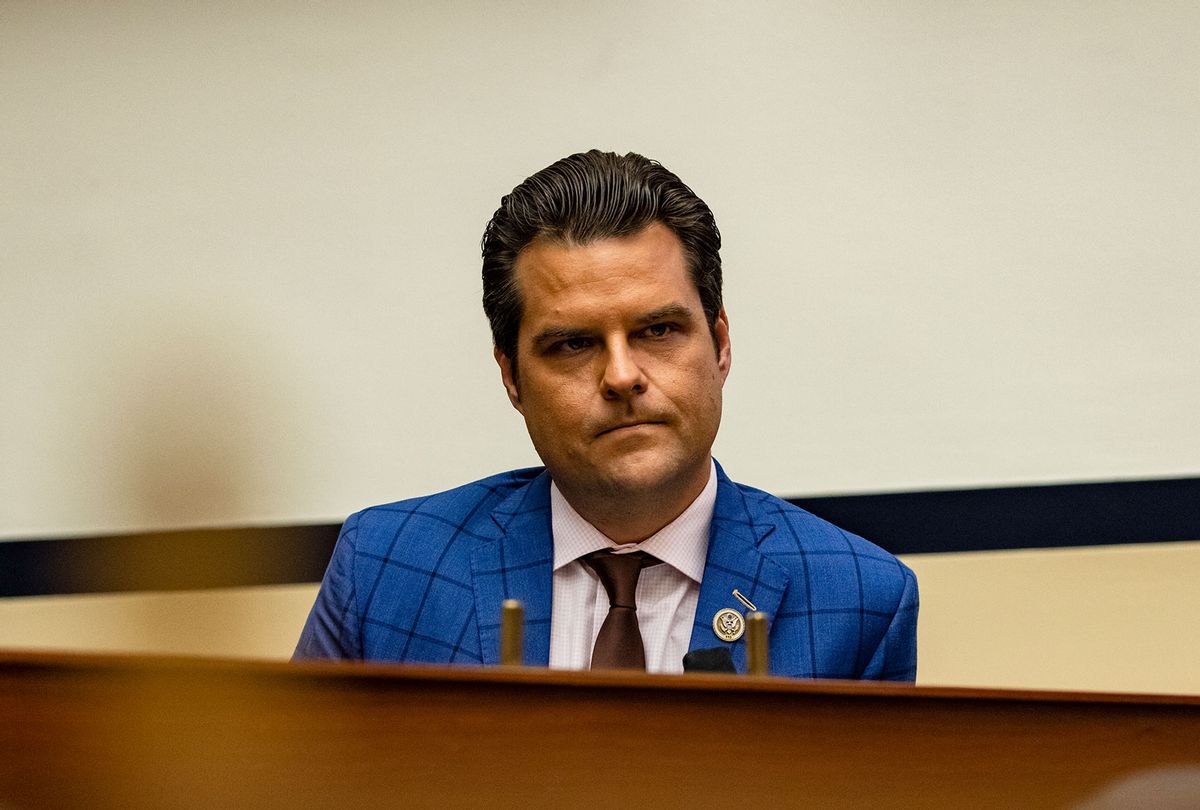 New salacious details in the Matt Gaetz scandal were revealed in a bombshell new report by The Daily Beast.

"When Rep. Matt Gaetz attended a 2019 GOP fundraiser in Orlando, his date that night was someone he knew well: a paid escort and amateur Instagram model who led a cocaine-fueled party after the event, according to two witnesses. The Florida congressman's one-time wingman, Joel Greenberg, will identify that escort to investigators as one of more than 15 young women Gaetz paid for sex, according to a source familiar with the investigation," The Beast reported.

The woman was identified by The Beast.

"But what distinguishes this woman, Megan Zalonka, is that she turned her relationship with Greenberg into a taxpayer-funded no-show job that earned her an estimated $7,000 to $17,500, according to three sources and corresponding government records obtained by The Daily Beast. On Oct. 26, 2019, Gaetz attended the "Trump Defender Gala" fundraiser as the featured speaker at the Westgate Lake Resort in Orlando. Two witnesses present recalled friends reconvening at Gaetz's hotel room for an after-party, where Zalonka prepared lines of cocaine on the bathroom counter. One of those witnesses distinctly remembers Zalonka pulling the drugs out of her makeup bag, rolling a bill of cash, and joining Gaetz in snorting the cocaine," The Beast reported.

The hotel room was paid for by Gaetz's campaign.

"While The Daily Beast could not confirm that Gaetz and Zalonka had sex that night, two sources said the pair had an ongoing financial relationship in exchange for sex. 'She was just one of the many pieces of arm candy he had,' said one source familiar with the encounters between Gaetz and Zalonka. The congressman—who has declared that he 'never paid for sex' —wrote off the stay at the hotel as a campaign expense, with his donors picking up the tab," The Beast noted.