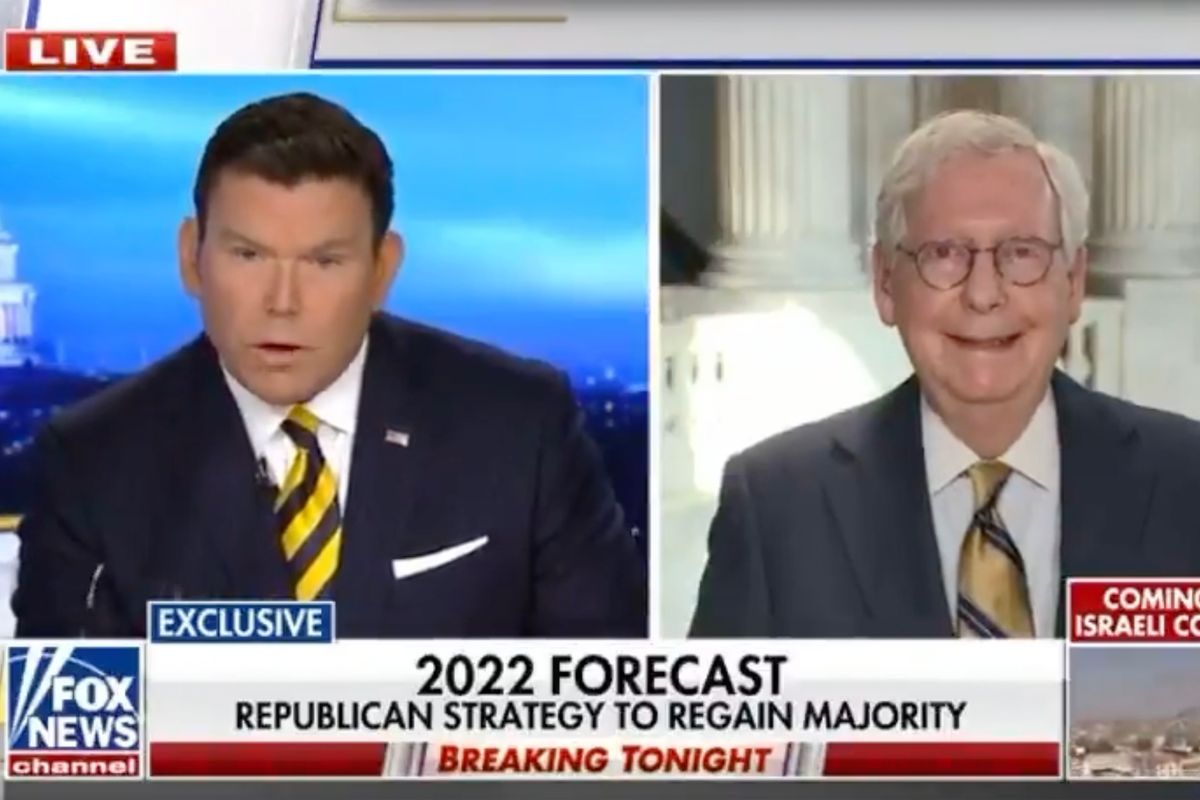 During a Fox News appearance this week, Senate Minority Leader Mitch McConnell claimed that the GOP is moving on from fights over the 2020 election and focusing on opposing President Joe Biden. But Fox host Bret Baier wanted to know why the former president's name appears in so many Republican fundraising e-mails if it has really left Trump, and the election he continues to dispute, in the past.

When McConnell tried to dodge Baier's question, the host didn't back down and told the Senate minority leader, "I'm going to try one more time. Since April 24, fundraising e-mails from Republicans have mentioned the former president 97 times — an average of more than five times a day. You're saying the focus is not on the past, but you're using the former president's name — and Republicans are — to raise money for 2022."

The 79-year-old McConnell, who was first elected to the U.S. Senate in 1984, remained evasive — telling Baier, "Well, look, each individual candidate is going to use whatever appeal they think works to try to raise money. I'm not in the money-raising business; I'm in the Senate business. And what we're trying to do here is to make some progress for the country."

Here are responses to McConnell's Fox News appearance that have been posted on Twitter: