Sexism at 40,000 feet: When United banned women from boarding their men-only "executive" flights

United's male-only flights lasted from 1953 to 1970. In addition to women, children were also banned from boarding 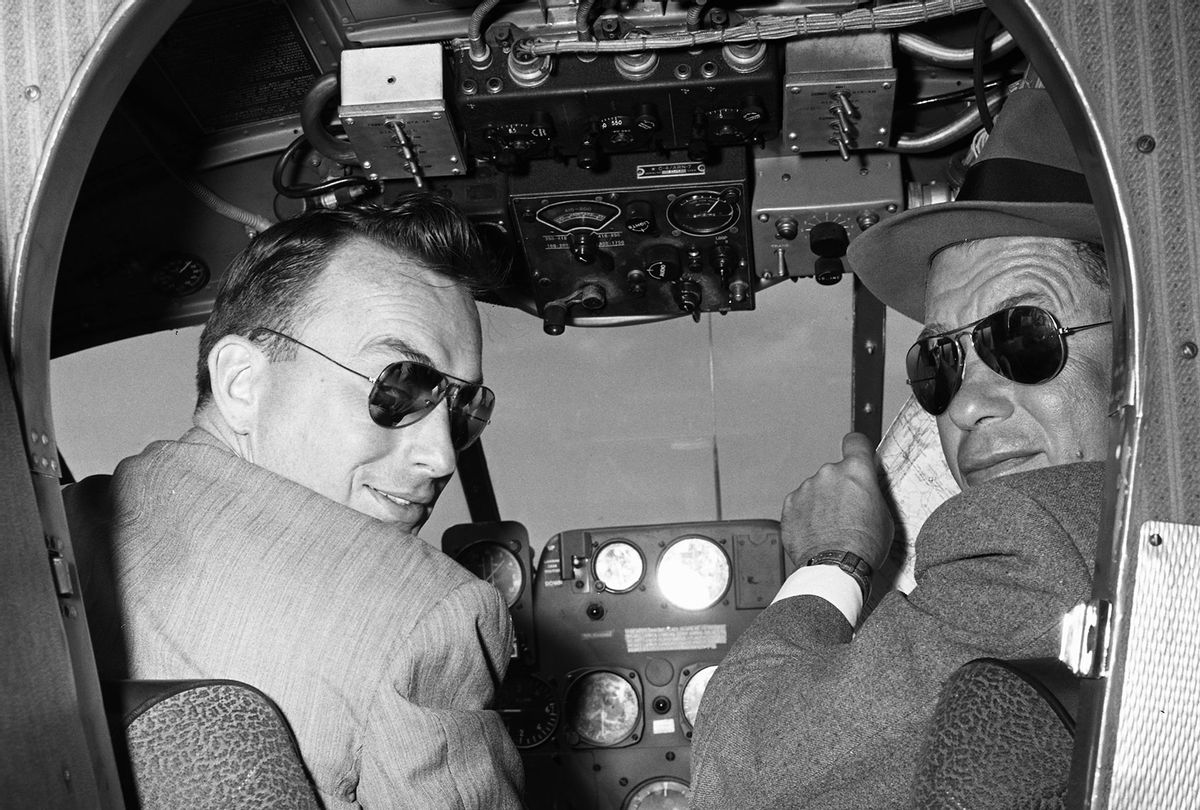 Comfort was a big draw for passengers who booked a ticket on United Airlines' Executive Flight in the 1950s and 1960s. For a ticket price of $67, travelers could expect to slide out of their jackets, ties, and shoes to enjoy a steak dinner and puff on a cigar; there was a two-cocktail limit, but flight attendants largely ignored that rule. The intention was to create a convivial atmosphere that had more in common with a smoking lounge than air travel.

The flight, which departed weekdays at 5 p.m. from New York City or Newark, New Jersey, and landed in Chicago, was intended for businessmen commuting for work. The fact that it had all the elements of a boy's club was no accident: The Executive Flight was not just marketed toward men — women were actually prohibited from boarding.

United's ad copy made it clear: "A Club in the Sky — For Men Only."

The ostentatious display of sexism was not out of the ordinary for April 1953, when United first instituted the Executive Flight. (It was also referred to as the Chicago Executive Flight or the New York Executive Flight, depending on whether one was coming or going.) The initial idea was to provide one daily flight where passengers could smoke cigars. The airline's marketing arm then imagined an office-in-the-sky for business travelers making the 3 hour and 15 minute flight from New York to Chicago. Stock market quotations were available, as was a place for passengers to make last-minute business phone calls before takeoff. If passengers had work obligations, they could make use of a table that doubled as a work desk.

Upon landing, travelers received a gift — either a glass ashtray with an airplane on it or a set of cufflinks, one of which had a built-in watch. Passengers might even receive paper hats and noisemakers on some particularly raucous flights.

The Civil Aeronautics Board approved United's plan, which also necessitated the ability to charge an extra $3 for the service and a liquor license.

"What we give men is an opportunity to get away from women," a United spokesperson boldly stated in March 1954. "We don't regard it as segregation. We regard it rather as a little luxury." Perhaps wisely, the spokesperson was quoted anonymously.

"As soon as a man gets in the plane, he can take off his coat and vest, if he wants to," the spokesperson continued. "And we give him a pair of slippers, so he can take his shoes off, too, and really relax. What results is a kind of smoking-car atmosphere. A passenger can smoke a cigar or his pipe, if he likes. He can't do that on other flights. A lot of women object to sitting next to a man smoking a pipe; a lot of men object, too. Let those men ride with the women."

In addition to banning women from boarding, United also assured its customers that their flight would be free of other perceived distractions.

"You want to know the real reason why we're here?" businessman Walter B. McClelland told a reporter for The New York Times in 1970. "It's not because of no women. It's because there are no squealing kids. We get enough of that at home."

Less than a year after its debut, the Executive Flight had attracted 19,500 passengers, making the approach a resounding success — but the women being denied boarding were less enamored with the advertising strategy.

When Edythe Rudolph Rein, vice president of National Telefilm Associates, went to a United ticketing counter in Chicago in 1958 and asked for the next flight back to New York, she was told it was for men only. An irate Rein kept asking for — and was denied — a ticket on the daily flight and later filed a complaint with the Civil Aeronautics Board. United attempted to placate Rein by telling her that there was smoking allowed and that men took off their shoes. Presumably, United believed Rein would be discouraged by the potential for stinky feet. She was not — though it's not known whether Rein was allowed to eventually board.

United wasn't dissuaded by the negative publicity. The sales gimmick persisted for a total of 17 years before United began fielding some uncomfortable questions from the National Organization for Women (NOW), the women's advocacy group founded in 1966 by activists including Betty Friedan. NOW tackled sexism head-on, singling out businesses for preferential treatment and even picketing outside the White House to demand that then-president Richard Nixon appoint more women in key roles.

In November 1969, seven NOW members entered The Berghoff — a well-known bar in Chicago that catered exclusively to men — and proceeded to order drinks.

"I was the first to walk in," Winifred Gandy, a NOW member, told the Chicago Tribune. "The bartender said I couldn't be served, and then we all stood at the bar and took up space." Other members came armed with statutes that prohibited sex discrimination in bars. Eventually, the bartender relented.

One boys' club on land had crumbled. So would the one in the skies.

To challenge the discrimination of the Executive Flight, NOW picketed the Chicago headquarters of United Airlines in 1969 and filed complaints with the Civil Aeronautics Board. By January 1970, the Executive was taking its farewell voyages.

United wasn't quick to give NOW their due as an influence on their decision to end their men-only service. Instead, they cited slower ticket sales — the flights were by that point operating at just 40 percent capacity as opposed to the 80 to 90 percent they enjoyed in the 1950s — and an increasing desire for male passengers to travel with women. According to United spokesperson John Blackman, an "all-male environment" had become dated.

Not all travelers agreed. "One of the nicer things in life is disappearing," Elmer V. Aldridge, one of the flight's final passengers, lamented in 1970. "Where else can a man find this sort of congeniality?"

Despite United protestations, it was clear NOW's activism had stirred them into action. Months later, NOW members occupied the New York office of the Ladies' Home Journal to protest its lack of female editors. Gender-based discrimination was slowly being grounded; NOW was just beginning to take off.