"Some advice for the left: Injecting children with an experimental vaccine . . . It's going to cost you votes" 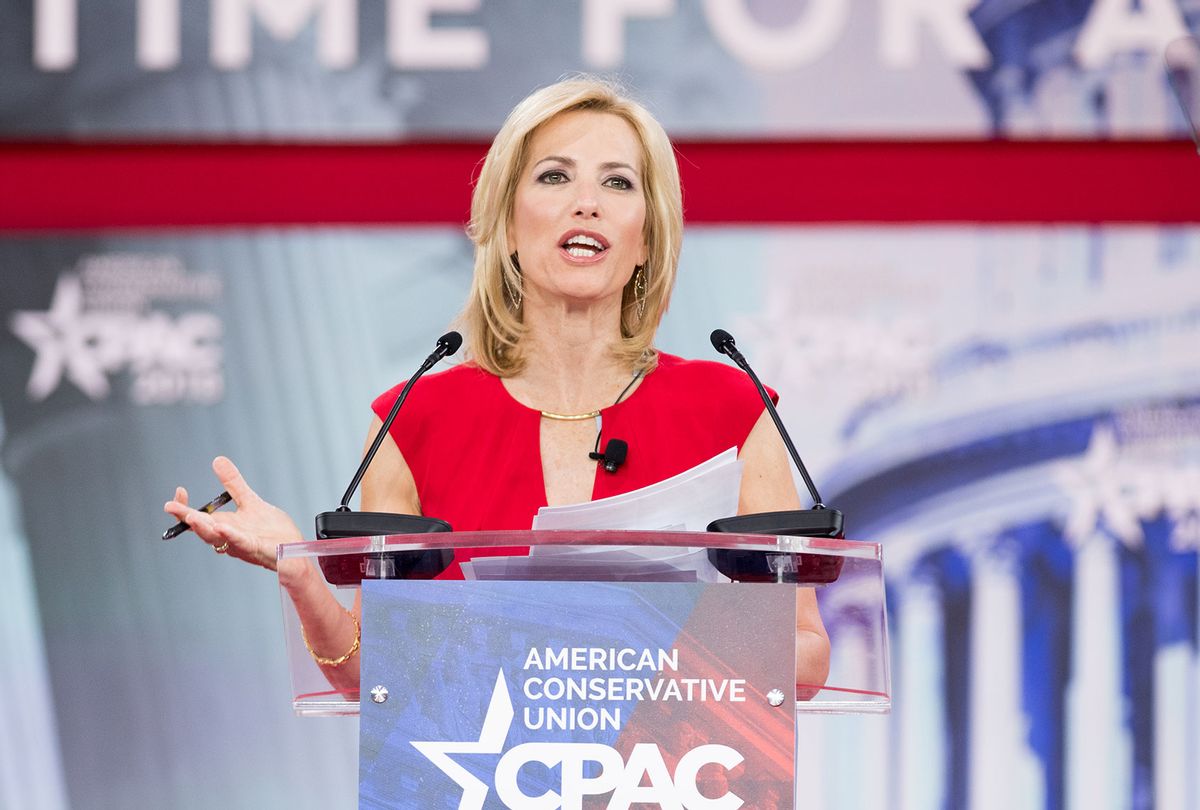 On Monday, Fox personality Laura Ingraham ranted about mask wearing, while suggesting oppositions to vaccines will be a campaign issue.

"Mandating the masking of children, though? That is going to go down as a very dark chapter for the Democrats and the public health experts who advocated it," Ingraham argued.

She suggested a conspiracy to encourage vaccinations, while suggesting it will be a campaign issue for Republicans.

"Democrats and their union buddies are hoping, though, that mask rules for kids will force parents to relent and get their kids vaccinated even if they're uncomfortable with that," she said. "But here's some advice for the left: Injecting children with an experimental vaccine for a disease they rarely get sick from and don't efficiently spread is a nonstarter for most parents. It's going to cost you votes, and possibly help you lose you control of Congress and the presidency. Frankly, it's disgusting."

You can watch the video below via MMFA: