A group of U.S. Capitol Police officers signaled their “profound disappointment” in GOP leadership on Wednesday 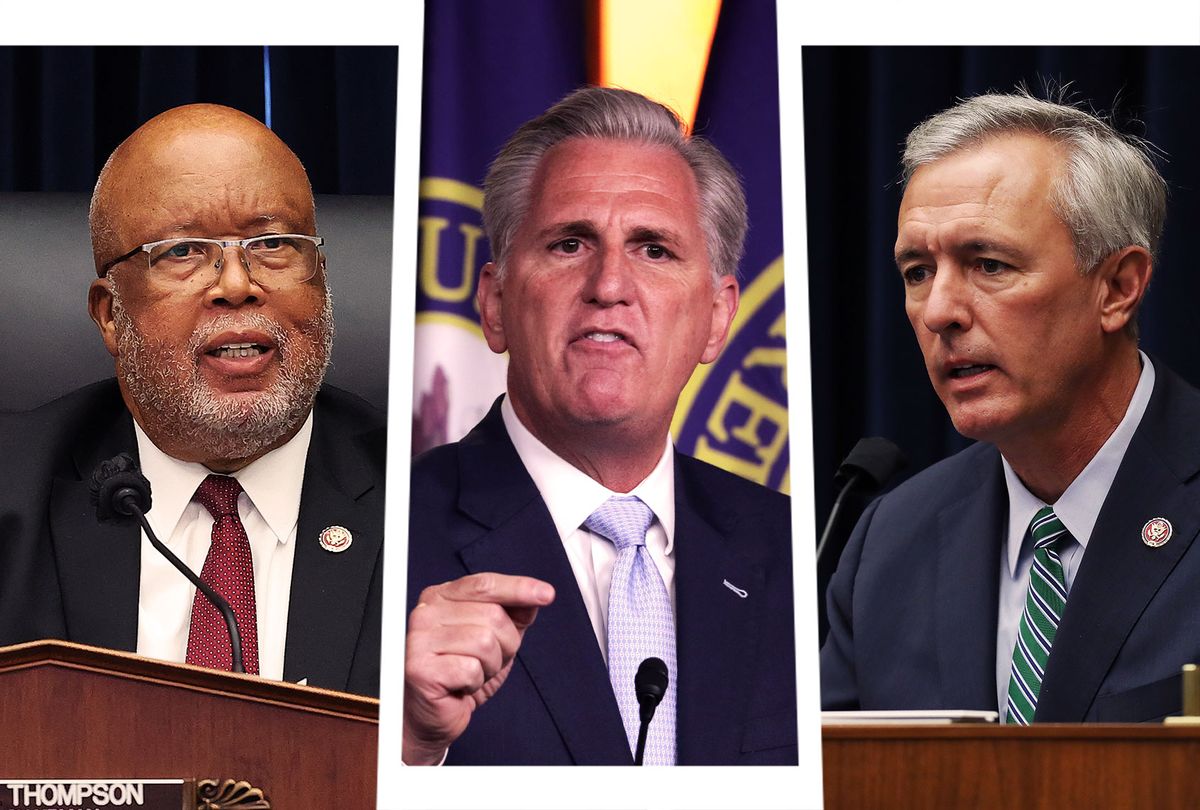 35 House Republicans split from their caucus on Wednesday to support a Democrat-backed bill that would establish an independent commission to investigate the January 6 Capitol riot, even as top Republicans vehemently opposed the efforts at Donald Trump's order.

Just about every member of the House Problem Solvers Caucus – which includes 29 Republicans – voted to support the bill. The entire group will vote as a bloc if at least 70% of all members and 50% from each party support the bill, according to caucus rules. On Tuesday, the caucus announced that the bill garnered support from more than 75% of its members. The bill was drummed up by House Homeland Security Committee Chair Bennie Thompson, D-Miss., and Ranking Member John Katko, R-N.Y, and passed 252 to 175.

Ahead of the vote, House Minority Leader Kevin McCarthy, R-Calif., demurred it as "unbalanced."

"If it was a serious commission," he said during a Fox News interview, "Nancy Pelosi would have had you research – remember on Good Friday an officer was killed at the Capitol – we don't need to investigate that. What about all the riots that have led up throughout the summer? The unrest from BLM, Antifa and others. No, you can't investigate that. This is driven solely by politics and Nancy Pelosi, but we should not be a part of that."

McCarthy's view is shared by Senate Minority Leader Mitch McConnell, R-Ky., who said in a Senate floor speech on Wednesday: "It's not at all clear what new facts or additional investigation yet another commission could actually lay on top of existing efforts by law enforcement and Congress."

Sen. John Thune, R-S.D., also echoed McConnell, arguing that the bill is "counterproductive because of the work that's already been done," and "could be weaponized politically."

"In this environment," he added, "everything is going to be used politically."

Whip Steve Scalise, R-La., joined the Republican outrage, writing in a statement to his GOP colleagues: "There are currently investigations ongoing by the DOJ, FBI, Senate Committee on Homeland Security and Governmental Affairs, Senate Committee on Rules and Administration, as well as an apolitical review by the Architect of the Capitol to find and remedy the security vulnerabilities."

Both Republicans and Democrats alike have railed against members of the GOP who are fighting to shoot the bill down and brush the Capitol riot under the rug.

"I can't believe it," Sen. Dick Durbin, D-Ill. told Fox News' Chad Pergram. "I was with him on January 6 in the so-called secret location, and he was enraged over what occurred and determined that we return in session that same day to prove that that mob was not going to stop our government."

Sen. Majority Leader Chuck Schumer, D-N.Y. echoed on Wednesday: "Shame on the Republicans for choosing the big lie over the truth – not all Republicans, but the majority who seem to be doing it. Shame on them for defending the mob over our Capitol police officers."

"The American people will see for themselves whether our Republican friends stand on the side of truth or on the side of Donald Trump's big lie," Schumer added.

Under the bill, a ten-member commission of people with "significant expertise in the areas of law enforcement, civil rights, civil liberties, privacy, intelligence, and cybersecurity" will be assembled, with five appointed by Democrats and the other five appointed by Republicans.

A group of United States Capitol Police officers released a letter expressing their "profound disappointment" in Republicans for opposing the legislation.

"Unfortunately this letter comes to you anonymously, because as U.S. Capitol Police Officers, we are expected to remain neutral and do our jobs with honor and integrity," it reads. "It's unfortunate that our 'bosses' (Congress) are not held to the same standard that we, the USCP, are."

The officers continue: "If you look around the Capitol building, you still have doors that are broken, windows still smashed and in some cases missing ... Officers are forced to go to work with the daily reminder of what happened that dreadful day."