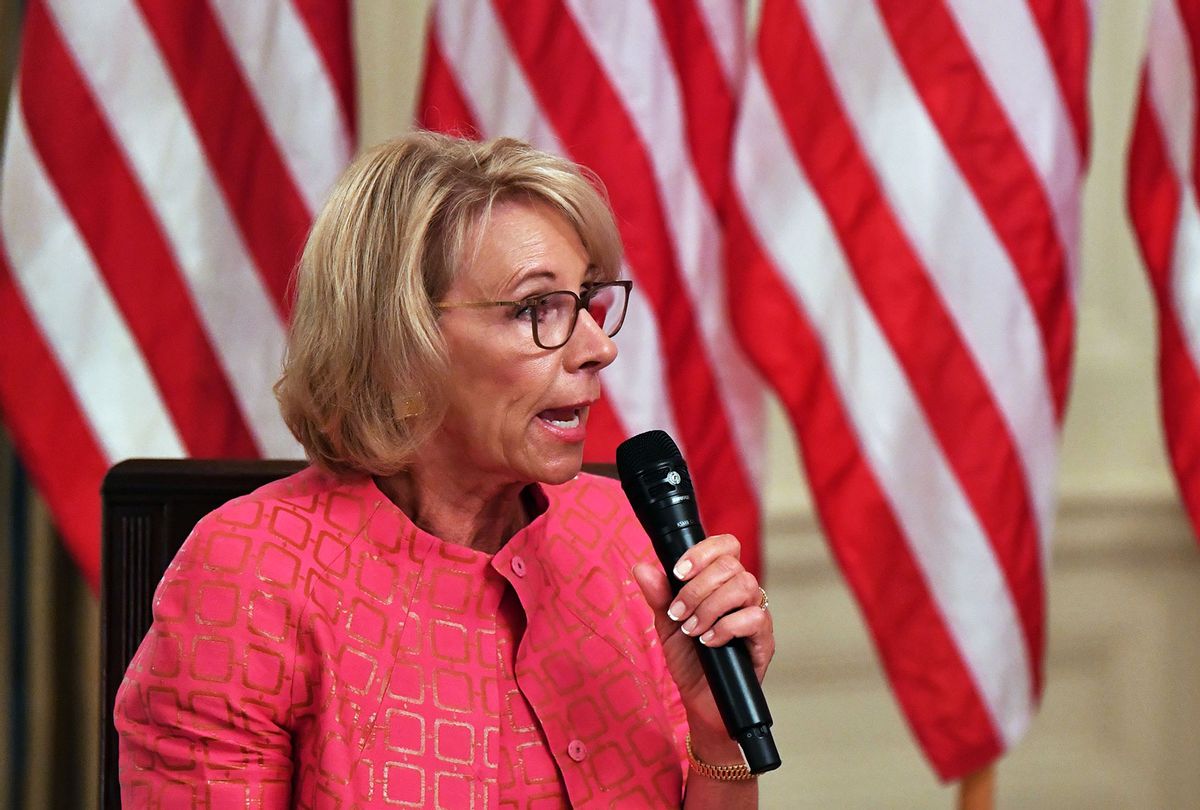 A federal judge on Wednesday ruled that former Education Secretary Betsy DeVos will have to testify in a class action lawsuit over her handling of the Education Department's student debt loan forgiveness program.

Judge William Alsup said "exceptional circumstances" warrant issuing DeVos a subpoena, a move that goes against both Devos' and the Biden administration's requests to excuse her from providing testimony.

The lawsuit, which has been brought on behalf of about 160,000 borrowers, alleges that the plaintiffs were defrauded by for-profit colleges and then neglected by the federal government.

The controversy dates back to 2018, when the Department of Education unexpectedly stopped making decisions on "student-loan borrower-defense applications," in which students could petition the department to have their debt federally relieved if they believed their colleges had misled them.

After an 18-month halt on the program, the Trump administration began rejecting a disproportionately high number of applications issuing scant explanations as to why, instead citing that the Department needed to mull over its policy on the issue. At the time, Devos claimed that making decisions on these applications was "time-consuming and complex."

DeVos will be pressed in her hearing on the department's inadequate record-keeping of loan forgiveness claims, as well as whether the Trump administration lied about its rationale for the vast number of rejections it issued.

"If the judicial process runs to presidents, it runs to Cabinet secretaries — especially former ones," Alsup wrote in his decision, adducing the subpoena of former President Richard Nixon over the Watergate tapes following Nixon's departure from office. "Extraordinary circumstances warrant the deposition of Secretary DeVos for three hours, excluding breaks."

Over the past several months, four depositions have been conducted with testimony from numerous Education Department officials, all of which have denied responsibility for the sudden discontinuation of the loan relief program, as well as the unexplained wave of rejections. Many pointed to DeVos as a prime suspect.

"Beyond illuminating her involvement, these material gaps at the highest rungs of the Department's decision-making record reveal the necessity of Secretary DeVos's testimony for an independent reason," Alsup argued. "We lack an official and contemporaneous justification for the eighteen-month delay because this suit concerns agency inaction, and not the usual agency action."

Alsup specifically claimed that DeVos appears to have had a personal hand in the department's decision-making process. Lawyers are expected to ask the former official whether she "directed her subordinates to cease issuing student-loan borrower-defense decisions, or whether she tacitly approved of the halt once manifested."

Theresa Sweet, a leading plaintiff in the suit, told Forbes in March: "Nearly 200,000 defrauded students are still waiting for justice, due in no small part to the malicious efforts of Betsy DeVos and the for-profit education lackeys with which she surrounded herself as Secretary of Education. She utterly failed in her duty to protect students from harm and to hold scam schools accountable."

A hearing for the suit had been scheduled for June 3.