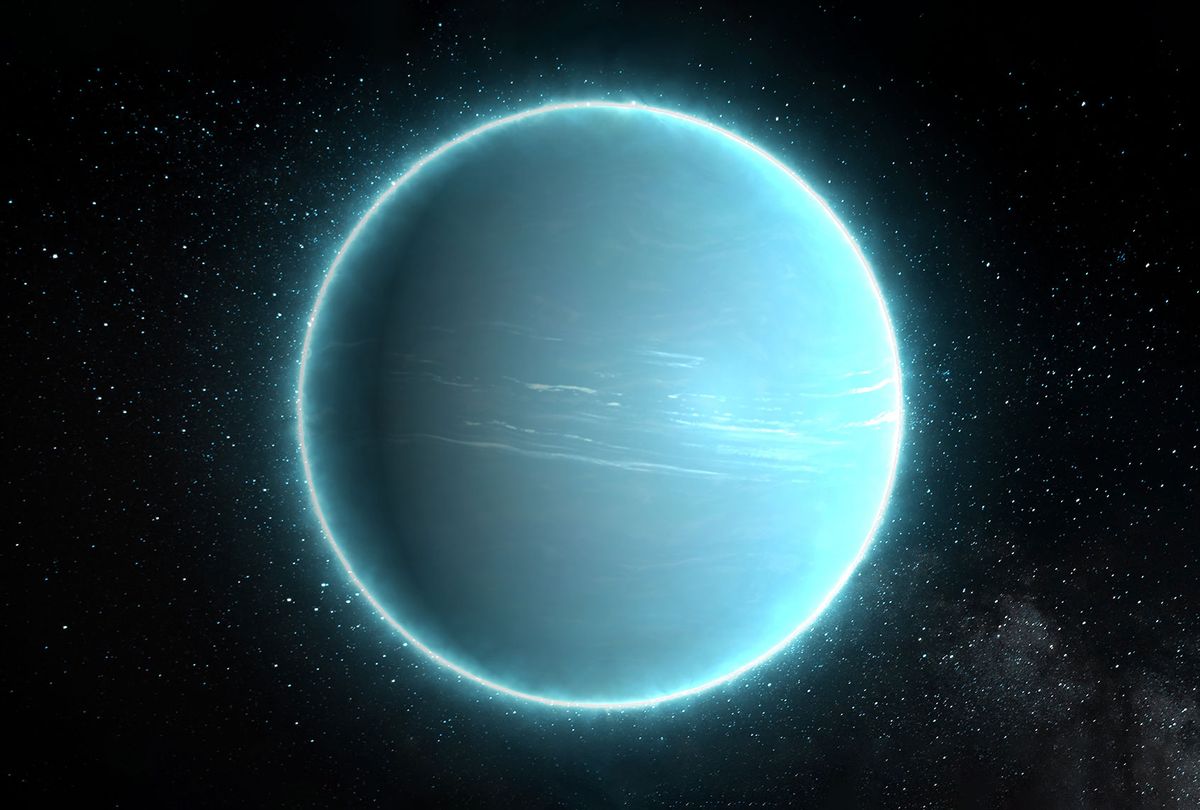 Astronomers have long predicted that deep beneath Neptune's thick blue clouds lies a super-hot body of water that, despite its high temperature, never boils because of its incredibly high-pressure atmosphere. Uranus, another planet in the outer solar system of similar size and composition, is also believed to have a similar water-rich interior. Unfortunately, due to their distances from Earth, it is hard to directly probe these two planets to test our assumption. But scientists have found novel ways of testing their theories about these ice giants from Earth.

As described in a newly-published study from Nature Astronomy, scientists recreated the pressure and temperature of the interiors of Neptune and Uranus in a lab. The aim of the experiments was to test hypotheses about the chemistry of the deep water within these planets. But the study could have additional implications for what we know about potentially habitable planets in other solar systems.

"We were seeking to extend our knowledge of the deep interior of ice giants and determine what water-rock interactions at extreme conditions might exist," said lead author Taehyun Kim, of Yonsei University in South Korea. "Ice giants and some exoplanets have very deep water layers, unlike terrestrial planets. We proposed the possibility of an atomic-scale mixing of two of the planet-building materials (water and rock) in the interiors of ice giants."

To replicate the conditions, scientists dipped rock-forming minerals — including olivine and ferropericlase — into water, and then compressed the sample in a diamond-anvil to very high pressures. From there, they took x-ray measurements while a laser heated the sample to extremely high temperatures, then measured the reaction. They found that the chemical reaction led to high concentrations of magnesium in the water, leading the team to conclude that oceans on planets like Neptune and Uranus might have similar chemical properties as oceans here on Earth.

Indeed, part of the intrigue of these two planets is the presence of magnesium within their water. Early Earth is believed to have had magnesium-rich waters, which likely played a role in the evolution of early life.

The study's co-author, Sang-Heon Dan Shim of Arizona State University's School of Earth and Space Exploration, explained during a phone interview that the differences in pressure between planets like Earth and Neptune and Uranus can cause "completely different types of chemical reactions" at the bottom of these oceans.

The study has interesting implications for the study of exoplanets, meaning planets that exist in other solar systems. As Shim explained, their study implies that the oceans of Neptune-like exoplanets may have different chemistry.

Typically, the presence of water on an exoplanet perks up the ears of astronomers and astrobiologists, as anywhere with water implies the potential for either life or habitability. Given the super-hot temperatures in the deep oceans of Neptune and Uranus, Shim said life is unlikely to exist in these planets, despite the rich presence of magnesium.

"The temperature is expected to be like thousands of degrees in those oceans, so it would be a very difficult environment for us to expect life," Shim said.  "But that's probably a different story for the exoplanets, the sub-Neptunes outside of the solar system."

Shim noted that some Neptune-like exoplanets do exist in their stars' habitable zones. "In those type of cases, this magnesium-rich water will be very interesting to think about in terms of how it's going to change the way life develops and represent itself there."