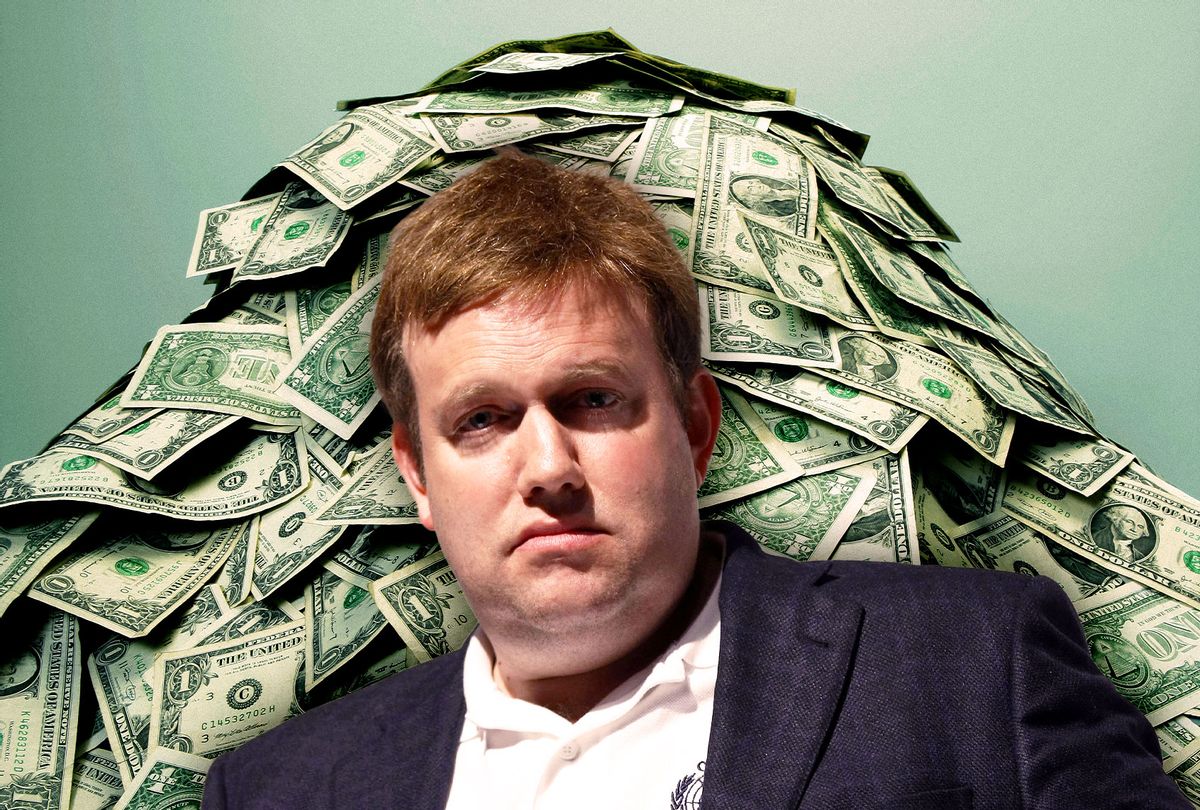 Republican pollster and Kevin McCarthy friend-slash-roommate Frank Luntz isn't afraid of boasting about his personal achievements. "Dr. Frank I. Luntz is one of the most honored communication professionals in America today," reads a biography on his website. But some of his former employees tell a remarkably different story.

Chris Ingram, a former senior vice president at the Luntz Research Company who worked at the company from 1997 through the early 2000s, told Salon that Luntz's claim to deliver objective data is a "total shtick and a scam."

Ingram described observing Luntz trying to manipulate focus groups that used "dial testing," in which participants spin a small handheld device, yielding real-time results in response to questions asked by the presenter. "Frank, when he would be hired by clients, whether they would be corporate or political, would sit in that room yelling, 'Keep turning the dials! Keep turning the dials!'" Ingram told Salon in a phone interview. Luntz's primary concern, Ingram said, was results that would yield more "compelling" data to be "present[ed] to the client."

Ingram said that Luntz does not work as an "impartial" or honest survey researcher but is better described as a pay-for-play pawn in Washington. In 1997, the American Association for Public Opinion Research largely agreed with Ingram's current analysis, finding after a 14-month investigation that Luntz had "violated the Association's Code of Professional Ethics and Practices."

Luntz's "keep turning the dials" approach, Ingram said, is "clearly not the type of stuff that legitimate public opinion and survey researchers employ," adding that this was just one of many examples. He described additional ways Luntz would deceive viewers and media companies with such tactics, including screening and selecting participants in a manner that Ingram called "quite frankly bullshit."

"The clowns at MSNBC didn't have a clue about how the focus groups or panels worked, or what Frank was doing," Ingram said. "The actions were basically contrived: He screened out anybody that isn't going to give the viewers the opinion that Frank, on behalf of his client, is looking for. Somehow, he is able to bullshit people."

Another one of Luntz's former employees, who still works in the Washington area and asked to remain anonymous in fear of professional retribution, spoke to Salon about Luntz's lavish lifestyle and summarized his former boss as a "slimeball."

A third former high-ranking Luntz employee confirmed to Salon the validity of the two other sources' remarks. That third person said they believed negative experiences from working with Luntz were "widespread" in Washington. That former employee, also granted anonymity by Salon, said that Luntz rarely appeared at his own company's offices during the workday but often called employees to abuse them late at night.

Luntz apparently doesn't want the American people to know that he took a $77,900 Paycheck Protection Program loan for his company while living in his luxurious D.C. apartment. According to documents reviewed by Salon, the pollster was granted a PPP loan in April of 2020 through his company FIL Inc. The loan, apparently designated to help pay five of Luntz's employees during the coronavirus pandemic, was first noted in a Washington Post report from fact-checker Glenn Kessler.

Throughout the pandemic, Luntz was living in his 7,000-square-foot luxury condo in Washington, and his former employees all told Salon he had no business taking the PPP loan, which was ostensibly meant to help struggling small businesses survive. Luntz also owns a Los Angeles mansion that includes a three-fourths scale replica of Bill Clinton's Oval Office and a replica of the Lincoln Bedroom that features a photo of Clinton and Luntz on the bedside table — with a "version" of Monica Lewinsky's infamous blue dress hanging on a wall. (Luntz played an instrumental role in Clinton's 1998 impeachment.)

Luntz didn't respond to a Salon request for comment about the PPE loan and the comments made by his former employees through his website contact form.

An exclusive Salon report earlier this week detailed that when Luntz presented himself as an impartial pollster running focus groups for VICE News and HBO in 2018, he was actually being paid by Ted Cruz's Senate campaign. In a statement to Salon, VICE News said it was "unaware of this affiliation, and Luntz did not disclose this information at the time of these productions."

Luntz wrote a Los Angeles Times op-ed last September presenting himself as a pollster "without bias," a claim that may reasonably be viewed with suspicion. "As a pollster, I am ethically and professionally required to interpret public opinion accurately, factually, and without bias," Luntz wrote.

In a 2007 profile of Luntz for the New Republic, Isaac Chotiner described him as "[n]ot particularly ideological or partisan" and "focused on disaffected and disgruntled voters," but went on to observe that "Luntz's career has been about nothing so much as cheapening language and obscuring honest discussion." As Chotiner noted, Luntz had advised House Republicans under Newt Gingrich in the 1990s to lie about their plans to cut Medicare and to spread the idea that there was a "lack of scientific certainty" about climate change. Those GOP strategies remain very much in evidence more than 20 years later.

"Frank is very, very difficult to work with," he said. "He's an extremely intellectually intelligent man. But I like to characterize working for Frank as like having a boss with a 200 IQ who is five years old."