Georgia heads for yet another long-shot 2020 election review 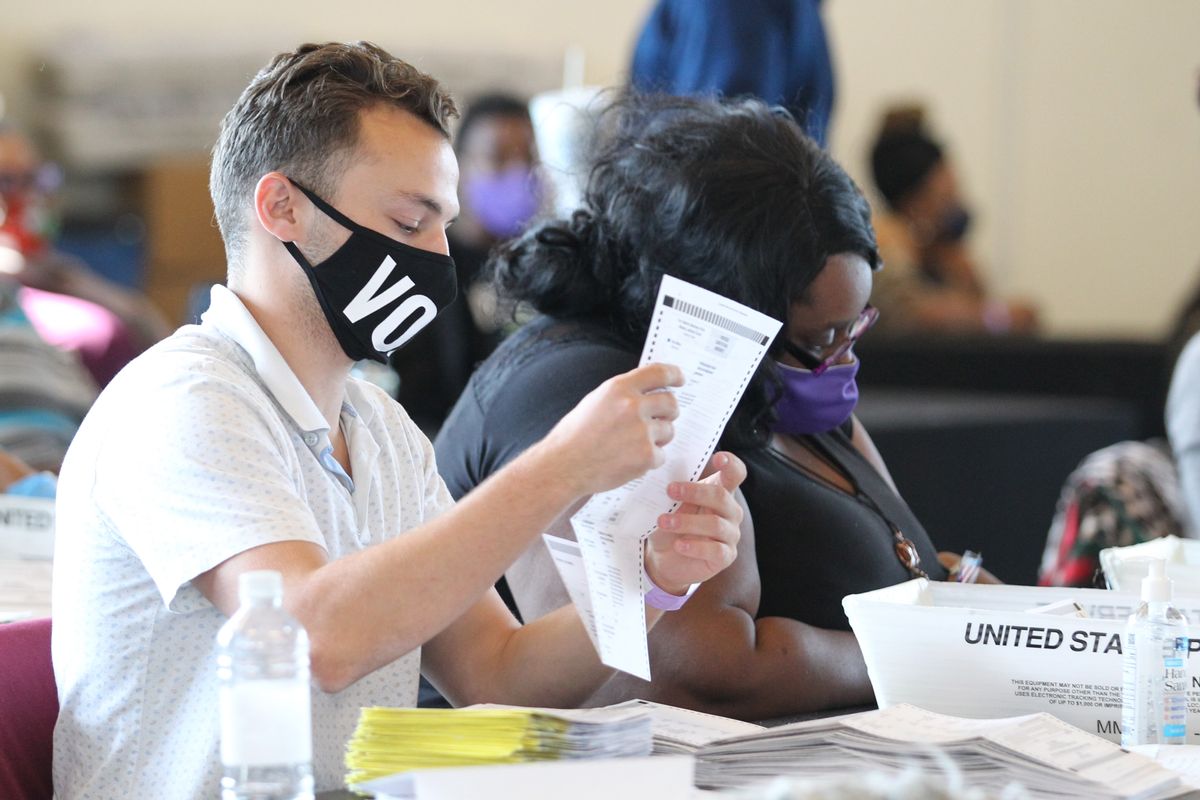 A Georgia county appears headed for another review of last year's presidential election results — the latest in a long string of increasingly long-shot attempts by Trump allies to uncover seemingly nonexistent voter fraud and cast doubt on the legitimacy of the 2020 election.

This most recent review in Atlanta-area Fulton County cannot change the state's results — which were certified earlier this year and have withstood several recounts already — but plaintiffs in the lawsuit that spurred the review say they're still seeking evidence of fraud and improper counting by election officials.

A Georgia judge agreed to unseal more than 145,000 absentee ballots as a part of the inquiry, but crucially decided to keep physical copies in possession of Fulton County officials, according to the Atlanta Journal-Constitution. The move is seemingly a play to avoid the bizarre, headline grabbing antics of Trump loyalists in Arizona who have subjected hundreds of thousands of ballots from metropolitan Maricopa County to a series of incredibly strange tests: scans with ultraviolet light to uncover nonexistent watermarks and forensic analysis seeking the presence of bamboo fibers (evidence of their source in "Asia"), for example.

Henry County Superior Court Judge Brian Amero, who is handling the case, said the ballots will likely be scanned to produce high-resolution images that the plaintiffs, nine Georgia voters, will be able to review. They are seeking evidence that large numbers of the ballots were printed by machines and not filled out by voters themselves. These claims have been thoroughly debunked — the AJC points to expert testimony rebutting such claims, a full hand recount that failed to uncover any evidence of widespread fraud in Georgia, and analysis from Trump's own Attorney General and election security head.

"It is outrageous that Fulton County continues to be a target of those who cannot accept the results from last year's election," Pitts, a Democrat, wrote. "The votes have been counted multiple times, including a hand recount, and no evidence of fraud has been found.

"The fact remains that Fulton County safely and securely carried out an election in the midst of a public health crisis."

The nine plaintiffs have agreed to pay for the review.