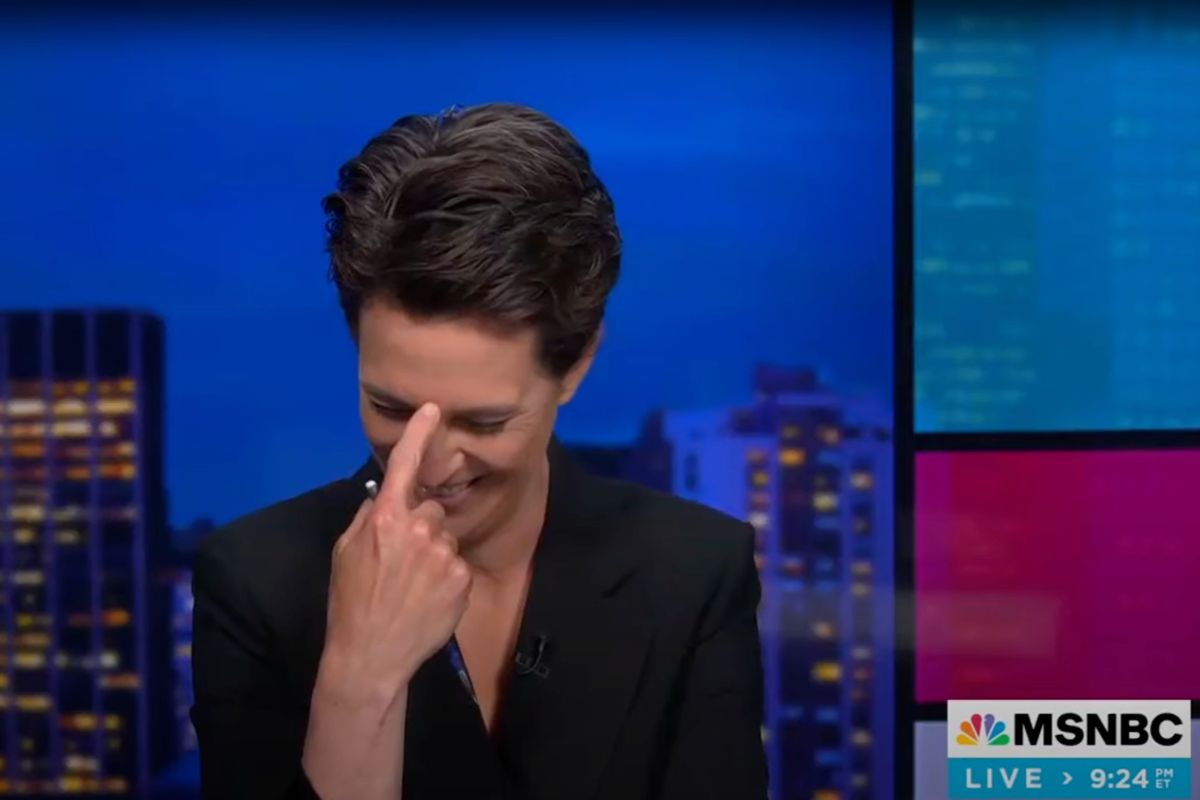 Arizona Republicans are struggling to figure out new reasons to throw out some of the ballots cast for President Joe Biden.

The Republican Party was given all of the ballots where the absence of accountability could even allow GOP "auditors" to change votes and alter any of the paperwork without anyone knowing.

So-called auditors have now started photographing ballots and the excuse is that there might be bamboo used in the paper, which they think could indicate "Asians" flew ballots over to Arizona filled out for Biden to throw the election.

"There's accusations of 40,000 ballots were flown in, OK?" said one supervisor.

"Into Arizona?" the reporters asked.

"Into Arizona," the man explains. "And it was stuffed into the box, OK? And it came from the southeast part of the world. Asia, OK? And what they're doing is to find out is if there's bamboo in the paper. That camera right there, that they take a picture of the ballot..."

The video returned with MSNBC host Rachel Maddow having an internal crack-up.

"They came over from the southeast part of the world, and they put it in the box," she said with a chuckle. "There you go. Trump's president! They're looking for bamboo in the ballots because Trump is secretly president because China or maybe just Asia made bamboo ballots and flew them to Arizona and they can find them with a camera. They have to use the camera on all of the ballots. The Republican Party is on the verge of kicking out some of its house leadership because of insufficient loyalty to Trump. Donald Trump is now the animating focus of the Republican Party right now because of their absolute outrage he's not allowed back on to social media to keep promoting the idea he secretly won the election."

And that belief hinges now on, bamboo.