The N-Word: a volcano kept active by the flickering embers of racism

The N-word lives within the Black community like a volcano, ready to erupt at any time 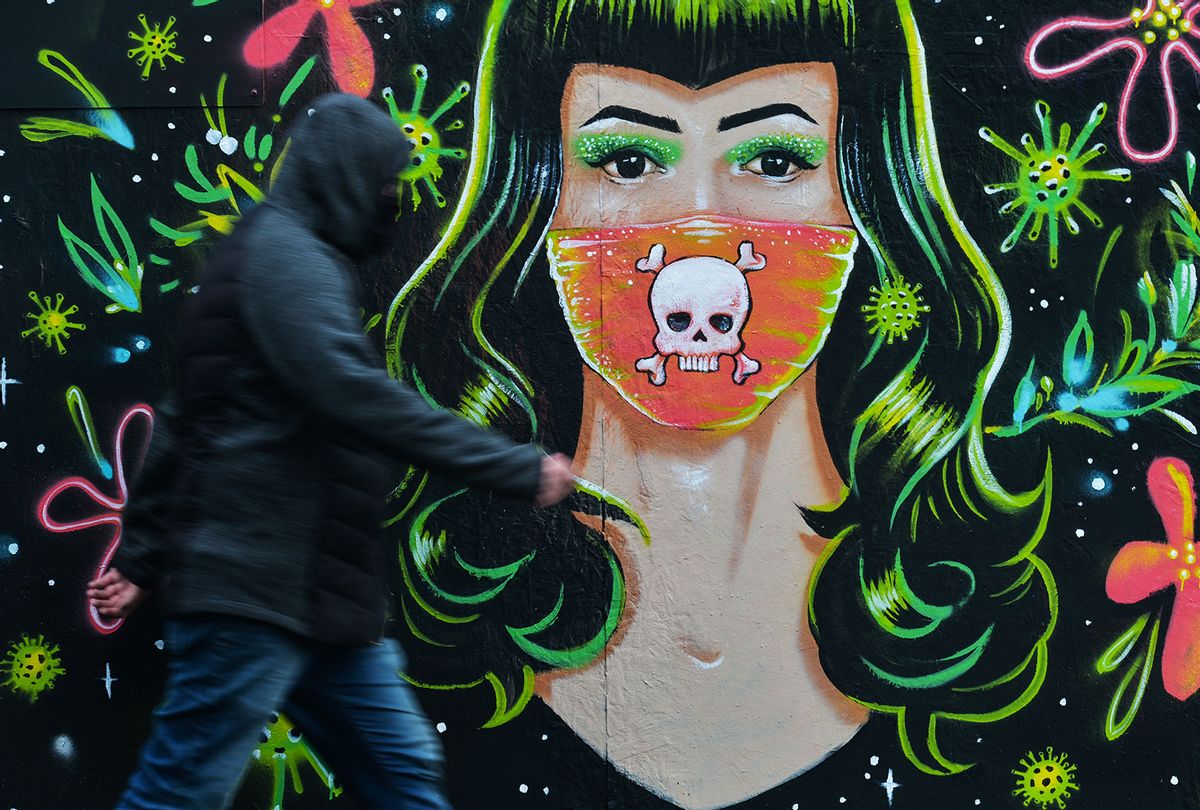 A man walks past a mural by Mr. Gabriel Marques in Dublin (Artur Widak/NurPhoto via Getty Images)
--

Many years ago, talk show hostess Oprah Winfrey had actor Don Cheadle and a couple of other guests on her TV programme to debate racism, including the unresolved question of the N-word. Arguably, by the end of the show, there was no resolution of the status of the word in American society, the country where it has caused so much anguish and turmoil.

"Negro," under slave conditions, quite apart from being a neutral racial category, became a term of absolute dehumanisation. Africans stolen by the millions and transported to the New World had to be divested of their humanity, individuality and variety.

A word had to be invested with the powers of dehumanisation, on the one hand, and absolve the racist oppressor of culpability, on the other. Since the period of US plantation slavery from the 1600s to the 1800s, the word of terror – invested with so much vitriol, hate and revulsion – wended its venomous way through the veins of the black community, polluting the entire body politic.

A word is as delicate as an egg and had to be treated so accordingly.

A state of white supremacy

After the defeat of slavery, the end of the American Civil War, systemic lynching, Jim Crow segregation of the early 1900s, and the successes of the civil rights movement, the terrible word was still loose in American society, evoking dusky trauma and spectres of toxins. It was a word that was not dead and buried. It had acquired a life of its own and had become as complex as the deceit and illusions of the ongoing age of mass incarceration.

American authors Richard Wright in "Native Son" (1940) and Ralph Ellison in "The Invisible Man" (1952) evoke the terror and soul destroying anonymity through which blackness had to exist under white supremacy. The reality of blackness entailed a continual recoil into nameless shadows, opprobrium and silence. Finally, it entailed a state of enforced non-being even if it was artificially constructed.

Mikhail Bakhtin, the Russian cultural critic and literary theorist, popularised the notion of the carnivalesque – a concept that became well-known in his country in the 1960s and much later in the West. It has been subsequently adopted as a means of deconstructing figures and institutions of tyrannical power by ordinary people.

Power, in arbitrary and irresponsible forms, is not often to be confronted head on. Instead, it is more judicious to puncture its bombastic façade using the weapons of humour, evasion and other similar sleights of hand. And thus the sheer terror of unaccountable power is defanged by the instrumentality of humour and the carnivalesque. In that manner, we are able to laugh at the state of abjectness that power imposes upon us in order to endure yet another day.

The N-word lives within the black community like a volcano, ready to erupt at any time, fed constantly by the bitter flares of history, humiliation and dehumanisation. But it also has to be appeased, detoxified and inverted for black folk to remain human and resilient.

Taking venom from a snake

And just as black folk have been able to create astounding works of beauty out of unbearable abjection – think of 1940s bebop music from the brothels and after hours clubs of the American Chitlin' circuit and hip hop from the derelict precincts of the Bronx – the odious, life-crushing word was made to undergo a rebirth, a reinvention and was as such infused with new music and sinuousness.

In this way, the victims and descendants of racial oppression wouldn't have to live with tainted shadows, befouled blood and nightmares every moment of their lives. They had to perform an act similar to daredevilry, which is, to extract and detoxify venom from a snake without being bitten.

When Tupac raps, "I'd ratha be your N.I.G.G.A" and makes it cool to do so, it is easy to gloss over the tribulations, bloodshed and heartbreaks it took to reach this stage of supposedly post-racial, post-Martin Luther King casual hipness.

Yet this seemingly benign scenario has to be juxtaposed with the rise of the Black Lives Matter movement – including its contradictions and disenchantments. It rose due to the alarming cases of police brutality aimed at often unarmed black men and the apparent inaction of the political establishment in curbing these new forms of racial discrimination and injustice.

The word of abjection – regardless of its sordid and tortuous past itinerary – had to be appeased with endless rivers of blood. It would be a demonstration of a lack of empathy for a non-black person to throw the epithet around casually.

In this case, "non-blacks" are those who do not possess a direct or ancestral link to the transatlantic slave trade as primary victims. In the case of South Africa, non-blacks would apply to those who benefited most directly from the apartheid regime of racial stratification.

It is necessary to take into cognisance the multitude of crushed bones, shredded bodies and defeated spirits – in short, the genocidal ordeal – it took for the word to become hip and cool within only black communities.

In other words, it took horrifying crucibles for it to become a specific term of endearment, invariably, a consequence of astronomical costs. It is the inadequate recognition of this excruciating history by non-black persons that rankles the black community.

We need to be constantly reminded that social transformation isn't complete as long as blacks are vilified, oppressed and murdered simply because of the colour of their skin. Recent cases in point, Trayvon Martin, Breonna Taylor and George Floyd.

It's not helpful to adopt a trivialisation of the essence of racial rainbowism without its accompanying historical realities. What precisely are we to achieve by flippantly discarding the humanism we have been nurtured by to acquire a stunted, uncertain version of something that continually seems to elude us? What is the benefit of the new if it fosters a form of ahistorical barbarism?

Hands off the word

So the N-word, regardless of its current chic hip hop-speak, is perennially a double-edged sword, thoroughly Manichean, with Jekyll and Hyde properties. Non-blacks would do well to appreciate this ever-shifting duality and are perhaps better off eschewing it.

It took black folk unimaginable resources of creativity, humanity, humour and generosity to detoxify it for their own collective sanity. Nonetheless a non-black de-contextualised appropriation of it remains, as always, a seismic volcano. A volcano kept active by the flickering embers of racism.

Osha is the author of several books including Postethnophilosophy (2011) and Dust, Spittle and Wind (2011), An Underground Colony of Summer Bees (2012) and On a Sad Weather-Beaten Couch (2015).