ExxonMobil found the real reason for the climate crisis: You

How oil companies used language to make us blame ourselves 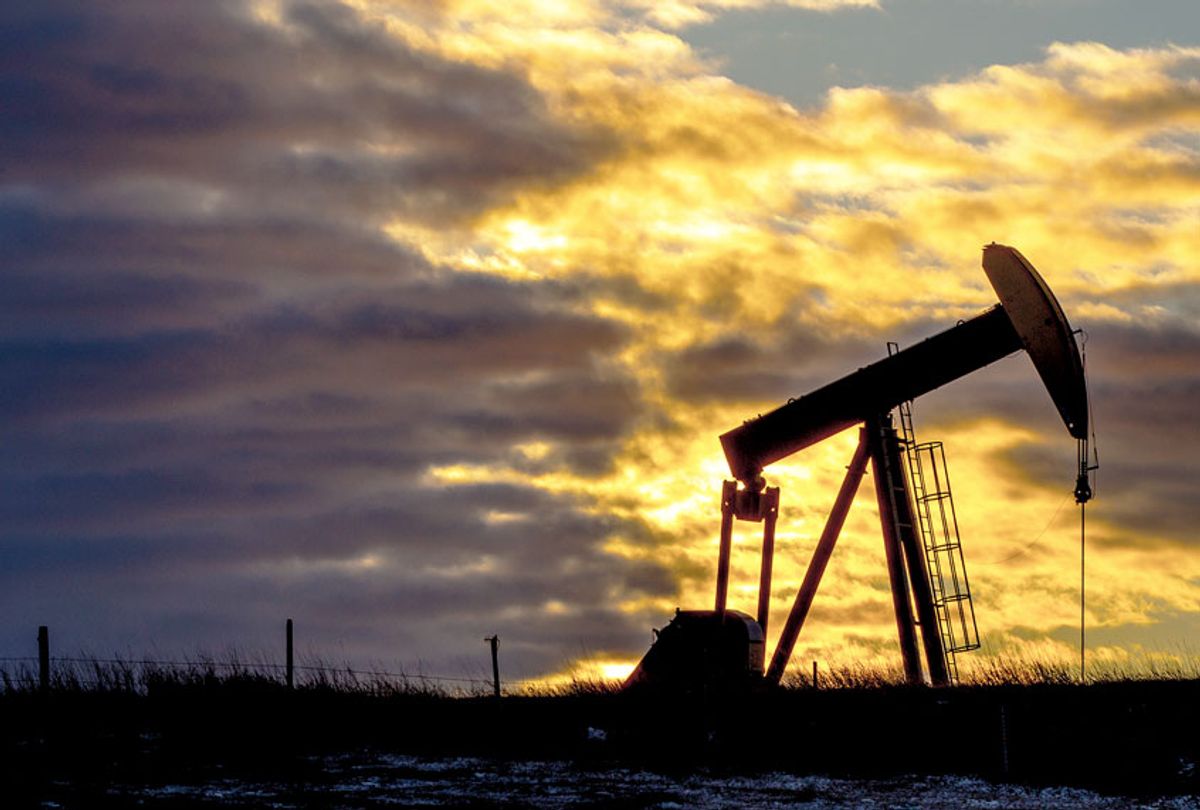 ExxonMobil is known for pumping cars full of gas. But according to a new study, it may have also pumped our language full of BS.

Using machine learning, researchers at Harvard University scrutinized 50 years' worth of the oil giant's memos, studies, and advertisements to spot hidden patterns in how the company talked about the climate crisis — in public and in private. The evidence suggests that ExxonMobil used subtle rhetoric to shift the blame for climate change from fossil fuels to individuals and that this kind of "discursive grooming" might have shaped the way that scholars, policymakers, and the public discuss the problem today.

"What they've done is skew the conversation and make it much more about you and me than about them," said the study's co-author, Geoffrey Supran, a Harvard researcher studying the history of fossil fuel companies and the climate (and a member of the Grist 50 last year). "And that's very problematic and misleading."

In the new study, Supran and Naomi Oreskes, a professor of history at Harvard, used computational linguistics to help reveal patterns in language that might otherwise have gone unnoticed. They used algorithms to process the rhetoric in 180 company documents, including publicly available internal memos, peer-reviewed academic studies written by ExxonMobil scientists, and paid advertorials published in the New York Times op-ed pages — what Supran called a "treasure troves of information."

They found that in company communication and academic papers, ExxonMobil often used phrases like "fossil fuel" and recognized the major role their products play in heating up the globe. But its public communications focused on "consumers," "demand," and "energy efficiency," implicitly pointing the finger elsewhere.

"They're basically biased toward what we call individualistic framings of not only who is responsible for causing climate change, but who is responsible for solving it," Supran said. It all adds up to what the study calls a "fossil fuel savior" frame, which depicts oil companies as innocent, trustworthy innovators simply giving the people what they demand. Other oil giants have tapped into this narrative. In November, Shell put out a poll on Twitter, asking "What are you willing to change to help reduce emissions?" Meanwhile, BP has been touting carbon footprint calculators for more than 15 years.

To be sure, individuals — especially rich jet-setters — do bear some responsibility for global warming, as Kimberly Nicholas, a sustainability scientist, writes in the book Under the Sky We Make. But personal efforts can only go so far without systemic political and economic changes.

The new study builds on previous research by Supran and Oreskes. In 2017, the pair demonstrated that ExxonMobil had historically "misled the public" on climate change, acknowledging the dangers of fossil fuels in private while casting doubt on the science in public. In their new study, Supran and Oreskes turned to what they call "the subtle micro-politics of language" — the often hidden ways that fossil fuel companies have been trying to manipulate the climate conversation. One example they uncovered was an emphasis on "risk."

ExxonMobil's public communications shifted from blatant science denial to language about "risks" in the early 2000s. The word choice suggests a potential threat somewhere in the future, rather than a disaster already unfolding. If you visit Exxon's climate change page today, you'll find six references to the "risks" of climate change.

"Exxon and Chevron and ConocoPhillips, they all continue to call climate change a 'risk' rather than the reality," Supran said. "And that's rather rich when it's literally harming and killing people today and yesterday."

The study draws parallels between the fossil fuel industry and the tobacco industry, which used similar rhetoric about risk and consumer responsibility to deflect blame for selling products linked to cancer. Supran and Oreskes warn that the oil industry may use a similar strategy in court.

In recent years, cities and states have begun filing lawsuits against the fossil fuel industry for knowingly lying to the public about climate change, seeking to hold Big Oil accountable for deceptive marketing practices. Last month, New York City added to the pile of lawsuits, suing ExxonMobil, Shell, BP, and the American Petroleum Institute for "false advertising" and greenwashing, a PR move in which a company parades minor sustainability efforts without changing its polluting ways. Supran and Oreskes anticipate that the findings in their new study may be of interest to lawyers involved in these kinds of cases.

In a statement, a spokesperson from ExxonMobil said that the oil giant "supports the Paris climate agreement, and is working to reduce company emissions and helping customers reduce their emissions while working on new lower-emission technologies and advocating for effective policies."

The new research, he said, "is clearly part of a litigation strategy against ExxonMobil and other energy companies," pointing to the study's support from the Rockefeller Family Fund, which has donated more than $3 million to organizations that support climate liability lawsuits, and Oreskes' support for these lawsuits.

While the new study doesn't prove that Exxon and other fossil fuel companies have shaped the way Americans talk about climate change, it suggests that they may be "one source" of the idea that it's an issue of consumer choice. "I think there's probably good reason to suspect that if there's so many of these texts over decades, that it's going to have some kind of influence," said Richard Besel, a professor of communications at Grand Valley State University in Michigan who was not involved in the study.

Besel suggested that what Exxon didn't say in these documents might also be just as important as what it did. "The way they're selecting and framing things, it's also simultaneously deflecting from things and taking our attention away from other sorts of ways of thinking about climate change," Besel said. Future experiments could test the effects of these framings on public perception. Supran pointed to a study showing that framing the climate crisis as a personal responsibility can make people less likely to support climate-friendly political candidates or reduce their own emissions.

"The most pernicious effect of all this," Supran said, is that the fossil fuel industry may have left its fingerprints on how people think and talk about climate change. "We're groomed to see ourselves as consumers first and citizens second."