"Beyond reprehensible," "evil lunacy" and "absolute sickness" were among some of the responses 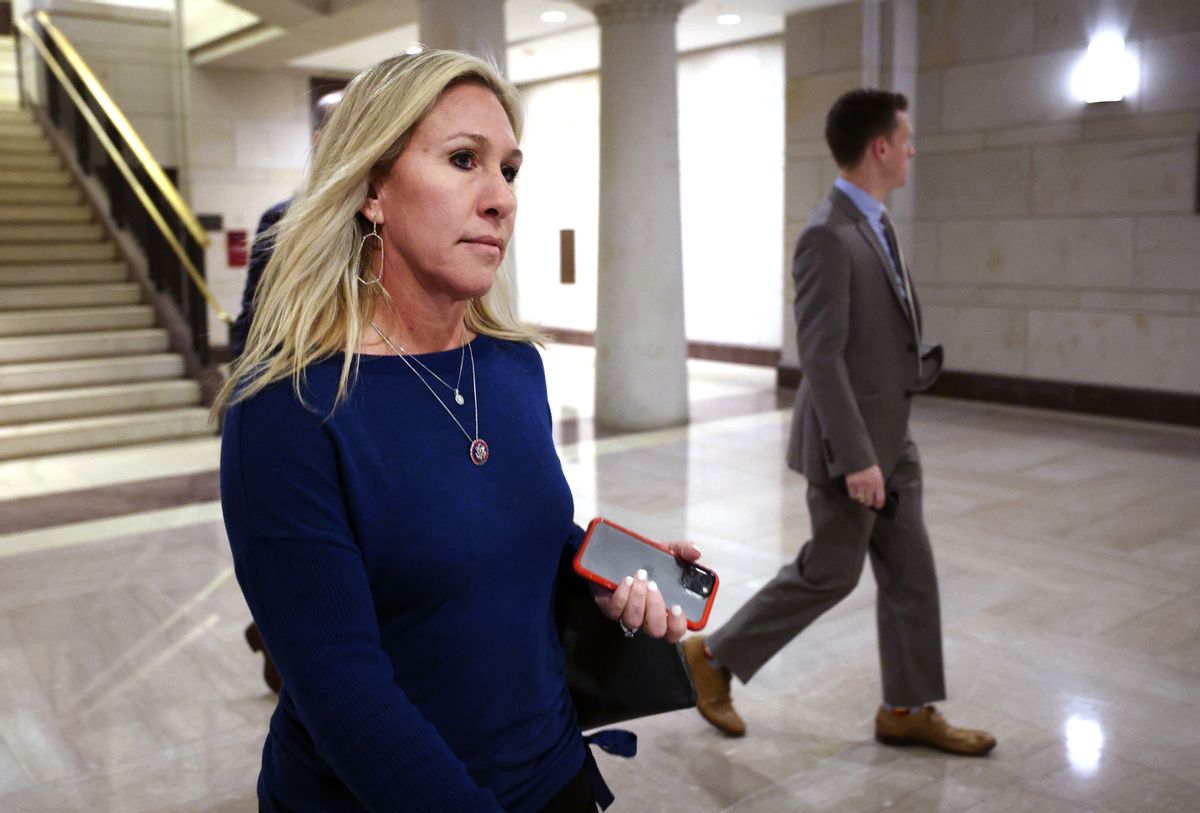 Rep. Peter Meijer, R-Mich., made the comments during an interview with Dana Bash on CNN's "State of the Union" Sunday.

"Well, first off, any comparisons to the Holocaust it's beyond reprehensible," he said. "I don't even have words to describe how disappointing it is to see this hyperbolic speech that, frankly amps up and plays into a lot of the anti-Semitism that we've been seeing in our society today. Vicious attacks on the streets of New York and in Los Angeles."

Greene made her initial statement during an interview earlier this week on Real America's Voice, a right-wing cable news network.

"You know, we can look back at a time in history where people were told to wear a gold star, and they were definitely treated like second class citizens, so much so that they were put in trains and taken to gas chambers in Nazi Germany," Greene said when asked about mask policies. "And this is exactly the type of abuse that Nancy Pelosi is talking about."

Other Republicans in both houses of Congress also lined up over the weekend to denounce their colleague for the hyperbolic statement. Rep. Liz Cheney, who was recently ousted from her GOP leadership role for contesting former President Donald Trump's false claims of election fraud, tweeted "This is evil lunacy."

It's the latest flare-up over the first-term congresswoman's incendiary and often bizarre public statements. Green was booted from all her committee assignments in February over past comments on social media calling for violence against Democrats and her endorsement of elements of the Qanon conspiracy theory (though she claims to no longer believe in it as a whole).

Greene later defended her statements in a local news interview.

"I stand by all of my statements, I said nothing wrong," she said.