The star of my kitchen? This do-anything plant-based protein 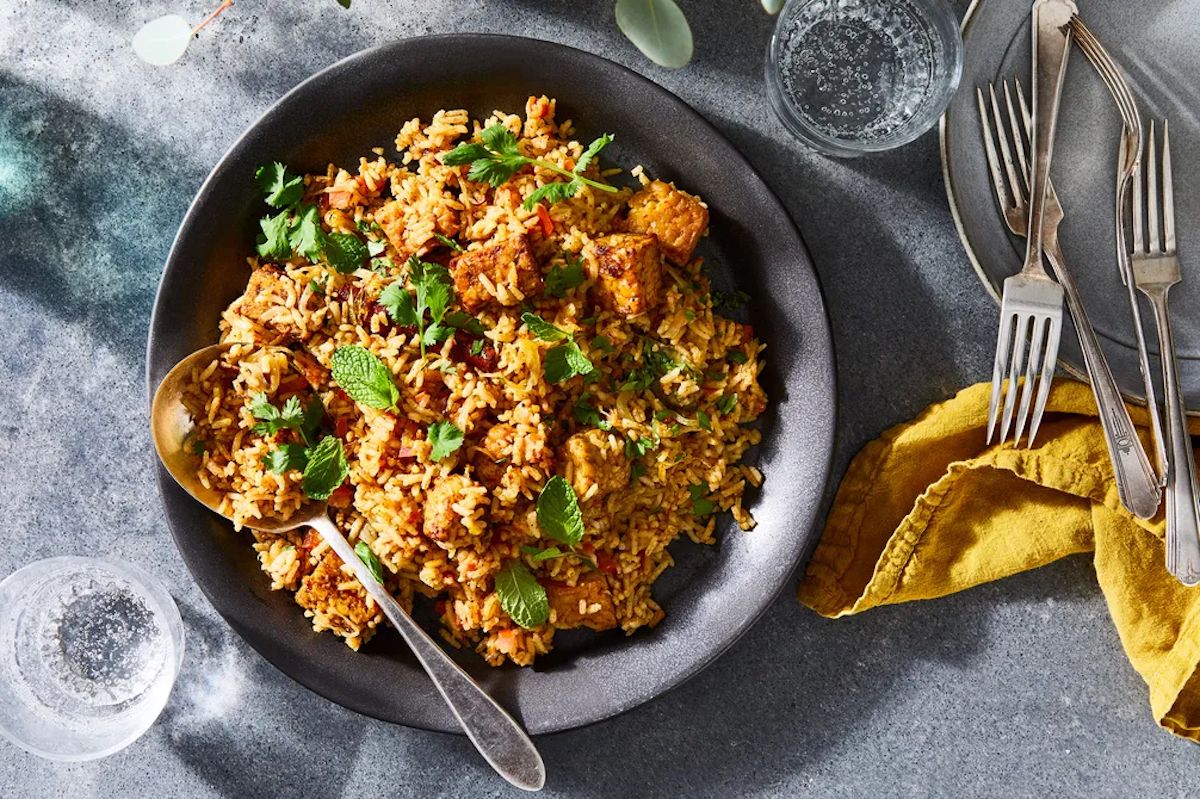 Vegetarians spend a large part of the day trying to figure out ways to add more protein to their diet. Even for an Indian vegetarian, whose average meal is more or less balanced — carbohydrates from roti or rice, vitamins and minerals from sabzi, and protein from dal — it can be exciting to move beyond lentils and sprouts in search of more protein.

Beyond the everyday staples above, the most obvious vegetarian choice of protein across the country is paneer, followed by tofu and soy granules. I like to crumble ample amounts of tofu in my morning burji (a spiced scramble of sorts) and make keema out of soy granules, sometimes stuffing it into a samosa to make a quick snack. I turn chickpea mash into kebabs, saving paneer for rich vegetarian kormas and saags. But with so much noise around dairy (for reasons related to human health and animal welfare), the lack of availability of homemade tofu, and the fact that soy granules always come out of a cardboard box, meeting tempeh has changed the game for me.

Tempeh wasn't such a big part of my Indian kitchen until two years ago, though it has been around since the 1800s. Originating in Java, tempeh has long been an important part of the Indonesian meal. But it wasn't until a few years ago, when a few artisanal tempeh makers started selling it in small quantities, that it became accessible for urban cooks in India.

Essentially made out of fermented soybeans and sometimes also chickpeas, tempeh in India is experiencing a slow but sure boom. Case in point is the new wave of small-batch tempeh brands popping up everywhere from Bengaluru to Mumbai, from Tempe Wala to Health on Plants, Hello Tempayy to Tempe di Mumbai.

Tempeh is dense and toothsome, but without the meat-like chew that processed faux meat products often have (and which many vegetarians, like myself, don't quite love). And as far as I'm concerned, if I can find a plant-based protein that will absorb flavors, won't break down while grilling and charring, and will bring a hearty texture into my dish, then it's a worthy contender to add to my repertoire; with it, I can make Indian dishes such as Kashmiri rogan josh, Rajasthani laal maas, Himachali mutton rara, and others that feel impossible to replicate without the addition of meat.

Another big plus of tempeh is that, like meat, it has an ability to hold on to whatever you roll it in. To make a Tangra-style chicken, for example — without the chicken, of course — I toss it with chiles and soy sauce. Tempeh also crumbles well to make flavorful kebabs, and it can be cooked with lots of spices and wrapped in paratha like a Kolkata-style kathi roll.

But to me, the best part of adding tempeh to an Indian meal is its nutritional benefits. While India ranks top when it comes to a vegetarian population, with 38% of the country abstaining from meat, according to a 2017 survey, 73% of that vegetarian population is deficient in protein. While tofu contains 8 grams of protein, and paneer is at 14 grams, tempeh's protein content is a whopping 19 grams per 100 grams, and therefore it is my go-to. Besides, it is loaded with calcium and B-12, and is high in fiber and low in carbs, giving it an edge over other plant-based proteins.

An average batch of tempeh is fermented for two days before it reaches you, and while tang can take a while to get acclimated to, it is actually a big draw — tempeh is full of probiotic bacteria that supports gut health. Though Indian cuisine is loaded with fermented sides like pickle and condiments, it is tough to find a chunky main that gives you all these benefits in a single ingredient — that's what makes tempeh a keeper in my kitchen.