Tim Scott and the GOP's response to George Floyd's killing

While Scott has been painted as a GOP bastion of police reform, he has predictably stood firm against reforms 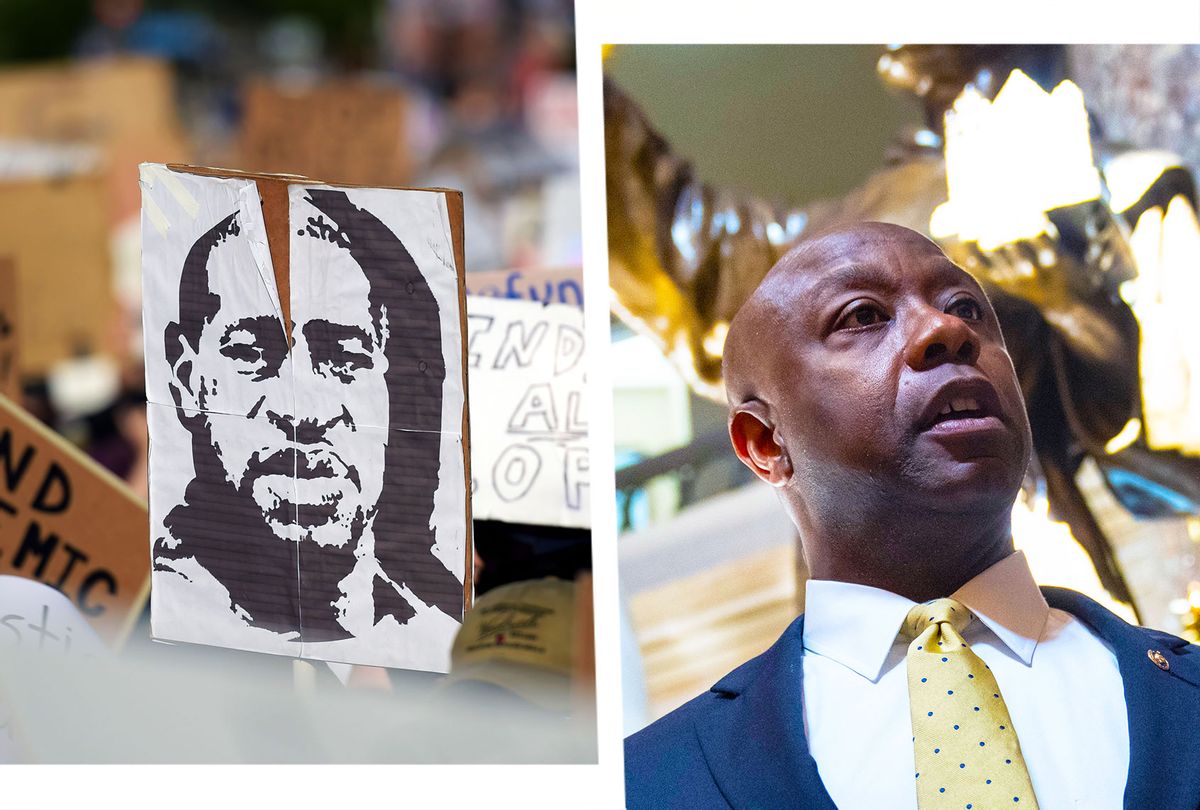 With Congress now expected to miss a deadline it set to pass a sweeping police reform bill on the anniversary of George Floyd's death, some might say the bill's passage falls largely on the shoulders of rising GOP star Sen. Tim Scott, R-S.C., who has been christened by Republicans as their chief negotiator on the measure.

Bipartisan negotiations around the bill have been unfolding for weeks. However, lawmakers have seemingly reached an impasse with no apparent end in sight, given the wide rift between the progressive and conservative sentiment on police reform.

Scott, who is joined by Rep. Karen Bass, D-Calif., and Sen. Cory Booker, D-N.J., to lead the negotiations, has presented himself as someone who deeply connects to the grievances many Black Americans have with the police. "I personally understand the pain of being stopped 18 times driving while black," he said in the '"Face the Nation" interview. "I also have seen the beauty of when officers go door-to-door with me on Christmas morning, delivering presents to kids in the most underserved communities. So I think I bring an equilibrium to the conversation."

While Scott has been painted as a GOP bastion of police reform, he has predictably stood firm against loftier demands from progressives, who have called for measures like an outright ban on chokeholds, abolishing qualified immunity, and defunding the police. Last year, Scott called the Democratic proposition to weaken qualified immunity "the poison pill," largely because it has been a sticking point in bipartisan negotiations, as Vox noted earlier this month.

By comparison, the Democrats' current legislative counterproposal – the George Floyd Justice in Policing Act – imposes a federal ban on chokeholds and no-knock warrants. It also seeks to institute a national record of police misconduct and prohibit certain kinds of military-grade weaponry from being used by police departments.

Some on the left have expressed optimism regarding Scott's potential to broker a deal. "He's a good-faith actor, and he's also a Black man in America and knows a lot of these issues, personally," Booker said. "So if anybody can get it done on his side, he's the right person to be negotiating."

Sen. Joni Ernst, R-Iowa, told USA TODAY that the South Carolina senator "is the perfect person," adding that he "has a lot invested in this. He's a great spokesman; I have a lot of respect for him for stepping out and doing this."

Others see Scott's role in the negotiating process as more of a symbolic gesture by Republicans to play nice or even stall negotiations. Jason Williams, assistant professor of justice studies at Montclair State University, told USA TODAY that Scott is simply a Trump loyalist who "tends to pander to the right."

"I see him giving absolutely nothing to the cause on this," Williams said, claiming that he will likely stall negotiations until political pressure fizzles out.

During Scott's response to President Biden's first speech to Congress, the GOP lawmaker recounted his experience of being called racially derogatory terms like the N-word and "Uncle Tom." He also mentioned that he personally knew what it felt like "to be pulled over for no reason" and to be "followed around a store while I'm shopping." Scott went on to argue, however, that America is not in fact not a racist country.