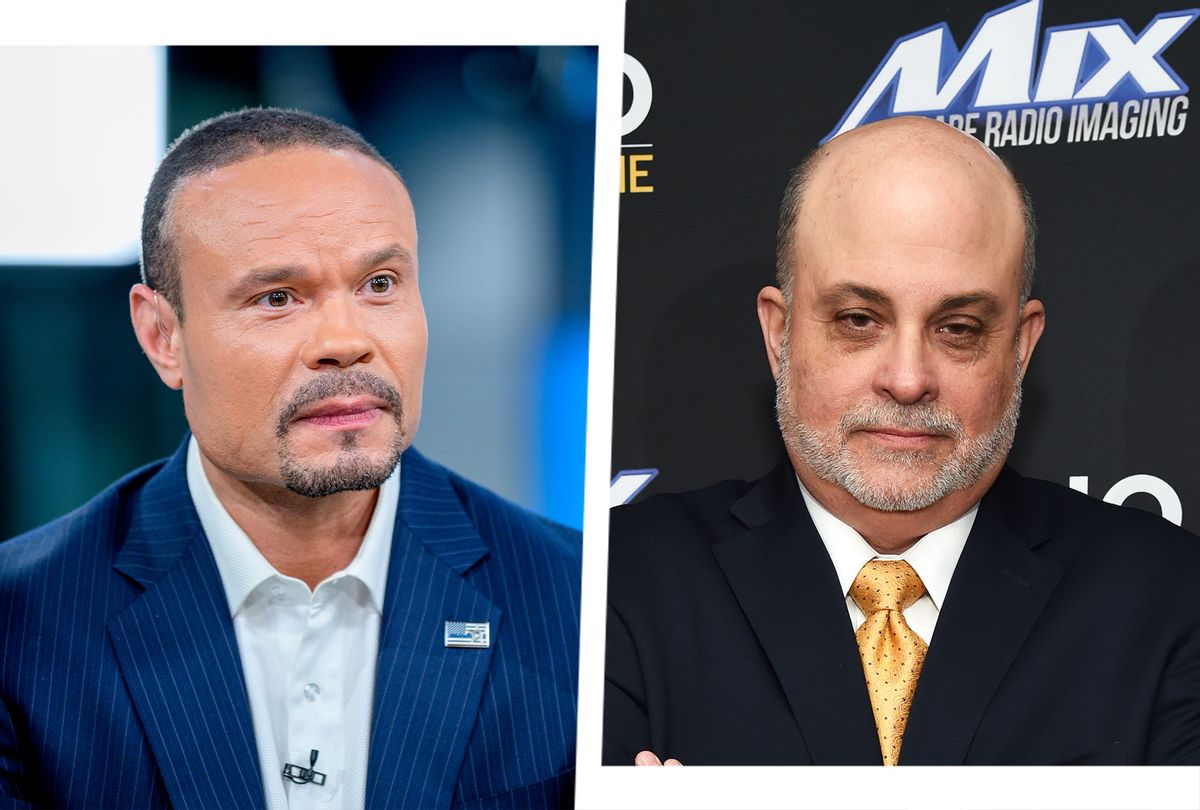 Conservative pundits, including the likes of right-wing radio kingpins Dan Bongino and Mark Levin, have had some stumbles in recent weeks when it comes to encouraging boycotts of companies they feel have mistreated conservatives — or practicing them themselves.

The latest boycott folly came from Bongino, a thrice-failed congressional candidate turned pro-Trump pundit who is trying to position himself as true heir to the late Rush Limbaugh. Bongino has encouraged his loyal listeners to boycott Amazon and build a "parallel economy" to rival the e-commerce giant ever since Amazon Web Services booted Bongino's social media venture, Parler, from its network in retribution for Jan. 6 organizing on the platform.

"I love Whole Foods. It's a great place; the food is delicious. Whole Foods is really expensive sometimes; it can be, I like it, I shop there. It's cool once in a while. There is one down, I think, in Palm Beach," Bongino stated last Friday on his podcast — before an off-camera individual interrupts the radio host to inform him that Whole Foods is owned by Amazon.

"What's that? And it's owned by Amazon? Is it?" Bongino, appearing shocked, asked aloud. "Oh, no way. I gotta check that out."

Reached for comment about the unintended support of Amazon, Bongino was less fiery than usual, appearing to take the error nearly in stride. "Thanks for your continued support of the show; it is deeply appreciated," Bongino told Salon, while attempting to plug his personal website.

At the end of April, Fox News weekend host and conservative radio talking head Mark Levin said he would stop drinking Diet Coke and replace it with Hi-C Orange — which is also produced by the Coca-Cola Company, rendering any attempted boycott ineffective.

"I love Hawaiian Punch; what about you, Mr. Producer? You ever drink that?" Levin declared. "I'll tell you what else I like ... I like this Hi-C Orange — just the orange, just the orange ... I'm getting away from Diet Coke altogether; I have had enough of those people!"

This isn't the first time conservatives have attempted to boycott brands and fail miserably in the process; indeed, there is a long history of such failures. In 2018, conservatives upset with Nike using former NFL quarterback and Black Lives Matter activist Colin Kaepernick at the center of its new ad campaign began destroying their Nike apparel. "Our Soundman just cut the Nike swoosh off his socks. Former marine. Get ready @Nike multiply that by the millions," country music star John Rich tweeted at the time.

Our Soundman just cut the Nike swoosh off his socks. Former marine. Get ready @Nike multiply that by the millions. pic.twitter.com/h8kj6RXe7j

Then there was the occasion in 2017 when Sean Hannity fans destroyed their Keurig coffee machines to back the Fox News host after the company pulled its ads from Hannity's program over his defense of Alabama Republican Senate candidate Roy Moore. Hannity tried to save the advertiser (and the valuable ad dollars) by giving away 500 Keurig machines, but it was too late. By the end of the boycott, an unknown number of Fox News viewers were just left with expensive coffee machines they had tossed off balconies or otherwise obliterated.

Another failed right-wing boycott was back in 2016 when angry Breitbart readers dumped Kellogg's cereal down toilets because the manufacturer of Corn Flakes wanted nothing to do with Steve Bannon's onetime website.

Few such examples, however, can compare to former President Donald Trump's commandment to his followers to boycott Coca-Cola over the company's objections to the recently passed law restricting voting access in Georgia. The next day, a shiny glass Coke bottle was clearly visible on Trump's desk.

If right-wingers appear committed to undermining democracy, they seem to have difficulty sticking to product boycotts.