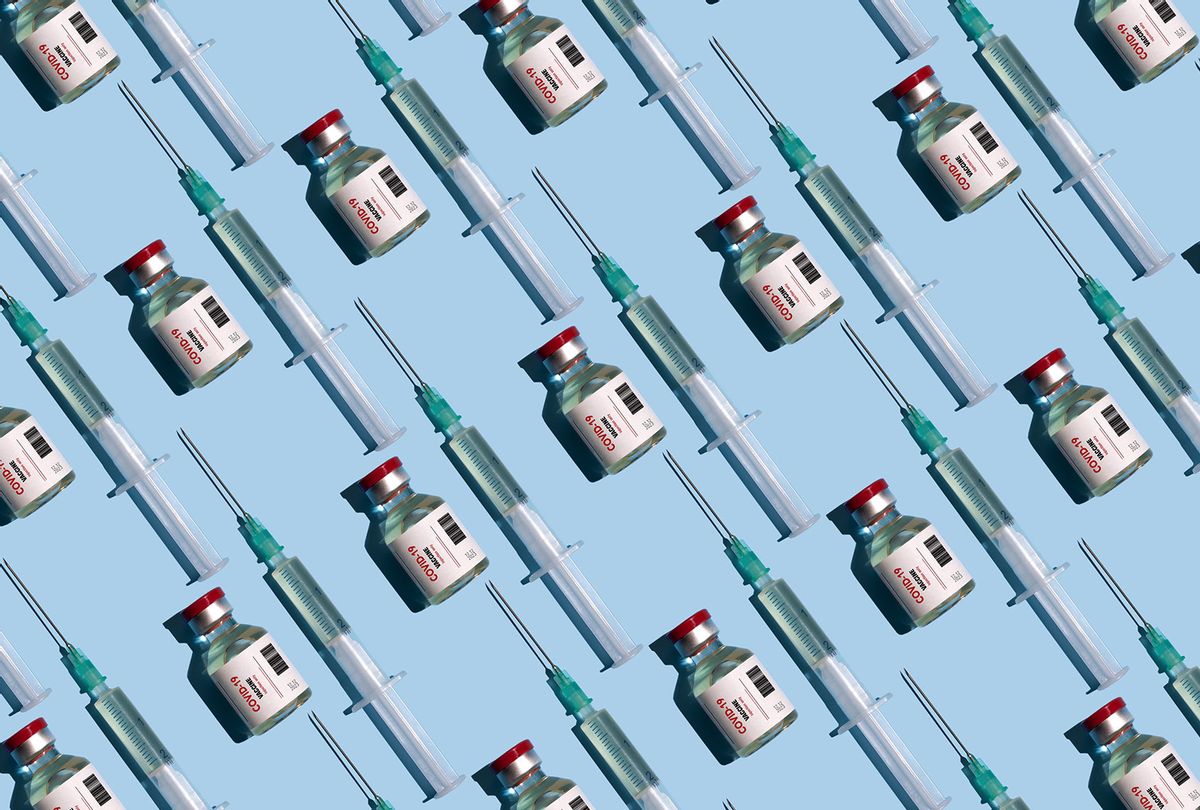 A day after data from the U.S. Centers for Disease Control and Prevention showed that nearly half of the adult population in the country has been fully vaccinated against the coronavirus, the head of the World Health Organization on Monday sharply criticizedthe "scandalous inequity" of global vaccine access and said no single nation can assume it's safe from the virus until all are.

"Almost 18 months into the defining health crisis of our age, the world remains in a very dangerous situation," said WHO Director-General Tedros Adhanom Ghebreyesus in his opening remarks to the organization's annual assembly of health ministers. Underscoring the danger, the WHO said in a report last week that the global death toll from Covid-19 is likely two to three times higher than officially reported, claiming the lives of as many as eight million people thus far.

Despite a downtown in Covid-19 cases and deaths over past three weeks, Tedros warned that the situation is still "fragile."

"No country should assume it is out of the woods," he said, "no matter its vaccination rate."

Among the concerns Tedros laid out is that the constantly changing nature of the virus could mean that current vaccines will be ineffective against new variants.

"We must be very clear," he said. "The pandemic is not over, and it will not be over until and unless transmission is controlled in every last country."

Key to making that happen is for nations to share vaccines with COVAX, the WHO-led global initiative, said Tedros. Right now, he said, COVAX is facing a "vastly inadequate" supply of doses.

Some wealthy nations like the U.S., meanwhile, have a surplus of vaccine doses.

"The ongoing vaccine crisis is a scandalous inequity that is perpetuating the pandemic," Tedros said. "More than 75% of all vaccines have been administered in just 10 countries."

"There is no diplomatic way to say it: A small group of countries that make and buy the majority of the world's vaccines control[s] the fate of the rest of the world," he said.

There is simply "not enough supply" globally, which means that "countries that vaccinate children and other low-risk groups now do so at the expense of health workers and high-risk groups in other countries," said Tedros. "That's the reality."

Looking ahead to the WHO's September goal of having at least 10% of the population of every country vaccinated and its December goal of having at least 30% vaccinated, Tedros said member states must ensure that they urgently direct to COVAX "hundreds of millions more doses." Vaccine makers must also offer new batches first to COVAX or commit 50% of their volumes to COVAX this year.

Part of the shortage problem was put at the feet of Big Pharma.

"Several manufacturers have said they have capacity to produce vaccines if the originator companies are willing to share licenses, technology, and know-how," said Tedros. "I find it difficult to understand why this has not happened yet."

A good effort, by contrast, is the proposal at the World Trade Organization for a temporary waiver of intellectual property protections on coronavirus-related vaccines and technology, he said, and welcomed recent U.S. support for it.

As policymakers plot out Covid-19 recovery plans for a future in which it's "an evolutionary certainty that there will be another virus with the potential to be more transmissible and more deadly than this one," Tedros cautioned against "tinkering at the edges," saying it's instead "the moment for bold ideas, bold commitment, and bold leadership; for doing things that have never been done before."

"In fact," he added, "the only choice we have is between cooperation and insecurity."