Luminescence, or earthquake lightning, has mystified humans for millennia. A new paper may explain it 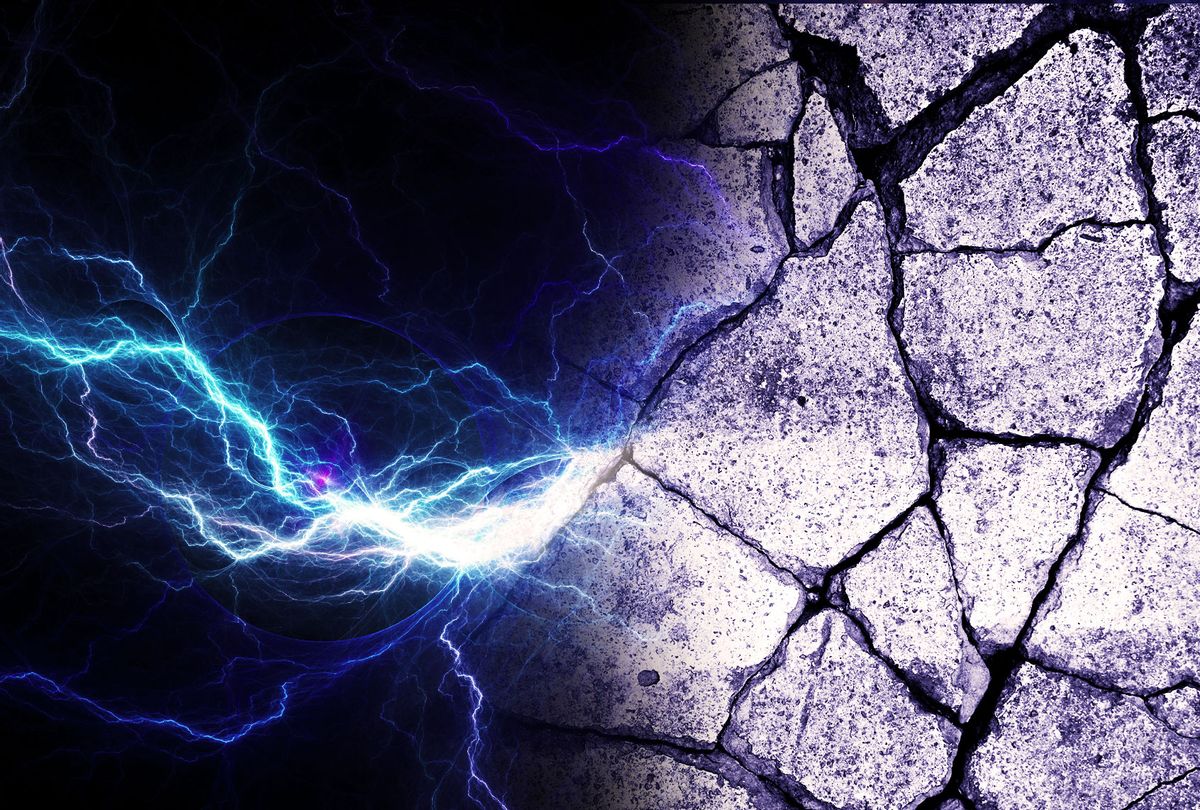 It sounds like something out of a Bible passage or horror movie: Earthquakes and lightning happening simultaneously, as though cracks in the ground were unearthing a fountain not of water but of electricity.

Yet the prospect of lightning and earthquakes happening at the same time is not science fiction or fantasy, but a relatively normal occurrence. Throughout history, scientists have often documented earthquakes being associated with a phenomenon known as luminescence, creating an all-nature lights show known as "earthquake lightning" which happens while the Earth literally trembles beneath our feet. One of the most notable occasions happened during the Matsushiro earthquake swarm in Japan from 1965 to 1967, which caused a nearby mountain to flicker with light.

Yet for years, no one has been entirely sure why earthquake lightning happens. Now, Professor Emeritus Yuji Enomoto of Shinshu University in Japan, may have figured it out.

"I was able to quantitatively explain the geomagnetic fluctuations observed in the Matsushiro earthquake swarm that occurred in central Japan in 1965-1967," Professor Emeritus Yuji Enomoto of Shinshu University recalled to Salon in an email. "It is well known that this earthquake swarm caused the earthquake lights to be photographed for the first time in the world."

Indeed, in a recent paper published in the journal Earth, Planets and Space, Enomoto and his colleagues find support for the idea that fluid stored in the earthquake's epicenter assists in generating large electrical currents. Those currents, in turn, might lead to the various electromagnetic anomalies that can occur before and after an earthquake, including those that result in earthquake lightning.

By conducting laboratory experiments on indoor rock fracture and gas-electric interactions using rocks like granite, Enomoto and a team from Shinshu and Japan's Genesis Research Institute were able to back up their hypothesis that a fault-valve forms before an earthquake in the epicenter area of a seismic fault. Over time, dense layers form in the crust and trap fluids, meaning it is only a matter of time before some stimulus will cause the fault valve to crack. When that happens, high-pressure fluid rises along the fault while the pressure slowly goes down, instantaneously degassing dissolved carbon dioxide or methane in ways that expand their volume and thus the cracks. This weakens the fault, accelerates the fissuring process and causes an earthquake.

Meanwhile the gas becomes electrified and, since it is negatively charged, generates a current while it moves.

This knowledge may eventually help clear up the mystery that confounded ancient Egyptian and Roman historians and has mystified people in recent years from Mexico to New Zealand.

As Enomoto emphasized to Salon, however, there is still much to learn about earthquake lightning.

"Of course, it would be good if we can predict the earthquake occurrence by catching the [electromagnetic] anomalous signal prior to an earthquake," Enomoto says. However, he adds that researchers first need to make more observations of electrical current during earthquakes, in order to "grasp the relationship [between] the signals and the characteristics of the earthquake." This will take a long time, but he believes that it's possible.