Trump Org. witness says she faces eviction for speaking out about alleged crimes 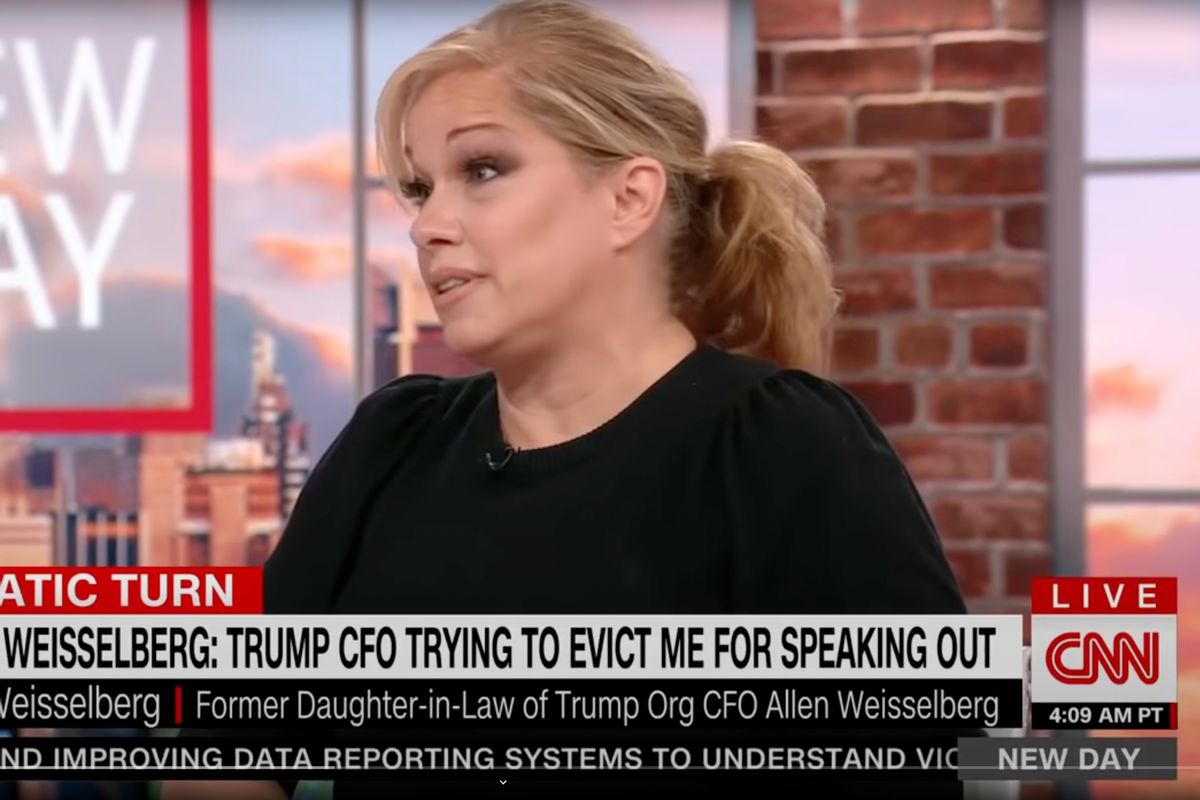 During a lengthy interview, host John Berman asked Weisselberg if she's faced any retaliation for her willingness to talk about the testimony she's provided in the Manhattan District Attorney's probe of the Trump Organization.

"Yes," she replied. "Allen Weisselberg is on my lease... yesterday I was served to leave my apartment within the next seven days. So that's a threat! That's a threat!"

Berman then asked her what the justification was for the sudden eviction.

"So Monday night, on another network, I appeared with Michael Cohen and Stephanie Winston Wolkoff," she explained. "I spoke about details on the Trump payroll corp on that show... there's definitely tax evasion. For the first time they seem really nervous."

Weisselberg then said that she believed her former father-in-law would flip on his former boss, in part because he's 75 years old and wouldn't want to spend any time in jail.

Watch the video below via CNN: