What if latkes were made with asparagus?

Bask in the same latke-induced endorphins (a thing!) even if the main ingredient couldn't be more different 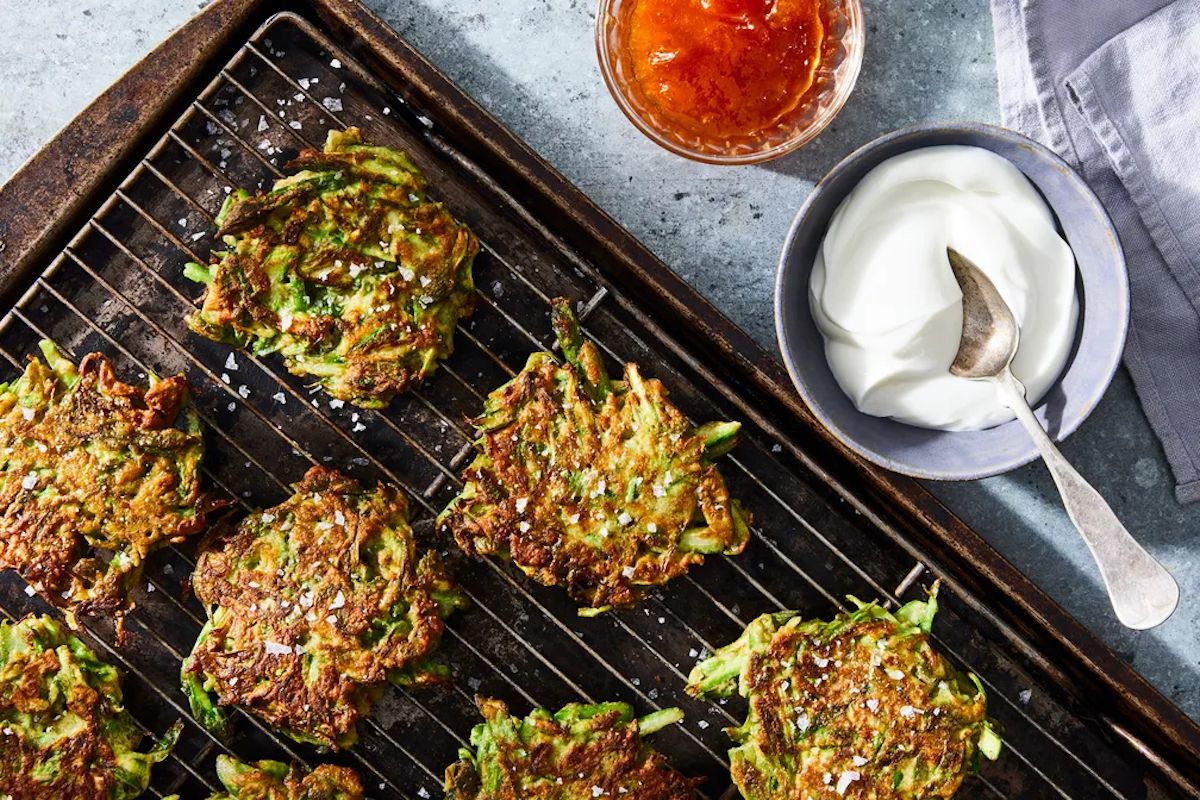 By definition, a latke is a potato pancake — fried in enough oil to splatter your forearms and make your home smell like a state fair — but this unruly recipe needs no potatoes. Not russets, not Yukons, not reds, not blues. Instead? Asparagus.

Yes, sure, this Jewish classic may be the last thing you think of come spring. Its strongest association, Hanukkah, the annual holiday celebrating the rededication of the Temple of Jerusalem, is 201 days away.

But when a latke is so crispy at the edges, so custardy in the middle, so eager to be swooshed through sour cream, so excited to be dolloped with preserves — what a shame it would be to eat it only once a year. So let's spring-ify latkes. Let's latke-ify spring.

Juicy, snappy, in-season asparagus is only available for a few months (though the plants live as long as 10 years—can you imagine!). Whether with pasta or rice, however you use it ought to feel special, the sort of minimalist dish that is more about the asparagus than it is about anything else.

Luckily, this is not unlike how my mom taught me to make latkes: mostly potato shreds and shards, with just enough yellow onion for savory oomph, and just enough flour and egg to keep things from falling apart. While she defaults to all-purpose for its reliability, in this case I swapped in rye for its nutty, malty superpowers, a delightfully earthy contrast to the sweet vegetable. (If you don't have rye, whole-wheat can step in.)

After sizzling in oil for a few minutes, the result is something of a magic trick.

With the same crackly-squishy bite as the potato originals, the same greasy fingertips, the same inability to eat just one — or two or five — my brain basks in the same latke-induced endorphins (a thing!). Even if the main ingredient couldn't be more different. Even if the color is not yellow or beige, but green as the grass on a May morning.