In Chicago, Emanuel helped cover up the police killing of a Black teenager. Does he deserve a key diplomatic post? 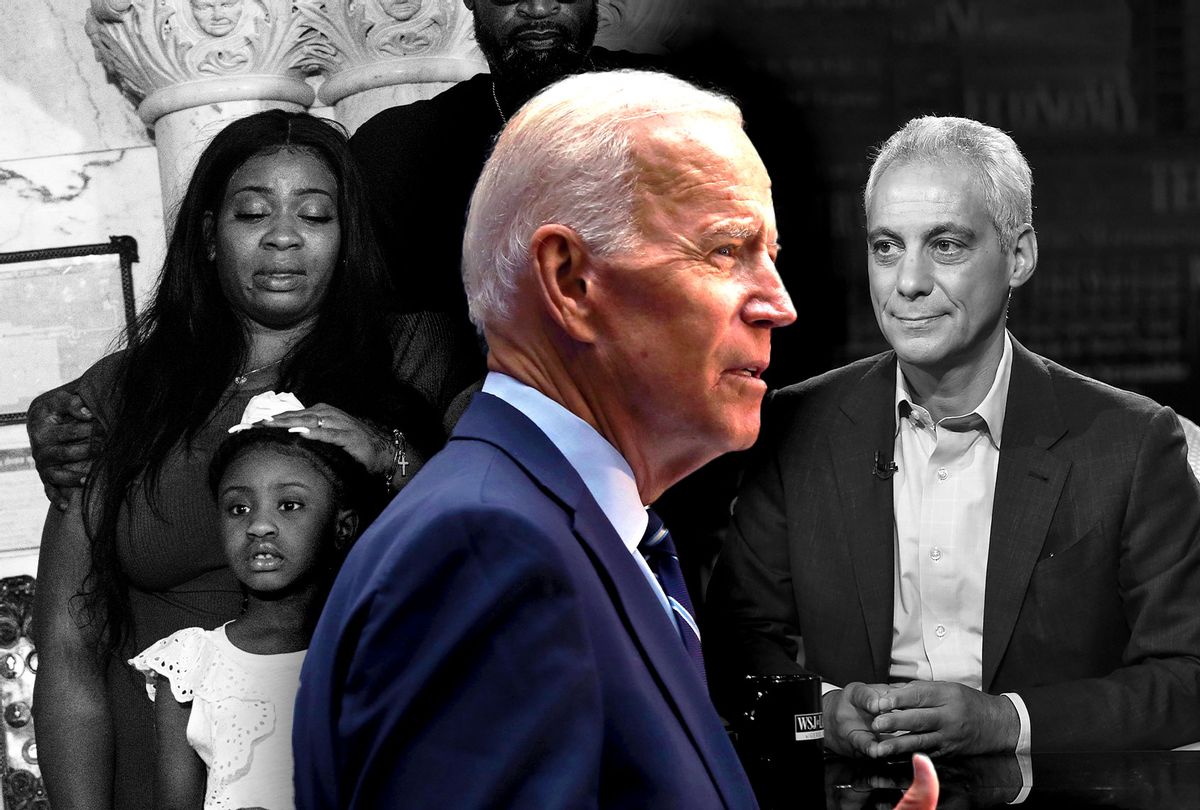 If President Biden meant what he said after meeting with George Floyd's family in the Oval Office earlier this week, he won't nominate Rahm Emanuel to be the U.S. ambassador to Japan. But recent news reports tell us that's exactly what he  intends to do.

After the meeting, Biden declared that the murder of Floyd by a Minneapolis police officer "launched a summer of protest we hadn't seen since the Civil Rights era in the '60s — protests that peacefully unified people of every race and generation to collectively say enough of the senseless killings." The words were valuable, and so was the symbolism of the president hosting Floyd's loved ones on the first anniversary of his death.

But the value of the White House event will be weakened if Biden names Emanuel to one of this country's top diplomatic posts, evidently ignoring the latter's well-earned notoriety for the cover-up of a video showing the police murder of 17-year-old Laquan McDonald.

When McDonald was shot dead by Chicago police one night in October 2014, Emanuel was the city's mayor, then facing a tough re-election fight. Fortunately, a dash camera on a police car captured the murder on video. Unfortunately, Emanuel's administration suppressed the video for 13 months, until after he had won another term.

Imagine if, when Minneapolis police officer Derek Chauvin killed Floyd by kneeling on his neck for nine minutes and 29 seconds, there had been no civilian nearby with a cell phone able and willing to record the murder, and the only visual record of what had happened was a police video. And imagine if the city of Minneapolis had suppressed that video for 13 months, until a judge's order finally forced its release.

That was exactly what happened in Mayor Rahm Emanuel's Chicago.

When reports surfaced last November that Biden was considering Emanuel for a cabinet position, Rep. Alexandria Ocasio-Cortez, D-N.Y., pointed out: "Rahm Emanuel helped cover up the murder of Laquan McDonald. Covering up a murder is disqualifying for public leadership." Rep.-elect Mondaire Jones, D-N.Y., not yet seated in Congress at the time, tweeted: "That he's being considered for a cabinet position is completely outrageous and, honestly, very hurtful."

Two weeks ago, responding to news that Biden had decided to nominate Emanuel as ambassador to Japan, Rep. Jamaal Bowman, D-N.Y., sent out a cogent tweet:

Serving as ambassador to Japan would put Emanuel in the thick of economic and military policies. Japan has the world's third-largest economy. The U.S. currently has two dozen military bases in Japan. A recklessly confrontational military approach in East Asia would surely get a boost if the next U.S. ambassador in Tokyo is Emanuel, a longtime hawk who supported the Iraq war even after many Democratic leaders had turned against it.

For decades, Emanuel's career has been the opposite of diplomatic as he has bombastically denounced progressives and served corporate interests while enriching himself. His record of running interference for racist police violence while mayor of Chicago underscores what a terrible mistake it would be for the Senate to confirm him as ambassador.

Impunity for American men in uniform who commit violent crimes is a deeply emotional subject in Japan. Outrage has long festered there, especially on Okinawa, where women and children have been subjected to sexual assaults by U.S. military personnel stationed at bases there.

Blocking Emanuel's nomination to be the top American diplomat in Japan won't bring back Laquan McDonald or any of the other African Americans murdered by police. But it would send a strong signal to mayors and other public officials that covering up brutal police violence is bad for career advancement.