Climate tipping point? ExxonMobil's shareholder revolt and the end of the line for fossil fuels 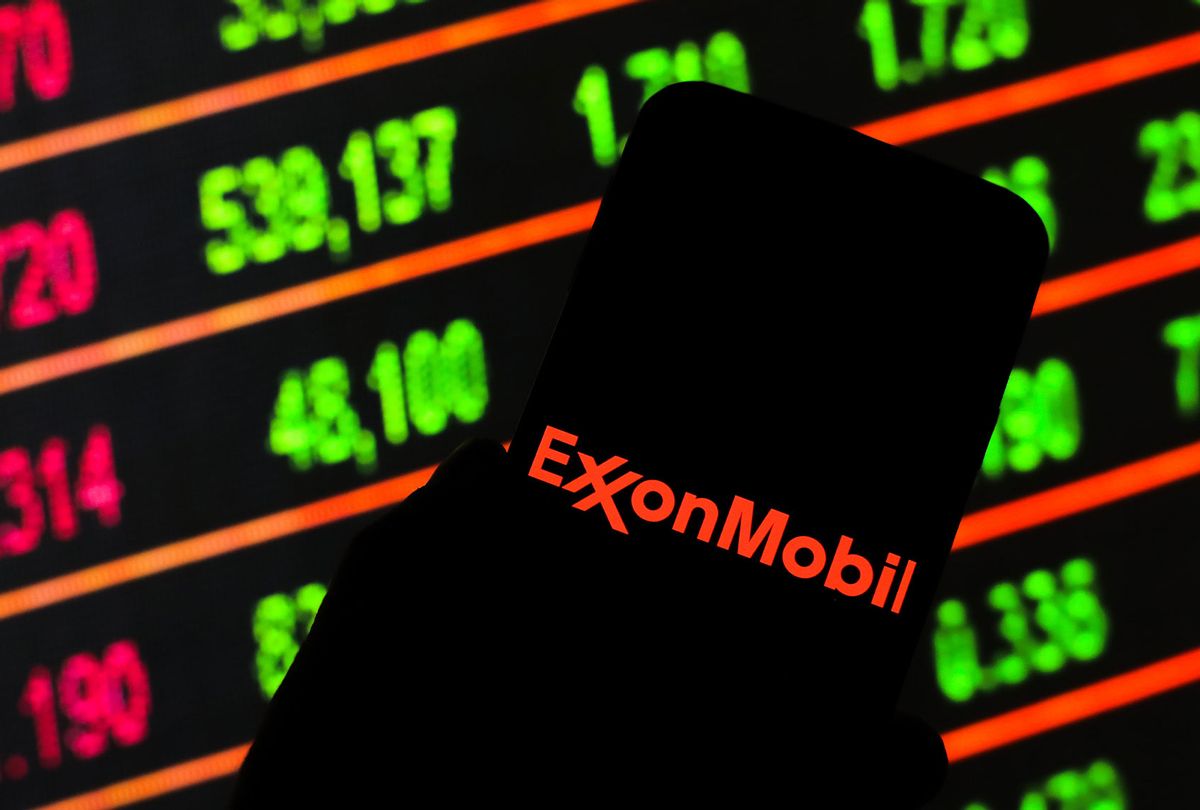 Few days spell out the future as clearly as this Wednesday did in terms of energy and climate action. The dikes of denial behind which Big Carbon has sheltered their deadly oil, coal and fossil gas were breached not once or twice but three times, and are now irreversibly crumbling.

Chevron shareholders rebuked the oil company's refusal to commit to reduce climate emissions from both its production and sale of oil and gas. A Dutch court told Shell, which had already made such a commitment, but an inadequate one —  pledging a 20% reduction by 2030 — that in fact its emissions impact had to be cut by 45% in that same nine-year span, and placed in compliance with the 1.5-degree celsius warming limit called for by the Paris agreement.

In the biggest headline-grabber of all, ExxonMobil shareholders rejected at least two and perhaps three of the company's board candidates. Instead they elected anti-management candidates offered by a tiny hedge fund called Engine Company #1, which attacked Exxon's climate denial as a business folly that is leading the company towards bankruptcy. (Full disclosure: The Engine Company #1 candidate whose candidacy is too close to call, Andy Karsner, is a friend of mine.)  One key to the shocking defeat of Exxon's board slate was the decision by its second-largest investor, BlackRock, to vote against three of the four challenged Exxon board members.

Oil was not alone in Wednesday's day of reckoning. The gas and coal industries took a hit too. The world's biggest coal-exporting country, Indonesia, whose coal companies have long dominated national energy policy, made the stunning announcement that it would allow no new coal power plants. Instead, the nation's power sector will go renewable. This is the most powerful signal yet that emerging markets, even those with large domestic coal supplies, are preparing to leapfrog from coal to renewable power — blowing a hole through the oil industry's theory that gas-fired power generation would be the savior of its share values. The news from Indonesia was bad for oil as well as coal and gas: The island nation relies heavily on 5,200 diesel-fired power plants, with 2 gigawatts of capacity — and all of them will be replaced with renewable generation by 2030.

These events are an unprecedented setback for the current oil industry line on climate, which runs like this, with numerous variants:

The shareholder and court actions on Wednesday revealed that the world no longer believes this fable. Worse yet for the oil industry, its customers no longer need to cling to oil and gas to meet their energy needs. The other half of the rising tide that swept the energy industry was on the customer side. Ford Motor Company's website proclaimed the launch of its new electric version of the massively popular F-150 pickup truck with the breezy slogan "Say goodbye to gas." The company simultaneously announced that it will sell 40% electric vehicles by the 2030 model year, joining General Motors and Volkswagen in the race to catch up with the Chinese and compete with Tesla.

An even grimmer market reality for petroleum-based transportation was also unmasked on Wednesday. A new study of trends since 2015 showed that sales of electric vehicles have increased by 41% every year. If that rate simply continues, by 2040 all light-duty passenger vehicles will be powered by electrons, not petroleum. Between now and then we will see a number of tipping points likely to accelerate this flight from oil — particularly the moment when not only do EVs become cheaper to buy and operate (as they already are in many places) but the purchase price of an EV falls below its petroleum-fired competitor.

The oil industry's desperate hope that petroleum and fossil gas had another half century as a dominant energy source — the theory on which even the industry's more aggressive transition advocates, like BP, rest their business plans — now looks like a sand castle washing away in a rising tide. The Engine Company #1 directors now joining the ExxonMobil board have their work cut out for them. Investors who continue to park their money in oil companies whose management strategy is to squander that money looking for new oil or ignoring the evidence will live to regret it. New fields can't compete with existing low-cost Persian Gulf and Russian reserves in a rapidly shrinking petroleum market. Shareholders will find their investments to be just as foolish as the ones other investors made five or six years ago in doomed coal companies like Peabody.

If any single day can be designated the climate tipping point, that day happened this week.