In praise of Cher, the self-proclaimed "Betty White of Rock 'n' Roll"

Talented, confident and versatile, Cher has become a beacon of resiliency, and we're lucky to have her 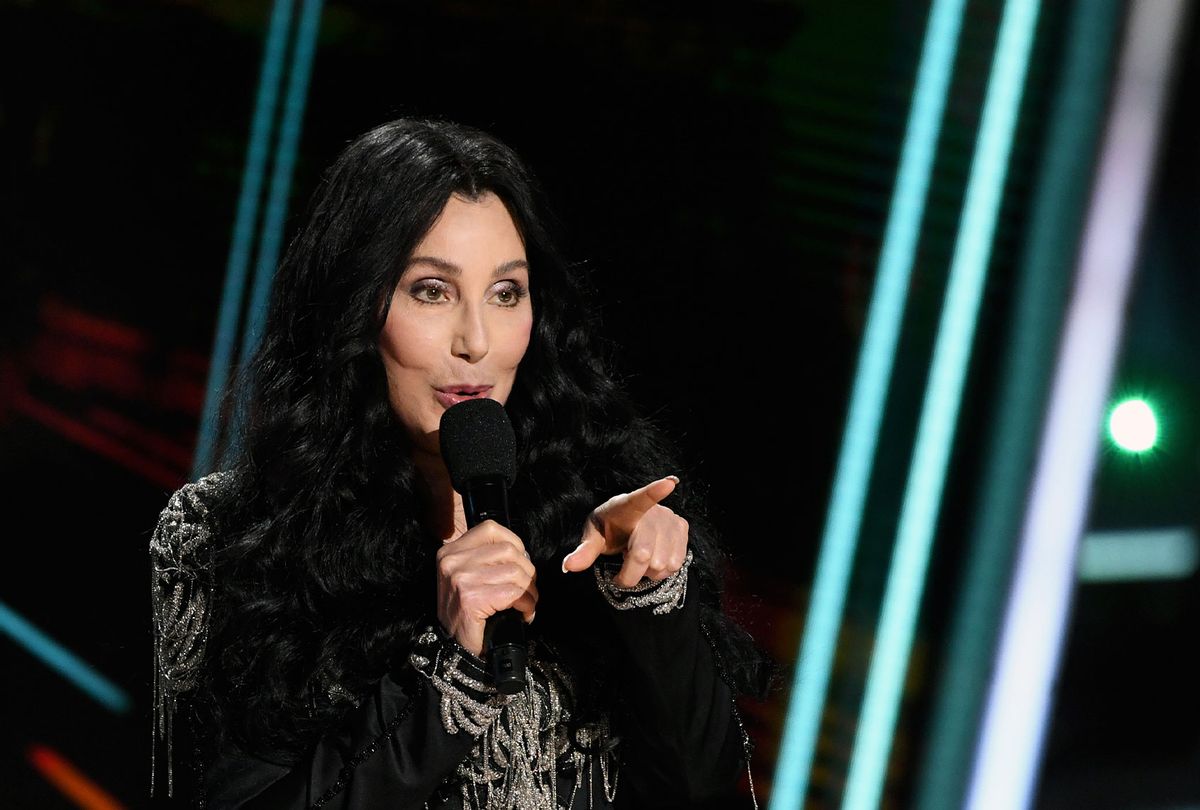 Some people celebrate milestone birthdays with dinner at a nice restaurant or maybe a special vacation. A few weeks ago, however, Cher commemorated her 75th birthday by announcing a biopic based on her life.

The actress and musician is co-producing the film with Judy Craymer, who dreamt up the idea for the "Mamma Mia!" musical, and Gary Goetzman, who co-produced the film adaptation of that ABBA stage production. For good measure, Oscar-winning screenwriter Eric Roth is penning the biopic's script.

It's clear Cher's not exactly viewing this film as a career victory lap, however. Earlier this year, she executive produced and starred in "Cher & the Loneliest Elephant," a documentary chronicling her years-long quest to save the elephant Kaavan from a Pakistan zoo. That film came with her touching new ballad, "Walls," with a lovely, full-throated vocal delivery.

The flurry of activity caps a busy few years for Cher. Pre-pandemic, she toured arenas with Chic featuring Nile Rodgers, headlining a show that felt more like one of her glitzy, costume change-heavy Vegas residencies. At the same time, she maintained a freewheeling Twitter feed with lots of emojis and emotionally generous musings on anything from politics to her own life: "God I wish I knew I was going to live so Long . . . I'm Like The Betty White Of R&R."

Although Cher is often viewed through the lens of a comeback narrative — among other things, she had to extricate herself from a bad business relationship with her late ex-husband, Sonny Bono, as well as climb back from solo career nadirs — this has softened into her being positioned as a beacon of resiliency.

"I feel like a bumper car," she told Vanity Fair in 2010. "If I hit a wall, I'm backing up and going in another direction. And I've hit plenty of fucking walls in my career. But I'm not stopping. I think maybe that's my best quality: I just don't stop."

In contemporary pop culture circles, she's also unstoppable. One of her biggest hits is a bona fide fall daylight savings time meme ("Don't forget to turn back time. Cher with your friends!"), while her 1975 medley and duet with David Bowie on her TV show is considered a YouTube classic. Also iconic? Her infamous movie scene with Nicolas Cage in "Moonstruck" — after he professes his love for her character, she slaps him twice and says, "Snap out of it!"

In real life, she also pulls no punches; for example, the clip of her calling David Letterman an "asshole" during an appearance on his show in the '80s recently made the rounds again. This boldness is no act, however, but a function of her awe-inspiring self-confidence.

"I was smitten by her openness, both as an actress and as a person," Meryl Streep told Vanity Fair in 2010. "It's incredibly disarming — you're a little worried for her, like: 'Are you sure you want to be telling me all this?'"

Cher's one of the few musical artists to earn this confidence, however. Her voice is unmistakable: a velvety warble capable of pop tenderness, rock diva grit, and Broadway-caliber razzmatazz. She knows when to turn up the Cher-ness — that unmistakable vivacious sass, as heard most elegantly on "The Shoop Shoop Song (It's In His Kiss)" — and when to tone things down, to add just the right note of crisp soul or empathetic balladry to a song.

Of course, her career trajectory has a lot to do with this versatility. She sang backup on the Ronettes' "Be My Baby" but later took center stage on indelible hits of her own: the languid mod-rock swing "The Beat Goes On," the cinematic and swaggering "Bang Bang (My Baby Shot Me Down)," the theatrical pop "Gypsies, Tramps & Thieves." In fact, Cher's had a Billboard chart single No. 1 in six consecutive decades, starting in the 1960s ("I Got You Babe," the debut Sonny & Cher single) to the 2010s (the 2013 dance hit "Woman's World").

The corners of her career that maybe weren't as successful are also instructive. She followed up her disco-leaning hits such as the frothy dreamscapes "Take Me Home" and the electric "Hell on Wheels" with a low-key turn as the lead singer of Black Rose, a barnstorming rock band that released an unsuccessful LP in 1980.

She pivoted again on 1982's "I Paralyze," featuring the sax-heavy title track, which sounds like a quirky new wave pop-rock hit (and also wasn't a success). But after her movie career took off, Cher's star rose: These detours gave way to power ballad (and chart) supremacy in the late '80s: the jagged rock hits "I Found Someone" and "If I Could Turn Back Time" paired with towering pop triumphs "After All" and "Just Like Jesse James."

A faithful take on Marc Cohn's "Walking in Memphis" in 1995 eventually led her back to the dancefloor for the Grammy-winning No. 1 dancefloor smash "Believe" and, in 2010, a star turn alongside Christina Aguilera in "Burlesque" — which came paired with a sizzling soundtrack full of Broadway glam and soulful theatricality.

Her acting CV is just as fascinating as her musical one. Cher inexplicably doesn't have a Tony Award, although she has the rest of the EGOT qualifications sewn up; among other awards, she won a Golden Globe for 1983's "Silkwood" and an Oscar for best actress for "Moonstruck." However, as with music, she's also had to prove herself in cinema. Audiences famously laughed at the sight of Cher's name in the trailer for "Silkwood," which devastated her.

However, her '80s film performances have since been lauded for the same kind of openness and sincerity she displays in real life. "Cher's very being on film provokes fascination and, above all else, identification," Mayukh Sen wrote in a 2017 Hazlitt piece. "In her films, she engages the innocent fantasy that brings so many of us to the movies in the first place: That we can come to know these stars, who look as imposing and untouchable as giants in the public eye, as intimately as we know ourselves."

What's incredible is Cher is still eminently relatable despite chameleonic tendencies and restless creativity; she's always pushing herself forward and metamorphosizing. How does she manage to do that? A clue comes from that same 2010 Vanity Fair profile.

"People hated us here; we had to go to Europe to become famous," she told referencing Sonny & Cher. "We influenced a generation, and it's like: What more do you want? Actors don't take me that seriously, either. So I always thought, I'm not an actor; I'm not a singer; I'm somewhere in between. And I've always felt like an outsider, so it doesn't bother me anymore. I like that status, truthfully."

But with her outsider status comes freedom: to be fully and completely herself, to say whatever she wants, and to reinvent herself however she sees fit. Like, for example, as a Twitter oracle fond of sharing simple but insightful advice. "WANT 2 TELL YOU SOMETHING," she tweeted last week, and added a double exclamation mark emoji for good measure. "THIS IS YOUR ONE & ONLY LIFE, & IT WILL GO FASTER THAN YOU THINK.

"FIND PASSION," she added. "IT MIGHT BE WORK,ART,TRAVEL,MUSIC,DOESNT MATTER WHAT IT IS,BUT PASSION WILL SAVE YOU FROM 50% OF PAIN. REMEMBER 'THIS IS NOT A DRESS REHEARSAL'.& DONT SWEAT THE SMALL STUFF." While the all-caps delivery might be off-putting to some, the sentiment is heartfelt and true — a perfect encapsulation of the hard-fought wisdom Cher blesses us with each and every day.