The James Beard winner knows what it feels like to think you don't have much of a future. Now, he's making history 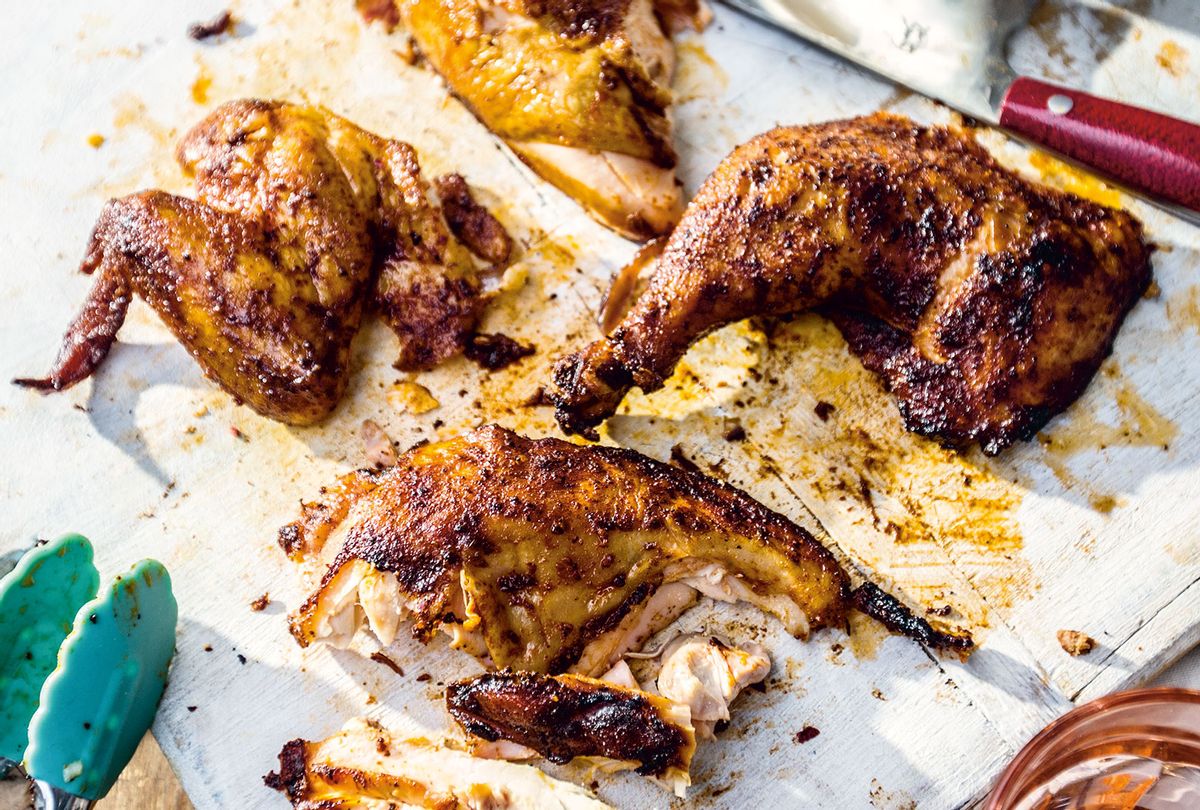 For all of the flack we give America –– in regards to the racism, sexism, classism, colorism and all of the other isms that have spearheaded generations of mass oppression – dreams sometimes do come true. In this country, a cocktail of hard work, innovation and patience can help a person accomplish their goals and experience social mobility.

Take Dinzy, a young guy from my neighborhood who was in between jobs and down to his last $60. Confused and unsure of what to do, he ate his favorite comfort food: Doritos dipped in a special sauce he mixed up from random ingredients in his kitchen.

After Dinzy's friends stopped by to offer encouragement, they began to eat chips with him. Suddenly, every last one was gone. They bought more chips, begging him to whip up some more of that special sauce. Before he knew it, Dinzy was packing up orders for them to take home.

Back for more the next day, Dinzy's friends encouraged him to sell his snacks on Instagram. Just like that, a kid with $60 to his name went on to create a local business that netted him six figures in its very first year.

Similar to Dinzy, James Beard Award-winning chef Rodney Scott knows what it feels like to think you don't have much of a future. On his high school graduation night, a classmate asked him, "Why are you celebrating? You're just going to go down the street to make hogs."

Scott was embarrassed at first, but not defeated. He did leave to smoke hogs on the night of his graduation ­­–– that was his family business. After his dad fell ill, Scott took his place in the company, expanded the business and ultimately became a household name in the culinary industry, winning praise and awards for smoking hogs. Now Scott is releasing "Rodney Scott's World of BBQ," the first cookbook by a Black pitmaster. 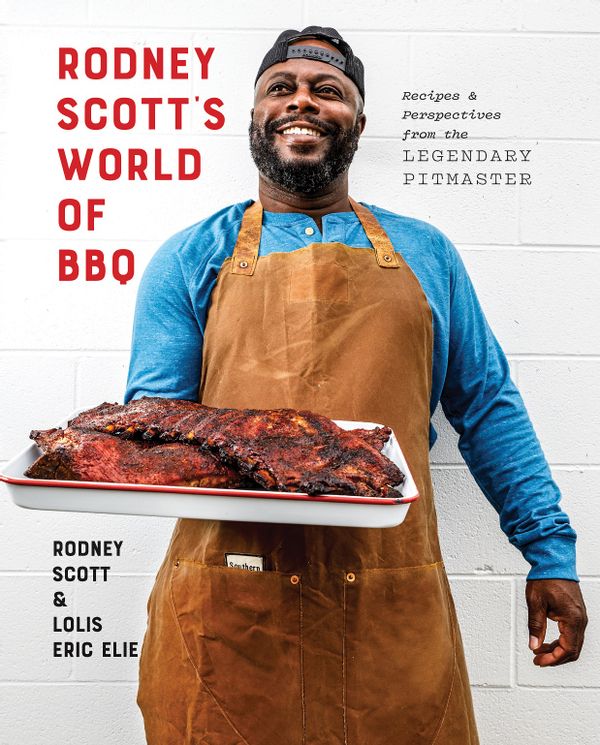 On a recent episode of "Salon Talks," Scott explained how his new book celebrates his family's culinary legacy, life story, and traditions, as well as how he mastered his craft. You can watch the full episode with Scott here, or read a Q&A of our conversation below.

In reading about you and watching the Netflix documentary, I kept going back to when you were talking about your high school graduation night. You were celebrating, happy and someone said, "Why are you celebrating? You're just going to go down the street to make hogs." And at the time, you didn't know that it would lead to this, right?

I had no idea it would lead to this, and that girl comes across my mind all the time. I don't even know if she remembers saying that to me, but all I can say to myself every day was, "I'll show her. I'm going to show her what I'm going to do."

I would say to the people who have things like that in front of them, "Pay attention." Pay attention to what you're doing. You could be doing something that's very valuable. You could be doing something that's very beneficial to other people. Take notes, learn it, try to find the joy in everything about it or put the joy into it. With me, I put music into what I was doing, and I found ways to just read magazines and dream. If I didn't have a magazine or the music playing, I would pick up a map and just kind of mentally take a trip. Find the fun in it. You never know what you're sitting on. You never know what you're holding on to. So find the joy, and pay attention to it. If you don't like it, pick the best parts from it and go from there.

What made you decide to put this book out?

What made me decide to put that book out was, first of all, people questioned me, "Do you have a book coming? Do you have a book coming?" And I never thought about writing a book since before Fifth Grade when I did a good essay. And I was like, "I'm not writing no book. I don't have enough information to put in a book." And it came to me in 2018. They said, again, "Hey, do you want to write a book?" And I said, "You know what, why not? I'll try to tell my story. And if we don't have enough for a book, at least I made the attempt." That was my thought, and we just went ahead and shot for it.

As a chef, is it difficult to put out your recipes, or do you know that nobody can do them like you?

For me, it wasn't difficult to put the recipes out there simply because you can put the recipes in front of people, but they still have to put forth the effort to do it. And a lot of times, people, they look for that finished product. They don't want to go through the process all the time. So they end up going, "Hey, I'll just go get it from him because it's already made." So it's like you're sharing love. So putting the recipe out there wasn't too difficult for me. It kind of felt good.

Man, at first when we were doing it, I was like, "We need to put it out there simple for that person to be able to follow this recipe easily." And the mindset that I had when we were doing that was — and picture this — it was the guy in the backyard that has people coming over later on. He gets a little confused on what he wants to do. He doesn't want to call anybody for help, but he wants to impress these guests later on. So he runs in, grabs this book, opens it to a page, looks at it and says, "I can do this real quick. I got this. I'm about to do this right now." That was the idea to make it simple for that guy to go grab it, open it — or girl — grab it, open it and do their thing without having to go through a lot of procedures.

You speak about how barbecuing is like a science. Kind of like the great jump shooters talk about the mechanics of a perfect jump shot, right?

Yes, I was definitely born into it. I watched so many people do it so many different ways. And there's so many styles that people have for whole hogs and barbecuing — period. And I would always take what I see, compare it to what I'm doing and try to polish up my little ideas, thoughts or procedures on what I'm doing. And I would always take a little bit of what I see and learn and try to apply it on my next event or barbecue or whatever I'm doing. Visiting different places and getting different notes on, "My barbecue don't taste like that. Should I do it that way? I never thought about that procedure. Should I change to that?" So I just kind of took all that and applied it.

Are you the best in your family?

I would definitely say that I'm the best of my family. I was taught by the great Mike Mills that you are the best. OK? If anybody asks you if you're the best, you say, "Yes, I am." And if anybody compares you to anybody else, you say that I'm different. That way you still say you're great, and you still respect the style that the next person has.

As we fight to make it out of pandemic, and we're slowly seeing a lot of restaurants suffer and struggle to reopen, can you talk about what this moment has meant to so many restaurant owners. Do you have any advice for those who are still trying to fight back?

For so many restaurant owners, this moment is an opportunity for them to get back on their feet. For them to be able to rest easy because now your chance is back to survive, to build your restaurant's reputation back up, to build your career back up. Always be prepared for situations like this, if they ever come back again. And the advice I give to everybody is what I always say is every day is a good day — period. I say that all the time because things are going to get better. Here's the opportunity for it to get better. Hang in there, don't give up. We're going to get back to where we were. Fine dining is going to be back with birthday celebrations and business meetings. Barbecue is going to be back to normal again, where people are gathering and eating and having fun and feeling safe all at the same time. So I say, hang in there. It's going to be great all over again.

Do you feel like Congress has done enough to protect restaurants?

Man. It's just three things I try to stay away from — politics, people's religion and people's personal affairs. I just keep my head down and hope that they do the right thing. A lot of my fellow restaurant guys have been saying that they want a lot of help and need a lot of help. And I mean, I get it. Me, personally, I just always wanted to just keep my head down and keep going. I'm going to do the best that I can from where I am and try not to count so much on everybody else.

One thing I wanted to ask you was if there was anything you would say to consumers like me — people who love to eat — about the different ways we can help support our favorite restaurants through this time?

One of the things we can do to help support our favorite restaurants during these tough times is visit them at least once a week, if you can. Tell your friends to visit them at least once a week. Kind of create a rotation to stop by. If it's pork today, beef tomorrow, chicken the third day, visit them. You don't have to buy an expensive meal every time you go, but support them. Let's uplift each other in the restaurant business, and keep us all afloat. I do it. And just showing up every now and again, just spend a little money with them. It could be that one $20 bill that puts them over the edge for that week. And tip your people. Tip them if you can. So make it a rotation. If you can't afford to go all the time, go once or twice a week. Support them.

And what's next for Rodney Scott?