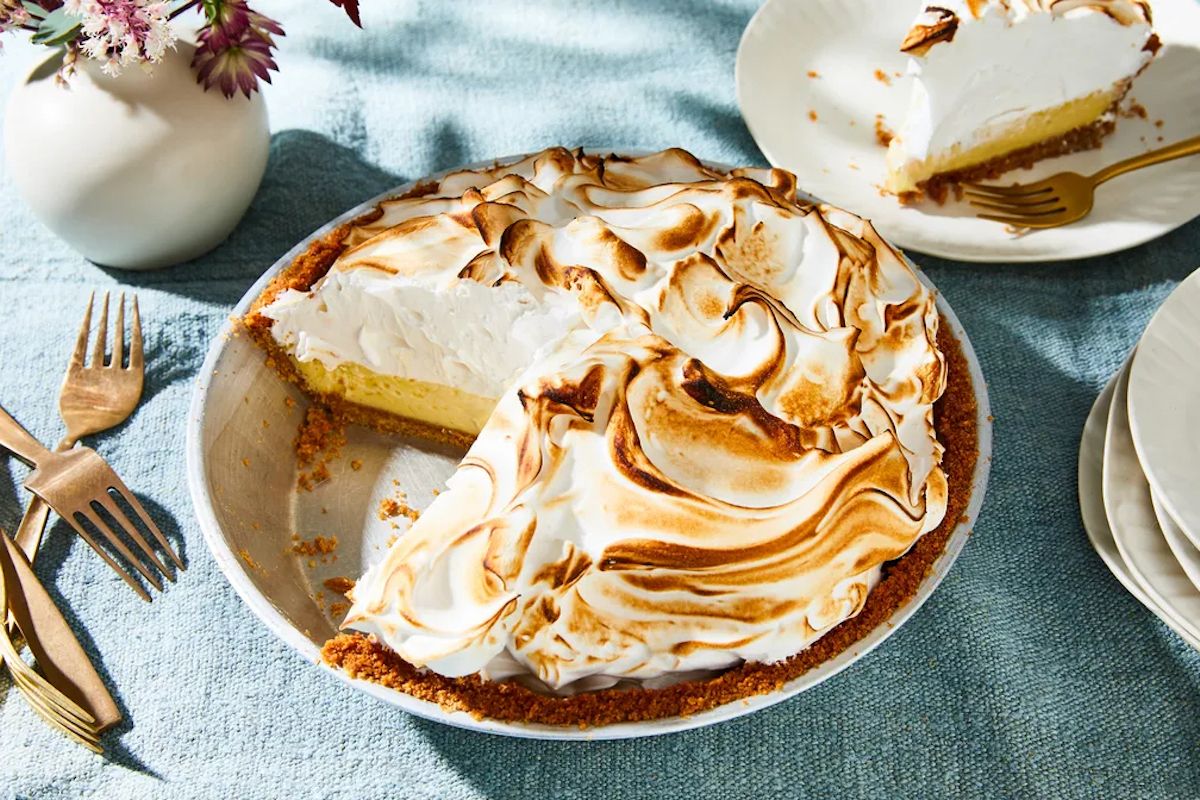 Every week in Genius Recipes—often with your help!—Food52 Founding Editor and lifelong Genius-hunter Kristen Miglore is unearthing recipes that will change the way you cook.

Seeing a pie topped with a spectacular, toasty-tipped coif of meringue, your first reaction might be: That looks stunning! I would really like…someone else to make it for me. (It's definitely mine.)

Meringue pies are mercurial. Meringue pies have rules. Meringue pies are just waiting for you to dedicate a chunk of your day to making a crust and a curd and a fluff, only to see them slowly self-destruct before dinnertime. Or emerge so cloying you abandon your slice for more Ranch Fun Dip instead.

But not Petra Paredez's meringue pie. It comes equipped with a meringue you won't undercook or overwhip, a curd that balances the creamy sweet with floral tang, and—maybe most memorably—the subtle-but-emphatic power of more salt than you think should be there.

After tasting the pie from Petee's Pie Company, where Petra is the co-owner and head baker, our co-founder Amanda Hesser sent it my way. "There were no frills—just thoughtful layering of flavor," Amanda wrote. "Delicious lime curd, not too sweet. And it was topped with a salty—salty!—meringue that was arranged in swirls and lightly toasted. I thought the salty-sweet thing was GENIUS."

And that was before she knew how simple it is to make at home.

As Petra told me, "The challenge for me was just to make something that was as good as my dad's—and then make it different." Her dad's are sold frozen, also swirled with meringue, at her parents' business—Mom's Apple Pie Company in Leesburg, Virginia—where Petra learned how to make and sell great pies.

Like most Key lime pies, the creamy middle in Petra's is as simple as whisking together sweetened condensed milk, egg yolks, and lime juice and zest. But Petra skews hers tart rather than sweet, adding extra lime juice and just enough extra egg yolks to help the curd set. She's tried Key limes and grocery-store Persian limes, and while both will work, the latter are her favorite. "Perhaps another unpopular opinion, but, yes, I think Persian limes are just as good," she told me. "And super tasty and less of a pain in the neck to get a lot of juice out of."(1)

Petra goes with an Italian meringue (egg whites whipped with a hot sugar syrup)—which is more forgiving and stable than French (whipped with not-hot sugar) and Swiss (heated over a double boiler with sugar, then whipped), and is cooked through before it even blops onto the pie. Even if you think you've messed it up—in the video above, I actually did a little, letting my fear of overwhipping keep me from full billowing floof—it will be edible and, in fact, delicious.

And you really don't need to worry about overwhipping it. Petra has discovered that it can rebound, if you just give it a little time. "If you find that you've gotten to the point where it's beyond stiff peaks and it's a harder foam," she told me, "Just chill, have a glass of wine, and then re-whip it afterwards and find that all is not lost."

Far from lost, the salty-sweet meringue will keep tugging you forward. And you—not some future someone—will want to make it again and again.

(1) For more about why the Key limes available to most of us aren't what they used to be, see this informative rant from Stella Parks over on Serious Eats.