Donald Trump is an idea, not a man — and that's why his movement is so dangerous

Laughing at Donald Trump in his Mar-a-Lago exile is missing the point. His movement is getting stronger every day 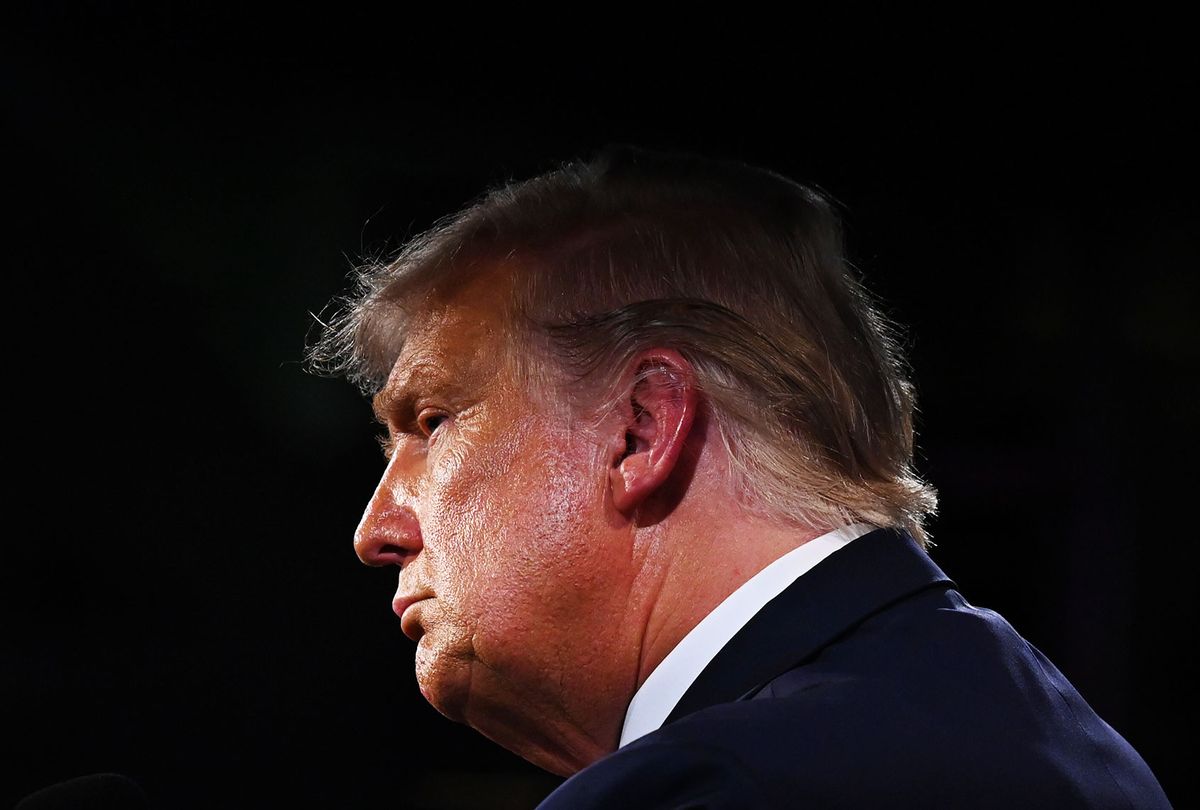 Many Americans love to mock Donald Trump and laugh at him. They're amused by his seeming haplessness and loss of purpose, as he wanders around Mar-a-Lago, reportedly delivering grievance-filled impromptu speeches to strangers. They guffaw at Trump's bombastic proclamations, sent forth from Florida as though he were still president of the United States. Trump's confidants have described him as anxious, bored and unhappy because he is no longer president and is now mostly denied the narcissistic fuel and direct adulation from his followers. In the worldview of liberal schadenfreude, a sad and bored Donald Trump is very funny.

But people also laugh out of fear and anxiety. There is also the phenomenon of hysterical laughter, when a person is so overcome by terror that they laugh uncontrollably.

It is such laughter without humor that best describes America after the Age of Trump, a people and country who still feel terrorized by Trumpism, and by what his Republican Party and fascist movement are doing to overthrow the country's democracy.

To focus on Donald Trump the man is to fundamentally misunderstand how imperiled American society is in this moment.

Donald Trump is no longer a mere person. Indeed, to some extent the human being behind the Trump persona has become irrelevant. For his followers — and just as much for his enemies — he represents an idea, a feeling, a worldview and a movement. We call this "Trumpism": It is a fascist and authoritarian understanding of the world, and an associated set of values and beliefs. Like other forms of fascism, it is not a coherent ideology.

It certainly has identifiable attributes: ultra-nationalism, disregard for the rule of law and human rights, an urge to erase the boundary between private and public, hypermasculinity, a worship of violence and destruction, collective pathology, hatred of the Other, a deep attraction to hierarchy and "tradition," conspiratorial thinking, a rejection of reason, and a desire to annihilate reality and objective truth.

But Trumpism is much more than attributes and definitions: It is a way for the followers to give meaning to their lives and fill up their internal moral and intellectual emptiness. Like other forms of fascism, Trumpism offers a solution for the deep resentment its followers feel toward other individuals and groups they deem to have somehow hurt them. Such resentments are often focused on ideas such as "progress" or the "future" — in the case of Trumpism, on "political correctness" and "cancel culture" and "liberal elites" who want to tell "people like us" in the "heartland" what to do.

The tools of normal politics in a democracy, such as campaigns and elections, voting, a belief in the inherent value of "bipartisanship" and "compromise" with the opposition, majoritarianism with respect for minority voices, pluralism and responsiveness to the public will are almost useless, if not wholly obsolete, in a battle against fascists and other political extremists.

Although Joe Biden is now president and has done an excellent job of confronting the pandemic and trying to resuscitate the economy, Trumpism still has a firm hold on tens of millions of Americans.

Moreover, powered by the January coup attempt in combination with the Big Lie about the 2020 election, it appears that the power of Trumpism is actually increasing, even if Donald Trump the person holds no formal political power.

Trump has de facto control of the Republican Party. A large majority of Republican elected officials have pledged loyalty to him and his movement. Some Republicans have admitted to being in fear of their lives if they dissent from the doctrines of Trumpism and the Great Leader's commands.

Long in the planning, Trumpism has now empowered the Republican Party to begin a full assault on democracy itself through a nationwide 21st-century Jim Crow campaign to stop Black and brown people (and others who support the Democratic Party) from voting.

A large percentage of Republicans also express support for the Jan. 6 assault on the U.S. Capitol.

A new study from PRRI and the Interfaith Youth Core shows that 20 percent of Americans believe in the antisemitic QAnon conspiracy theory, which is integral to the far right's Big Lie and its Orwellian strategy of attempting to rewrite reality. The same study found that 28 percent of Republicans believe in the QAnon claims about an upcoming battle, in which the secret forces of righteousness will sweep away the "evil" and corrupt Democrats and ruling elites.

Other public opinion polls and research have confirmed that the Republican Party and its followers are being increasingly radicalized into political violence and other anti-democratic behavior and values.

To this point, the Democrats and other mainstream defenders of American democracy have largely been caught flatfooted and seemingly unaware in their fight against Trumpism.

In an interview with Edward-Isaac Dovere at the Atlantic, President Biden said of Trump, "I underestimated his ability to take the big lie and turn it into something that was salable."

Sen. Mitt Romney, who is one of the "respectable" and "traditional" Republicans that the mainstream news media loves to fawn over, recently described Trump's power in an interview with The Hill: "He seems to have a pretty good hold on the base of our party. I think that's unlikely to be swayed by almost anything."

Democrats and others who remain invested in "the system," and who value protecting existing institutions in hopes of a return to "normal," fail to understand basic truths: They are not fighting a political movement that fits within that conceptual framework, but one that intends to destroy it. Fighting Trumpism and other forms of fascism is like grappling with a mud monster or ectoplasm, something that is both a liquid and a solid and nearly impossible to grasp firmly.

What then is to be done? Democrats and other would-be defenders of American democracy must accept that Trumpists — like others who have joined fascist and authoritarian cult movements — cannot be negotiated with. Instead, the movement to which they have pledged eternal loyalty must be revealed a futile cause and utterly destroyed.

Trump-Republicans and other rank-and-file neofascists must also have their internal belief systems broken down through a personal epiphany. The Democrats and their allies cannot directly create that outcome, but they can alter the political and material realities so that such a change in thinking is more likely to occur.

Joe Biden and other Democrats who believe in the inherent goodness of the American people must accept that many of Donald Trump's followers are dead-enders who will never be won over. As Hillary Clinton warned in 2016, these people are true deplorables.

Ultimately, to win the battle for America's future the Democrats must tell better stories than the fascists do. They must emphasize moral struggle, the meaning of real patriotism and the existential importance of this struggle against a party and a movement that hungers to uproot democracy and replace it with tyranny.