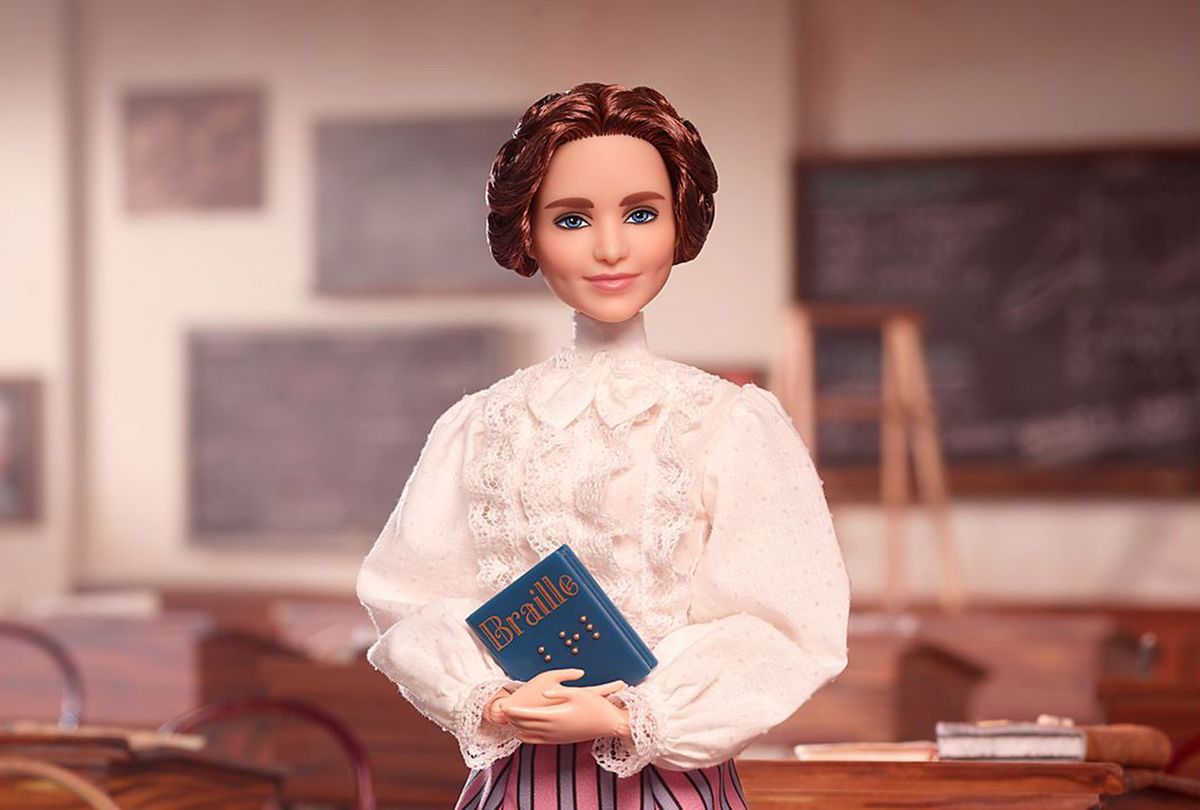 Since its debut in 2018, Mattel's "Inspiring Women" Barbie series has covered a dozen women trailblazers, from Rosa Parks and Susan B. Anthony to Sally Ride and Maya Angelou.

The latest is Helen Keller, who became the first deafblind person to receive a B.A. degree when she graduated from Radcliffe College in 1904. She went on to become one of the most celebrated and prolific humanitarians of the 20th century, advocating for women, workers, and other people with deafness, blindness, and deafblindness. She also helped found the American Civil Liberties Union in 1920.

Like previous Inspiring Women dolls, Keller's Barbie features historically accurate details that reveal a little about who she was and when she lived. Using photos of Keller and other research about early 20th-century fashion, Barbie designer Carlyle Nuera developed an outfit in line with what Keller would've worn during her college days.

"I designed a high-neck blouse with puff sleeves, done in white cotton swiss dot trimmed in lace. I wanted something textural, something you could feel, to reference how braille is read," Nuera explained in a news release. "For the skirt, I went with a stripe in muted colors typical of Edwardian dress."

The National Federation of the Blind consulted on the project and even came up with the idea for Keller's book to include a little braille. The front cover features, in braille, the abbreviation for the word braille: the letters BRL. Though the raised dots aren't large enough to really be legible, the braille on the doll's packaging is.

You can order the Helen Keller Barbie through Mattel's website for $30.

This article contains affiliate links to products selected by Mental Floss editors. Mental Floss may receive a commission for purchases made through these links.