Dark matter's weirdness could be explained by a new, as-yet-unseen fundamental force

Perhaps dark matter is hard to observe because it interacts via a new, unknown force, a novel new theory proposes 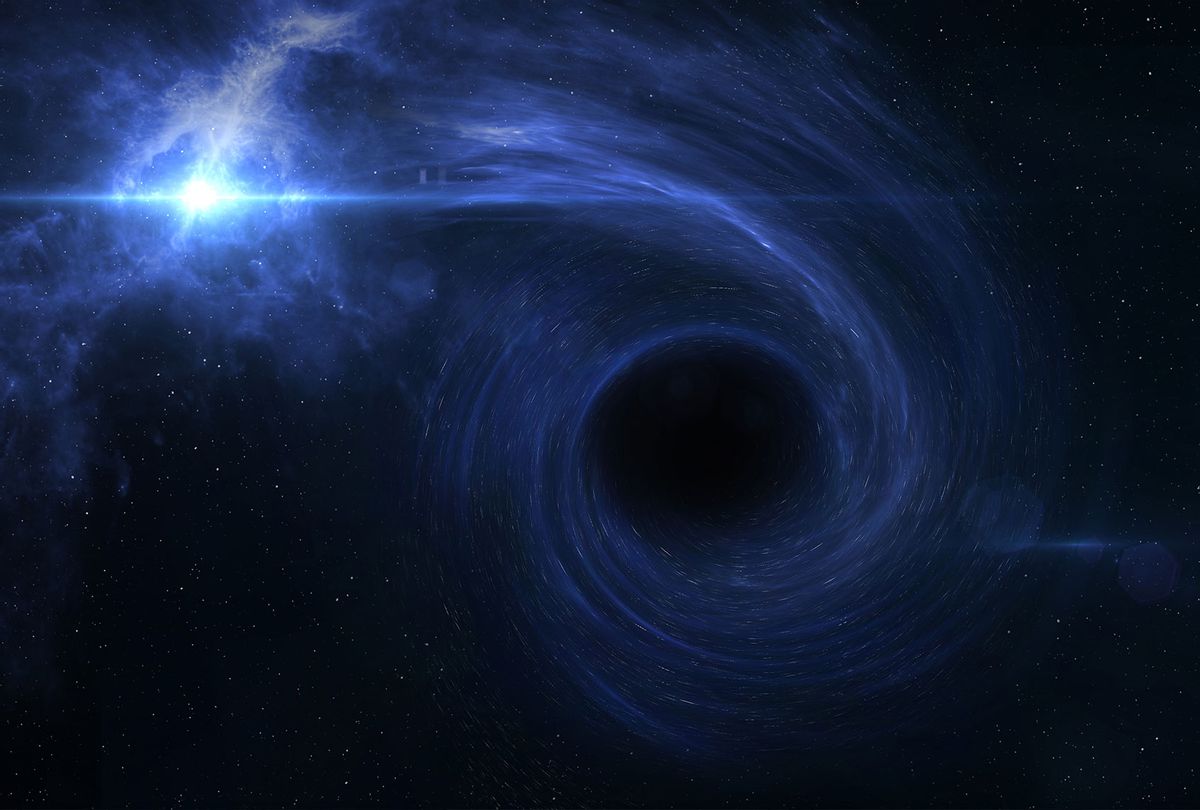 Dark matter makes up 27 percent of the universe's total mass and energy — nearly five times more than "normal" matter that comprises planets and stars. True to its name, dark matter is hard to directly observe; yet astronomers are certain it exists because of the huge gravitational effect it has on galaxies and the stars that live within them.

So far, none of the efforts to figure out the nature of the particles that constitute dark matter have borne fruit. That's because as far as anyone can tell, dark matter is extremely non-interacting: just as humans walk through a still room barely noticing the atmosphere that surrounds us, dark matter seems to barely ever touch, even faintly, the normal matter that it hovers around. It is bound to our world by gravity only, and only tugs on other things that also possess gravity.

Modern dark matter detectors — which, technically, haven't definitively detected anything yet — operate on the principle that dark matter should, if one waits around long enough, eventually touch a piece of normal matter in such a way that we could briefly sense its ghostly signature. Yet such experiments continue to turn up empty, despite instrumentation growing increasingly sensitive.

That has led physicists to start asking other questions about dark matter. Is there something fundamental missing about our theories about how to interact with it? Or could it have properties different than we theorized?

Now, a new paper proposes a completely new theory that would explain so much of dark matter's weirdness. What if dark matter was interacting with itself in ways besides gravitationally — yet via a fifth fundamental force, one as-yet-unknown?

According to the Standard Model of Particle Physics, the gold standard theory of forces and particles, there are four known forces in the universe. Two of them are quotidian and easily visible: gravity and the electromagnetic force. One of them, the strong force, binds atomic nuclei together; the last, the weak force, is implicated in certain types of radioactive decay.

Yet a new research paper in the Journal of High Energy Physics suggests that dark matter could be explained by a proposed fifth fundamental force.

"We live in an ocean of dark matter, yet we know very little about what it could be," said Flip Tanedo, an assistant professor of physics and astronomy and the senior author of the paper. "It is one of the most vexing known unknowns in nature. We know it exists, but we do not know how to look for it or why it hasn't shown up where we expected it."

The theory goes more or less like this: Much of the dark matter in the universe doesn't behave like the particles we know and study. Perhaps these "invisible" particles interact with other, equally invisible particles in a way that causes them to stop acting like particles — hence, the difficulty observing them.

Notably, dark matter does seem to interact with itself — in ways besides gravitationally, and especially at close range. No one is sure how. This new theory could help explain that.

Of course, that question leads to another question: what are these invisible particles that dark matter is interacting with?

"The goal of my research program for the past two years is to extend the idea of dark matter 'talking' to dark forces," Tanedo said. "Over the past decade, physicists have come to appreciate that, in addition to dark matter, hidden dark forces may govern dark matter's interactions. These could completely rewrite the rules for how one ought to look for dark matter."

Tanedo is proposing that these dark forces — potentially a so-called fifth force — operate when two dark matter particles are attracting or repelling each other. But there's more to it than that, including a potential fourth dimension at play, too.

"Our ongoing research program at UCR [University of California, Riverside] is a further generalization of the dark force proposal," he said. "Our observed universe has three dimensions of space. We propose that there may be a fourth dimension that only the dark forces know about. The extra dimension can explain why dark matter has hidden so well from our attempts to study it in a lab."

In the world as we know it, length, width and depth constitute the three spatial dimensions. Time is often considered a dimension too, although it cannot be traversed in the same way. Many physics theories postulate that there are more dimensions that exist that aren't directly accessible; famously, string theory requires the existence of many additional dimensions, albeit they would be "small" dimensions that particles wiggle in and out of, not traversable ones like the three that humans know and love.

"Since these conformal field theories were both intractable and unusual, they hadn't really been systematically applied to dark matter," Tanedo added. "Instead of using that language, we work with the holographic extra-dimensional theory."

Tanedo argues that mathematical tricks, that don't mimic the behavior of visible particles, could help researchers better understand what's going on with dark matter. Hence, in Tanedo's theory, the intensity of the hypothetical "dark" force would have an unusual relationship to distance. Both magnetism and gravity decrease exponentially as objects with those properties move together or apart; whereas the the force between dark matter particles would vary in a different way.

So, what is the feasibility of dark matter involving a fifth fundamental force?

"There are hints that dwarf galaxies have cores rather than cusps of dark matter — as would be the case if the dark matter particles were not interacting with each other (the premise of the standard cosmological model)," said Avi Loeb, the former chair of astronomy at Harvard University, in an email. "One way to get the needed cores is by allowing the dark matter particles to scatter off each other (but not off ordinary matter) with a relatively large cross-section, similar to that of the one of light with free electrons and protons."

Loeb added that this specific research paper in question suggests a novel origin for dark matter interactions which "stems from a sector of mediating particles hidden in extra dimensions."

"The interaction between dark matter particles depends on their separation in a way that is different from previous models in the standard three dimensional space," Loeb said. "This innovative model can be tested with better astrophysical data."

As Tanedo and his team further their research, identifying blind spots is a priority.

"My research program targets one of the assumptions we make about particle physics: that the interaction of particles is well-described by the exchange of more particles," he said. "While that is true for ordinary matter, there's no reason to assume that for dark matter. Their interactions could be described by a continuum of exchanged particles rather than just exchanging a single type of force particle."